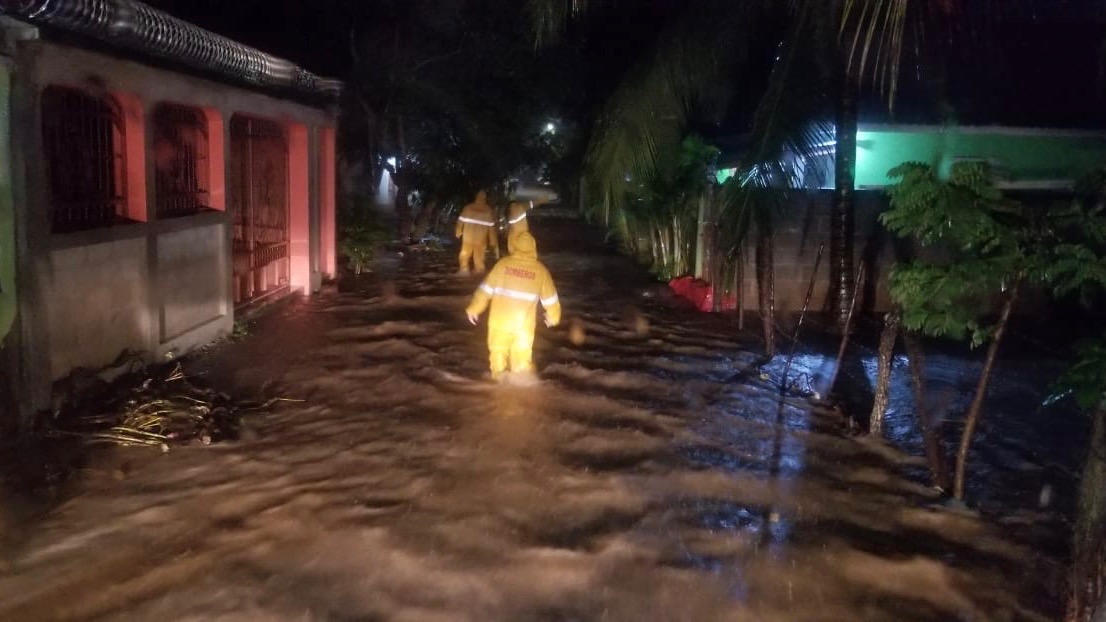 Hurricane Iota struck Nicaragua’s Caribbean coast as a Category 4 hurricane late on November 16, bringing strong winds of 155 mph (249 km/h) and torrential rains in different parts of the country, still recovering from the impacts of Hurricane Eta two weeks ago.

The US National Hurricane Center (NHC), which is responsible for issuing forecasts for all tropical storms in the North Atlantic and Northeast Pacific basins, on November 17, informed that Iota had weakened into a tropical storm and was moving inland north towards Honduras, El Salvador and Guatemala. However, the NHC warned that its heavy rains still posed a risk of life-threatening flooding, storm surge, devastating winds and mudslides across Central America in the coming days.

Iota has already claimed the lives of nine people throughout Central America, Reuters reported. Nicaraguan vice-president Rosario Murillo said at least six people had died due to drowning as they were dragged down by flooding rivers. Colombian president Iván Duque informed two people were killed on Colombia’s Providencia island, after it was bashed by Iota. Panama’s government also reported that one person had died in its western Ngabe-Bugle Indigenous region, near the border with Costa Rica, due to conditions caused by the storm.

In Nicaragua, more than 40,000 people were evacuated and are living in shelters. The extent of the damage caused is still unclear as much of the affected areas have been without electricity, phone and internet services since November 3 when Hurricane Eta made landfall.

Honduras, yesterday began experiencing flooding rains and high winds. The authorities evacuated residents of low-lying, flood-prone areas as well as of mountainous areas vulnerable to landslides. The government also closed bridges and highways across the country, while opening more than 600 shelters where some 13,000 citizens sought refuge.

According to reports from Honduran journalist Gilda Silvestrucci of Telesur, the shelters provided by the government do not have the necessary conditions nor capacity to attend to the population. Thousands still remain stranded in the Northern region of the country located on the Caribbean coast.

Iota will prove to be a catastrophic hurricane for Central America, especially for Nicaragua, which has been hit by two major hurricanes for the first time in the same hurricane season in less than two weeks. Hurricanes that reach Category 3 or higher are called ‘major hurricanes’ because of their potential to cause devastating damage to life and property.

Flooding rainfalls due to Iota are expected to be one of the biggest dangers for all Central American countries, from Panama to Belize, which are already struggling to recover from the devastation caused by Eta’s heavy rains.

Eta, which caused flash floods and landslides, was responsible for the death of over 150 people across the region. It affected more than 2.5 million people, forced the evacuation of over 100,000 people, and damaged thousands of homes and other infrastructures.

Iota could exacerbate the situation especially in Honduras and Guatemala, which are both suffering from decades of widespread corruption, neoliberal economic policies and chronic under-funding of public sectors.

Iota is the record 30th named storm of this year’s unusually active hurricane season over the Atlantic Basin. It’s also the ninth storm to rapidly intensify this season, a dangerous phenomenon that is attributed to climate change, causing hurricanes to stay strong for longer, move further inland and cause more destruction. The hurricane season officially ends November 30.