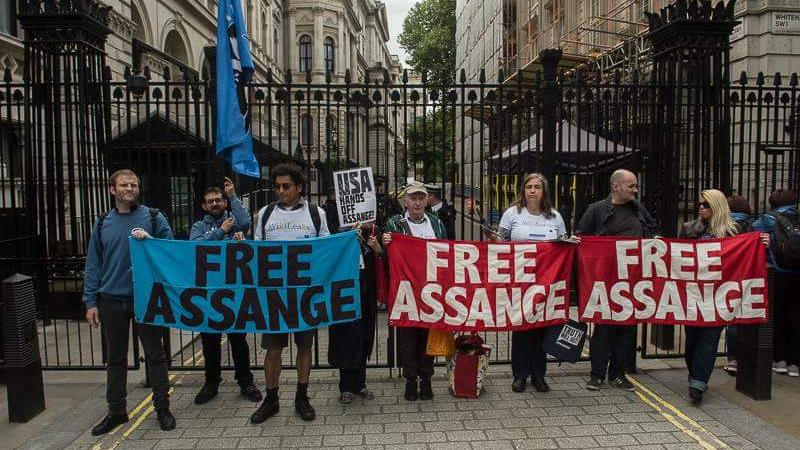 Family members of Wikileaks founder, Julian Assange, have raised serious concerns of his well-being after a major COVID-19 outbreak has been reported in the Belmarsh prison. On Tuesday, November 24, Stella Moris, Assange’s partner, tweeted that at least 56 people in his house block in Belmarsh prison, including staff and inmates, were found to have been infected. Earlier this week, Moris had stated that the number, as per information Assange had received, was around 70.

Last week Wikileaks reported that Assange, along with nearly 200 other inmates of his house block, had been under lockdown since November 18. The lockdown was imposed after three COVID-19 cases were reported in the prison. Since the lockdown, the number of cases increased substantially, though the authorities are yet to reveal the exact numbers.

Assange’s family members, including his mother Christine Assange, have raised alarm at the rising numbers of cases in the prison complex. “If my son dies from COVID-19 it will be murder,” she said, pointing out how medical practitioners have repeatedly warned the government and prison authorities that Assange is risk-prone to any outbreak in the prison.

Watch | If Julian Is Guilty So Am I: Roger Waters

This is also not the first time that Belmarsh prison reported a COVID-19 infection. The first such infection was reported in April. This was barely a week after a UK court rejected an emergency bail plea for Assange over the then newly discovered spread among inmates and prison staff.

Multiple medical practitioners and civil society groups have consistently raised concerns of Assange’s deteriorating health and have pleaded with the government for his release. Earlier this year, the UK government’s briefly-implemented early release scheme for high-risk inmates, which released only 275, had estimated more than 2,000 inmates under its very restrictive and stringent criteria.

Assange has been held at the Belmarsh prison since April 2019, earlier for violating bail conditions and later under judicial remand as he awaits a judgement of the ongoing extradition case against him.