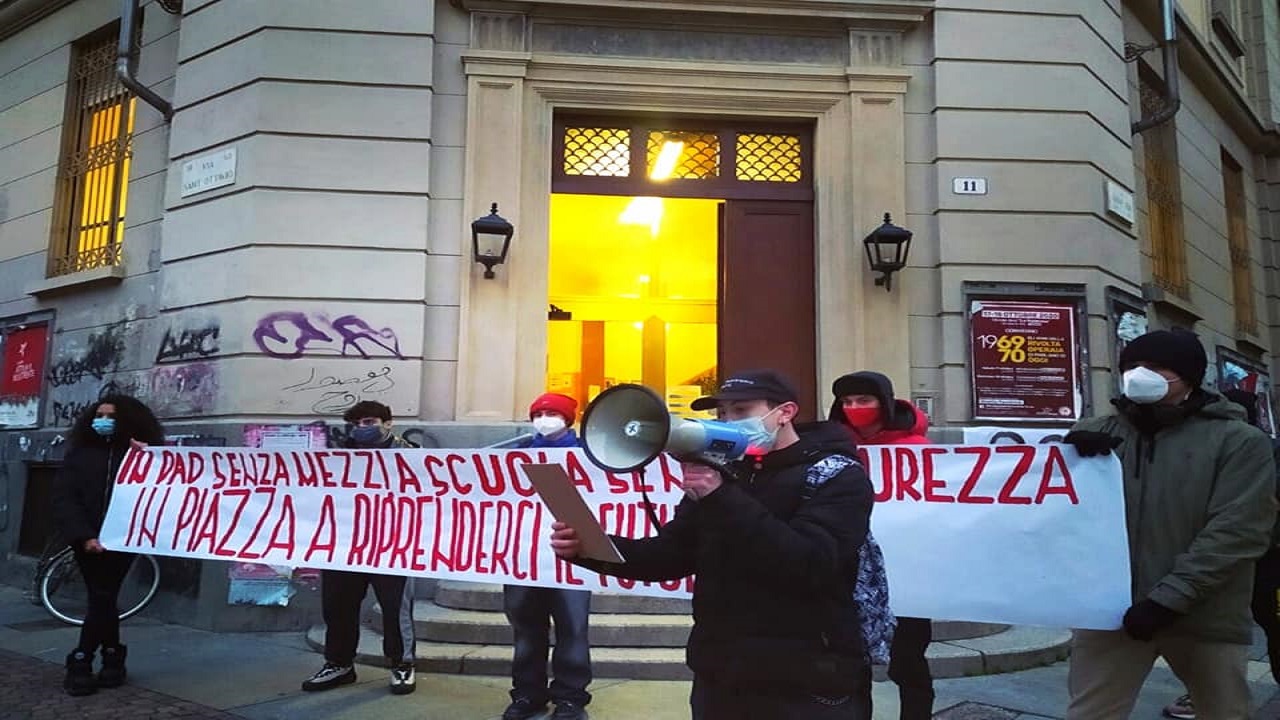 On Thursday, January 7, Communist Youth Front (FGC) organized demonstrations in several cities across Italy demanding safer classrooms. Schools across Italy were supposed to be reopened on that day but the government postponed the reopening to Monday. The FGC organized protests in the cities of Rome, Milan, Naples, Turin, Florence, Perugia, Catania, Padova, Salerno, Taranto, Cosenza, Gorizia and Ascoli. The protesters said that since the beginning of the pandemic, nothing substantial has been done to ensure safety in schools and respect for students’ rights during online lessons.

FGC also gave a call for a national mobilization of students on January 29, demanding safety in schools and in solidarity with the national general strike called by the trade unions and other progressive sections protesting the precarious situation of the working class during the COVID-19 crisis .

FGC has stated that the “government has once again changed its mind and decided to reopen schools on January 11. Students are thrown into the greatest uncertainty. The lack of clear outlook on public education is not caused by incompetence but by precise political choices to adapt the agenda to the need of Confindustria [General Confederation of Italian Industry] and businesses”.

The organization said that those in power were united in their willingness to pass the social cost on to workers, thus also affecting students. “On January 29 we will join the general strike, we combine students’ efforts with workers and build national student mobilization,” added FGC.

The Communist Refoundation Party (PRC) in Italy also raised serious concerns regarding the government’s insensitivity towards ensuring safety of students in the wake of the reopening of the schools.

Even though Italy had started  reopening schools by September following the first round of lockdown due to COVID-19, it was forced to shut them down again due to another spike in cases. As of January 9, around 2,257,866 COVID-19 infections have been recorded in Italy with 78,394 deaths. As of the same day, Italy had vaccinated 512,824 people across the country.

Vincenzo Colaprice from the Young Communists (GC) in Italy told Peoples Dispatch that “Now more than ever it is necessary to ensure that the right to health is respected for everyone and to ensure public control over the vaccination campaign, hinder private profit and ensure transparency in agreements with multinationals.”