Skip to content
Over the past two weeks, protests have been held in Dublin following the shooting of George Nkencho, a 27-year-old Black man, by the police on the outskirts of the city

Protests demanding justice for 27-year-old George Nkencho continue in Ireland. Nkencho, a Black man of Nigerian origin, was shot to death by the Armed Support Unit of the Blanchardstown Garda outside his home in Clonee, in the outskirts of Dublin on December 30. On the night of January 13, hundreds of people participated in a candlelight vigil in the Dublin suburb of Blanchardstown in memory of Nkencho and to demand justice in his case.

Last week, anti-racist, Black rights groups and other progressive sections held protests in Dublin and surrounding suburbs to demand a fair and independent inquiry into the shooting. Since January 1, demonstrations have been held outside Blanchardstown Garda Station, the unit responsible for his murder.

According to the reports, armed police shot George Nkencho after an altercation in a local supermarket wherein Nkencho showed he had a knife on him. Upon reaching his family home, the police shot and killed him.

His murder at the hands of the police provoked an immediate outcry and in the aftermath, the Garda Síochána Ombudsman Commission (GSOC) announced that they will look into the incident. The autopsy conducted as part of the State’s investigation found that George had been shot six times.

The protesters have been demanding transparency in the investigation, prosecution of the culprits and reforms in the Garda. Following a protest by community members on January 3, the Connolly Youth Movement – Dublin reported the protesters alleging that “GSOC or some state backed ‘independent body,’ cannot be trusted to hold an impartial investigation implicating the state or Gardaí for wrongdoing. Gardaí have on numerous occasions invented or meddled with evidence.”

“Gardaí have proven racist prejudices, in a variety of their own internal studies, towards travelers and migrant communities. Why was this not addressed before giving them guns? Why are they ill-equipped for those suffering from mental illness? Why would they think it was safe to shoot a gun towards a house with a family inside? Real reform is needed,” a post by the movement added.

Unite Against Racism stated that “when vile racist lies are circulated to attack a dead man (who can’t defend himself anymore) and his community, standing up to racism is an important duty for us.”

The Connolly Youth Movement (CYM) and the Young Socialists- Militant Left expressed solidarity with the protests and demanded a fair inquiry into the incident. Alexander Homits of the Connolly Youth Movement (CYM) told Peoples Dispatch, “CYM condemns the shooting of George Nkencho. This situation, that occurred in one of many over policed and stigmatized working class communities required de escalation and compassion, and instead was resolved in less than half an hour with the death of a young man.” 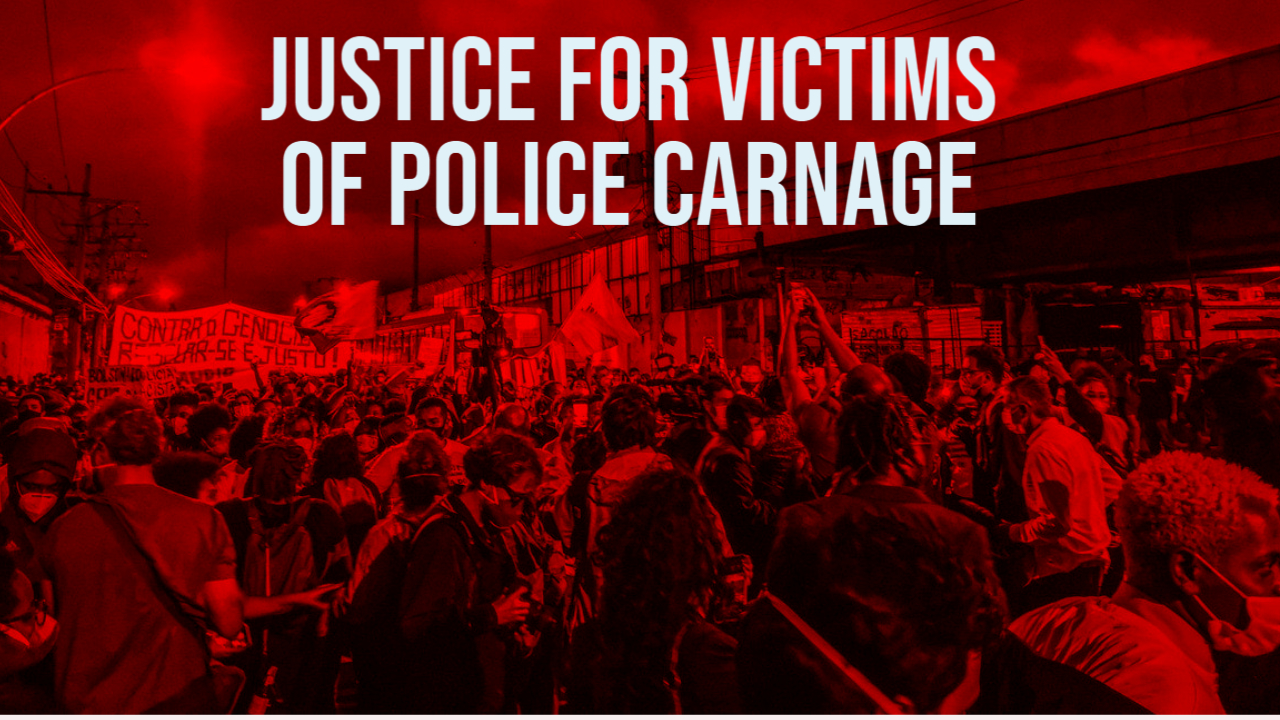