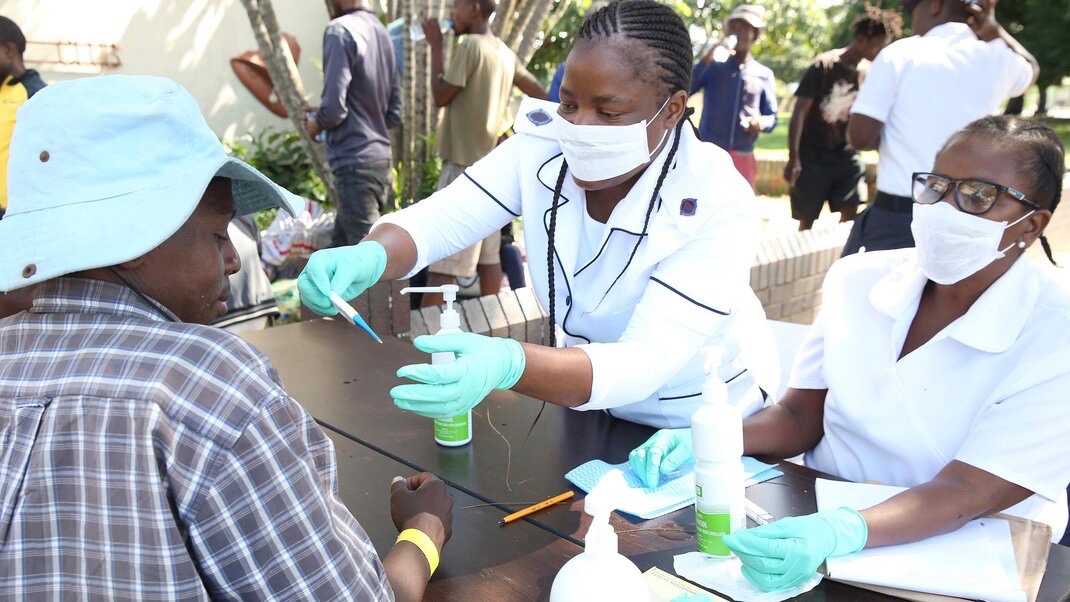 Over the last two weeks alone, almost 10,000 new deaths have been recorded on the continent and the total number of cases has risen by 447,967 from the 2,728,817 recorded on December 31. Across the continent as cases are drastically rising, concerns remain over under testing, lack of proper equipment and supplies, and what vaccine access and roll out will look like over the next couple of months.

With around 1.31 million cases, South Africa has the highest concentration of COVID-19 infections on the continent. Total deaths in the country have exceeded 36,000. On Wednesday alone, 806 fatalities were recorded.

Cases in Nigeria, the most populous country on the continent, crossed the 100,000 mark on January 10 and have since increased by another 7,345 cases. There are deep concerns about under testing in this country. One in six people tested between December 27 and January 9 were found COVID-19 positive. Despite this fresh wave, the National Universities Commission (NUC) in Nigeria has directed the vice chancellors of universities to resume academic activities on January 18.

Zimbabwe has also seen a fresh spike in cases. Although the total number of cases here is relatively low at 26,109 as on January 15, the health system in the country is reeling under the impact of a severe economic crisis.

“All health facilities in (the capital city) Harare that are dealing with COVID-19 cases are at full capacity due to more demand for hospital beds as COVID-19 cases increase,” said Itai Ruskie, the executive director of the Community Working Group on Health, a grassroots organization advocating for universal healthcare access.

The Zimbabwe Association of Doctors for Human Rights (ZADHR) said in a statement, “The surge in new infections has overwhelmed hospitals which fail to cater for the increased number of COVID-19-related hospital admissions. ZADHR condemns in the strongest terms possible the sad situation of limited intensive care unit capacity almost 10 months after the detection of the first COVID-19 case.”

“The positivity rate in the few tests done over the past few days has been averaging 20 per cent, highlighting the possibility that the pandemic could be much worse than what is reflecting in the government statistics,” the statement added.

Meanwhile, the African Union (AU) has established a 10-member African Vaccine Acquisition Task Team (AVATT). South African president Cyril Ramaphosa, in his capacity as the chair of the AU, said in a statement, “we have so far secured a commitment of a provisional amount of 270 million vaccines from three major suppliers: Pfizer, AstraZeneca (through Serum Institute of India) and Johnson & Johnson.”

It is expected that at least 50 million of these vaccines will be made available between April to June. SA News reported that “Upon delivery of the vaccines, member states may pay using their internal resources or access an installment payment facility of up to five years offered by Afreximbank.”

The report added that once AU member states place their orders, Afreximbank will provide an “advance procurement commitment guarantees of up to US$2 billion to the manufacturers on behalf of member states.”

“These endeavors aim to supplement the COVAX efforts, and to ensure that as many dosages of vaccine as possible become available throughout Africa as soon as possible,” Ramaphosa said.

However, only 300 million people, or a mere 20% of the continent’s population, can be covered by the number of doses that are to be procured as a part of the COVAX initiative. At least 60% of the population needs to be vaccinated to cultivate herd immunity.