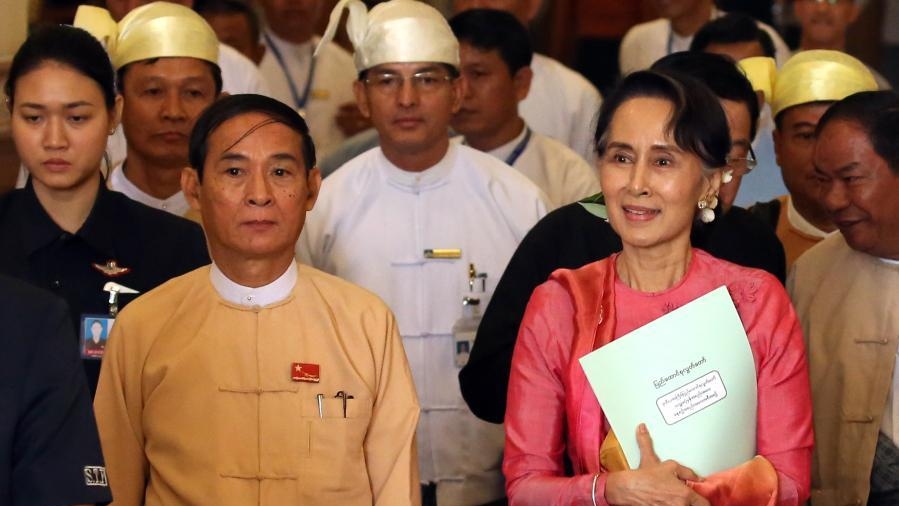 A day after assuring the world that it will not intervene in civilian affairs, the military declared a state of emergency in Myanmar and arrested the top leaders of the state, including president U Win Myint and state counselor Aung San Suu Kyi on Monday, February 1.

In a video broadcast, the military declared that state power has been handed to the commander-in-chief of the armed forces, general Min Aung Hlaing, and a state of emergency has been imposed for one year.

Other political activists and leaders in provinces have also reportedly been detained. The government also suspended internet and telephone services along with taking the state media off air.

Alleged fraud in the Parliamentary elections

The military had been clashing with the civilian administration of the country since the declaration of the results of the parliamentary elections held in November last year, claiming widespread fraud. Aung San Suu Kyi’s National League for Democracy (NLD) had won two thirds of majority in both houses of the parliament. The military, as per the 2008 constitution, has 25% of the seats reserved for its members. They also backed the Union Solidarity and Development Party (USDP), which did not win many seats in the election.

The parliament was to open on Monday for its new term.

Reacting to the coup, Aung San Suu Kyi asked the people not to accept it and protest the act “wholeheartedly.” She termed the actions of the military an attempt to “put the country back under a dictatorship.” Her statement was published by her party, NLD.

Reacting to the developments in Myanmar, the United Nation said that the coup was totally unacceptable as it is an “attempt to undermine democracy and rule of law” and called for the release of all political prisoners immediately.

“Attempts to undermine #democracy & rule of law are unacceptable”

Several other countries voiced their opposition to the coup and asked the military to respect the mandate of the people and to release all political activists and leaders. Charles Santiago, the chair of ASEAN for Human Rights, urged ASEAN to use its diplomatic power to help protect democracy in Myanmar, Al-Jazeera reported. Myanmar is a member of ASEAN.

A long history of coups and human rights violations

Myanmar (earlier Burma), once a British colony, has mostly been ruled by the military since a 1962 coup. The coup on Monday is similar to the one carried out in 1990 when the military, nullifying the then parliamentary election results won by NLD, arrested Suu Kyi and other leaders and imposed martial law in the country for more than a decade.

Decades of military rule was partially lifted in 2008 after a consistent global campaign led by the UN and a slow transition to democracy was allowed, leading Suu Kyi to de-facto power in 2016 as state councilor under the 2008 constitution.

Suu Kyi’s resistance to military rule was widely recognized in the world and she won the Nobel Peace Prize in 1991. However, her government’s failure to stop the persecution of the minority Rohingya Muslims 2015 onwards raised serious questions about her commitments to human rights and democracy.