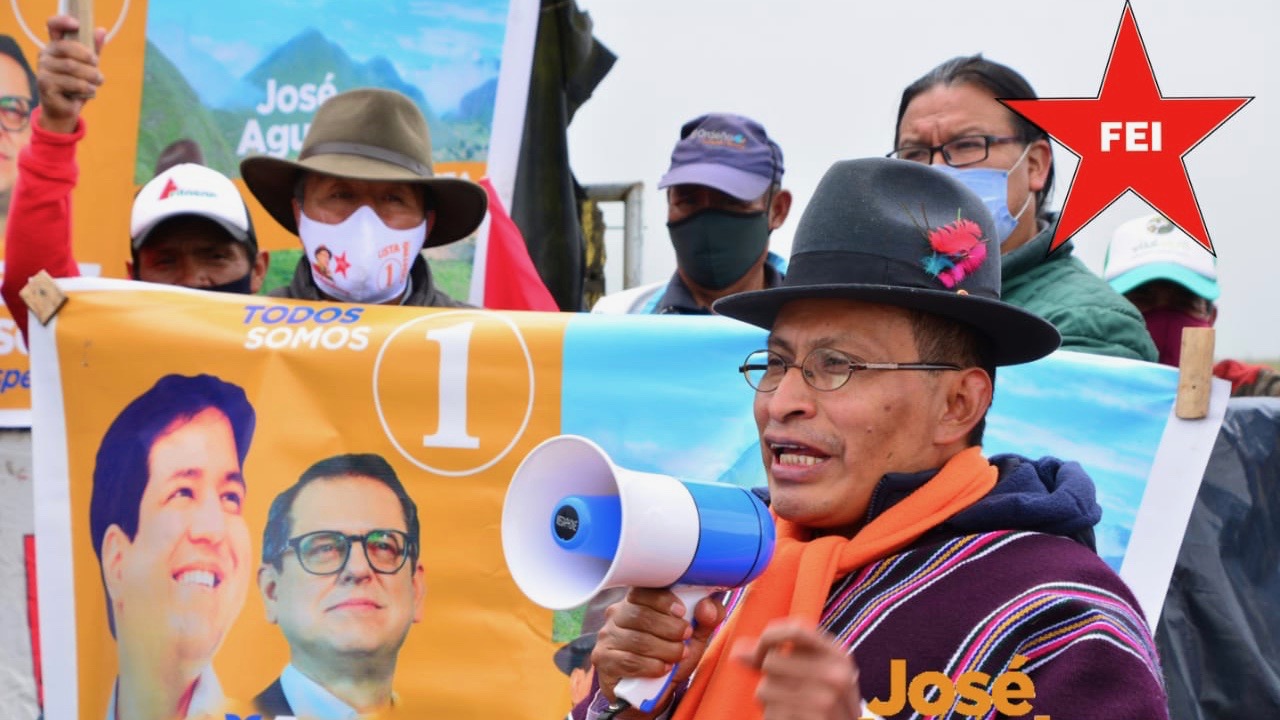 In four years, president Lenín Moreno has destroyed the economy and sovereignty of Ecuador with successive neoliberal reforms, acts of corruption and pacts of betrayal with the authorities of the United States. However, in the upcoming elections scheduled for February 7, everything points to the fact that the people want a change and that the years of unrestrained neoliberalism will soon come to an end.

These changes will not only occur in the executive branch with the promising candidacy of economist Andrés Arauz and his Union for Hope. There are a number of candidates for the National Assembly of Ecuador who come from people’s movements and want to contribute to making necessary legislative changes to not only reverse the damage done in the last four years, but also to deepen the Citizen’s Revolution that was underway in the country under former president Rafael Correa.

One of these candidates is Indigenous leader José Agualsaca from the Democratic Center party, part of the Union for Hope (UNES). Agualsaca is from the first Indigenous organization in Ecuador, the Confederation of Peoples, Indigenous and Peasant Organizations of Ecuador (FEI). He is a long-time popular leader and a member of the National Assembly since 2019 when he had to take over the seat after the incarceration of a persecuted pro-Correa member of the body.

During the mandate of Moreno, the National Assembly was an important accomplice in approving the neoliberal reforms and policies and several members were even involved in corruption scandals. In the one year of his mandate, Agualsaca was one of the few who firmly and steadfastly opposed the actions taken by Moreno.

Additionally, the FEI, of which he is president, has been on the front lines of popular resistance over the past several years, mounting a challenge on the streets to nefarious government policies and organizing to support the rural and urban communities heavily impacted by the pandemic.

In conversation with Peoples Dispatch, Agualsaca explained that this resistance was an urgent necessity given the direct impact of the neoliberal policies on the working class. He characterizes the posture of Moreno’s government as “betrayal of the progressive process and giving in to those on the right, the application of IMF economic policies and the reduction of the size of the state.”

“The response has been resistance and organized struggle as is the case with October 2019,” explained Agualsaca. The protests against the IMF-prescribed neoliberal reforms in October 2019 were some of the largest in Ecuador’s recent history. The massive mobilizations saw the participation of student organizations, peasant and Indigenous organizations, a number of trade unions, and people from all walks of life. However, this resistance was brutally repressed by the police and the armed forces, leaving 12 dead, 1,500 detained and 1,300 injured, he pointed out.

As an Indigenous and peasant leader, Agualsaca has seen first hand both the impact of the overall economic deterioration on the countryside and the government’s active efforts to stop the advance of the sectors in these areas. He said that,“the public policies on the Agrarian Revolution, access to land and production have essentially been paralyzed. And instead of advancing, they have implemented policies of reverting the land allotted to peasants during the progressive government.”

Agualsaca wants to take on all of these deficiencies and more if he is elected on Sunday. Above all, he wants to work to favor the well being of the people and guarantee their fundamental rights. Among his legislative priorities are reform to the Land, Water, Loans, Seeds, Commercialization and Technical Support Law; a law for ensuring enough state budget allocation for public health, education, employment and housing, and a law to democratize the access to internet, which has become even more important in the time of the pandemic. This law, he tells us “is so that thousands of children and youth can study who have been unable to because they do not have internet, computers, tablets and phones.”

In Ecuador, change is urgent and necessary. This probably explains why in the latest polls on voter intention, Arauz is in first place with 39.2%, and the conservative neoliberal candidate Guillermo Lasso of the Creating Opportunities and Social Christian party coalition follows behind with only 21.8%. Meanwhile, former president Rafael Correa has denounced several attempts to allegedly postpone the elections and of a possible fraud since the elites cannot stop the force of UNES.

“New attempt to suspend the elections! They know that they will lose in the first round and they are desperate. Now they will attempt to do it through the Contentious Electoral Tribunal (TCE), a complaint received yesterday by judge Ángel Torres (the WORST!) Álvaro Noboa already announced this morning  that the elections would be postponed 2 months UNACCEPTABLE!” 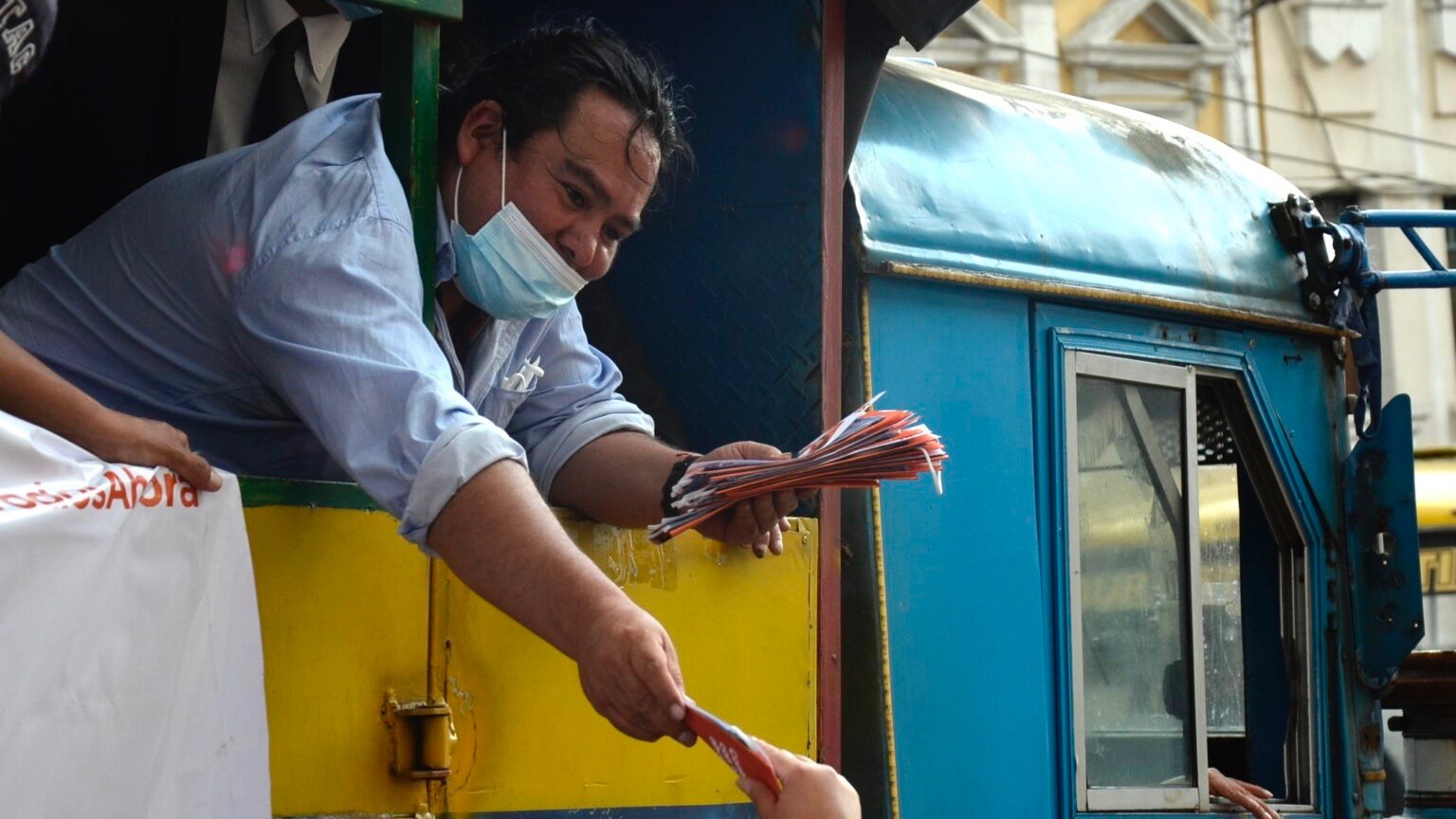 It’s election day in Ecuador: A look at what lies ahead 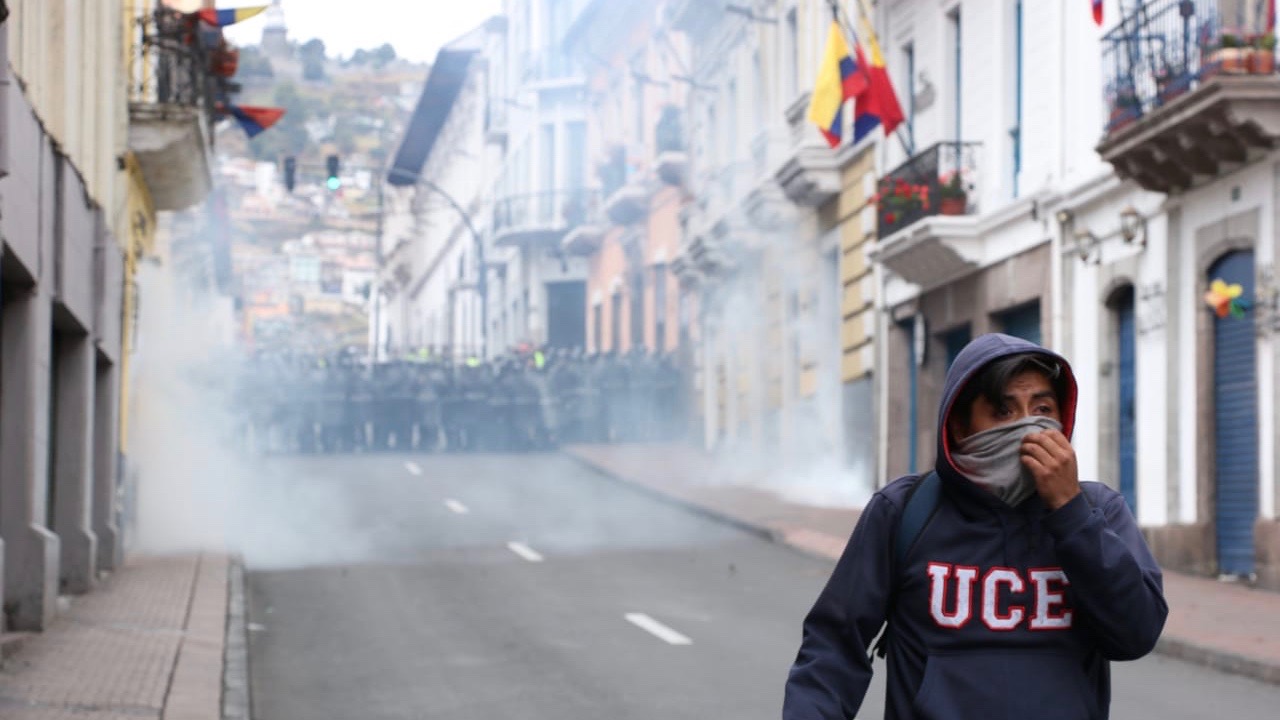 Crimes against humanity were committed by Ecuadorian state in Oct. 2019, suggests report 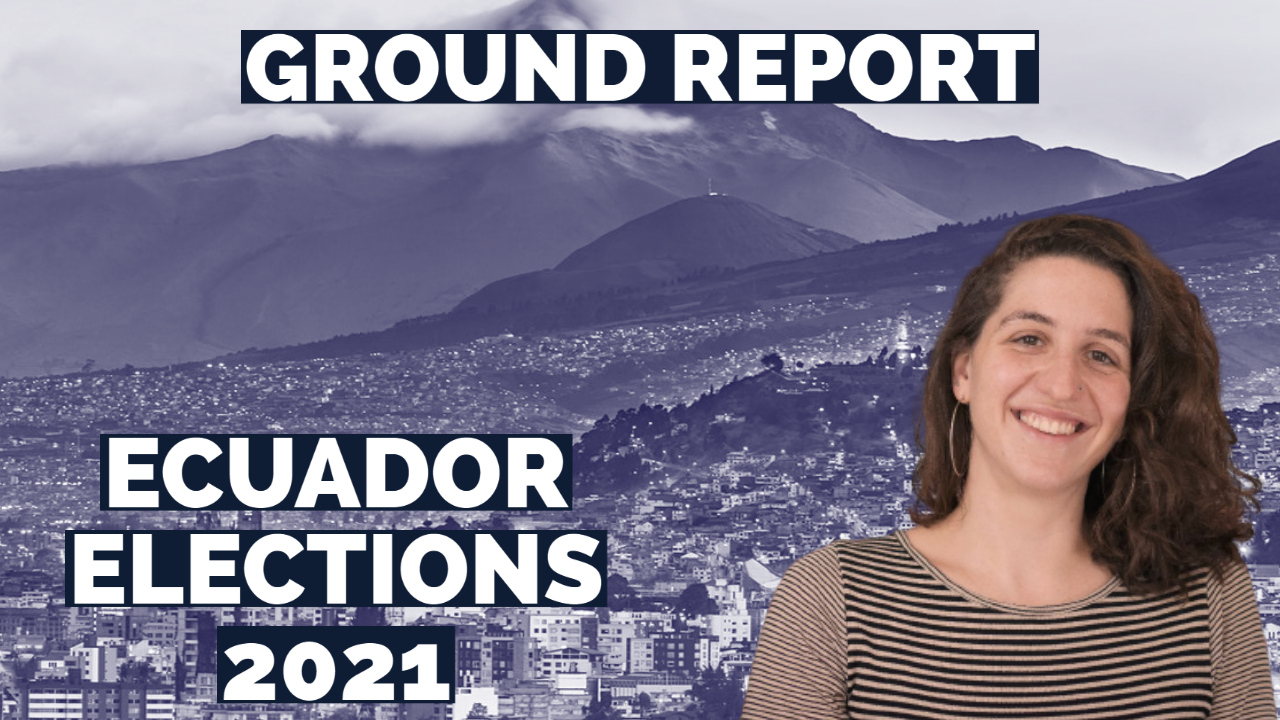