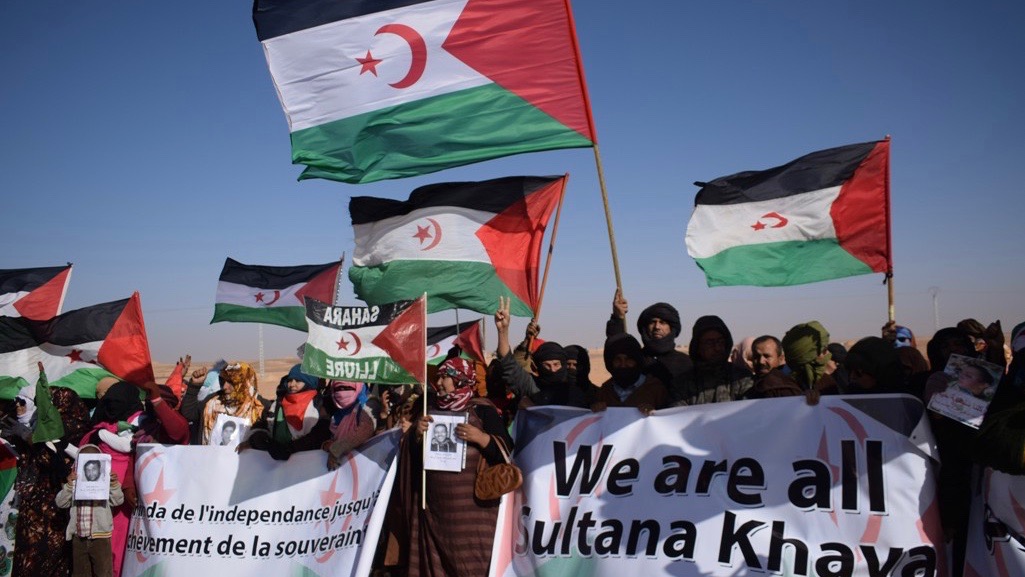 The collective of the Sahrawi Human Rights Defenders in Western Sahara (CODESA) has called for global support to save the lives of Sahrawis as occupying Morocco resumed its oppression in the region fighting for self-determination. Last week, CODESA appealed to international organizations including the International Committee of the Red Cross for solidarity and action in “saving lives and humanity in Western Sahara.”

CODESA appealed to the Red Cross to immediately establish a permanent mission for humanitarian operations in Western Sahara. It also asked other international organizations and individuals to sign a petition to that effect. The campaign to collect signatures had started on January 20 and ended on February 15. Thanking those who participated in the campaign, CODESA’s Facebook page said on February 16 that the international campaign was launched in “a context marked by the rise of crimes against humanity and systematic repression against Sahrawi civilians after the resumption of war in Western Sahara.” It also said that the “situation” in the region “seriously threatens respect for human rights.”

Western Sahara, once a Spanish colony, has been occupied by Morocco since the withdrawal of Spanish control in 1975. The fight against Moroccan occupation and colonial intervention in the region is led by the Polisario Front, which has established self-rule in parts of the territory as the Sahrawi Arab Democratic Republic (SADR). The SADR is partially recognized by several countries as an independent state.

The UN had negotiated a ceasefire agreement between Morocco and the SADR in 1991, according to which, a referendum was to be held in the region to decide its political future. However, Morocco never fulfilled its part of the deal. Last December, Morocco signed a “normalization” deal with Israel under US pressure. In return, the US has recognized Moroccan sovereignty over Western Sahara.

The normalization deal has been opposed by the Moroccan people who see it as their government’s betrayal of the Palestinian cause. However, emboldened by the US recognition and with greater promise of access to US weaponry and military assistance, the Moroccan military started breaching the border with the SADR as established by the 1991 ceasefire agreement.

In November, the Moroccan forces entered the demilitarized Guerguerat zone between Western Sahara and Mauritania and arrested some human rights and pro-independence activists there.

Morocco later claimed that the military intervention was an attempt to open a road link with Mauritania. However, since the breach of the border, the Moroccan military has undertaken several oppressive actions against human right defenders and anti-Morocco and pro-independence agitators. This led the Polisario Front to announce the end of the ceasefire deal and resumption of the armed struggle against the Moroccan occupation.

President of the SADR and secretary general of Polisario Front, Brahim Ghali wrote a letter to the UN secretary general and the head of the UN Security Council, affirming that it is the “legitimate right of the Sahrawi people to respond firmly to any action that jeopardizes the security and safety of any Sahrawi citizen whenever they are,” Sahara Press Service reported on Tuesday, February 16.

Ghali also criticized the failure of the UN Security Council to denounce and take action against the current round of human rights violations, persecution, and physical intimidation of citizens of Western Sahara by Morocco since the breach on November 13.

He highlighted the physical attack on human rights defender Sultana Khaya and her sister Elwaara Khaya at their home in the occupied city of Bojador by the occupation forces. Sultana and Elwaara have been under house arrest since November 19.

Given the constant violations of the ceasefire agreement by Morocco, chances of a full-fledged armed struggle are now becoming a reality. Several international organizations, including the International Association of Democratic Lawyers (IADL), recently raised concerns about the resumption of the armed conflict in the region and demanded the UN to intervene.