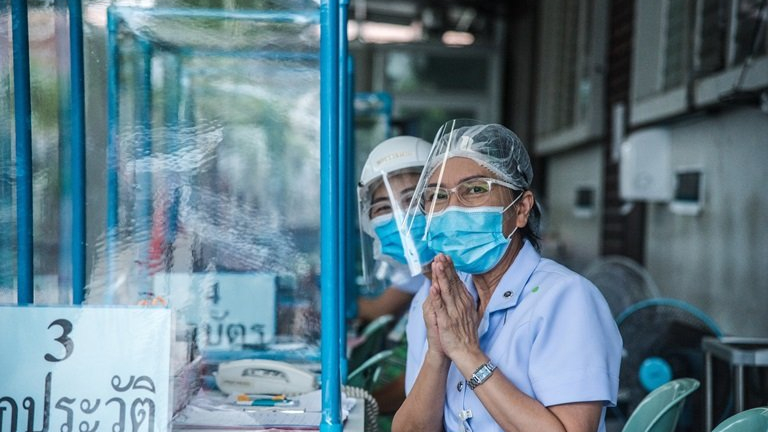 Raising the issue of unequal access to COVID-19 vaccines, more than 100 developing countries have written to the World Trade Organization (WTO) asking it to waive patent rights for their production temporarily. They have claimed that due to patents, poorer countries cannot produce cheaper versions of the vaccines and immunize their population.

The proposal to suspend the WTO’s agreement on Trade Related Aspects of Intellectual Property Rights (TRIPS) during the COVID-19 pandemic period was first presented by South Africa and India in October last year with the objective of providing greater access to technology and scientific knowledge to poorer countries to increase production of vaccines and other necessary equipment in the fight against the pandemic.

The TRIPS agreement restricts the production and disbursement and provides monopoly to companies who have patented a particular product. Those countries which cannot afford to sign agreements with these companies cannot produce the vaccines and are forced to buy them at the prices quoted by the producers.

The director general of the World Health Organization (WHO) Tedros Adhanom Ghebreyesus had also endorsed the move earlier this month. He said that this is the right time to issue a temporary waiver to control patents.

Ghebreyesus and the UN secretary general Antonio Guterres have joined several world leaders and rights groups in criticizing the hoarding of COVID-19 vaccines by the rich nations and the trend of vaccine nationalism at a time when the majority of the countries have not received even a single dose of the vaccine. Guterres had claimed in a special meeting of the UN security council last month that only 10 countries have used 75 percent of all COVID-19 vaccine doses so far when more than 130 countries in the world have not got a single dose yet.

According to WHO, rich countries, using their money and control over the technology, have amassed more than required doses of vaccines which has led to their unavailability for the poorer countries. Even WHO’s COVAX initiative has failed to address the issue of lack of vaccines and be effective due to “vaccine nationalism.”

WTO’s chief Ngozi Okanjo-Iweala too, after assuming office, had denounced vaccine nationalism saying that “no one is safe until everyone is safe.” The African Union as well has supported the call for the patent waiver calling it a “win-win situation” for all.

Rich countries object to the waiver

Last month, as many as 118 members of the European Parliament urged the European Commission and European Council to drop their objections to the temporary TRIPS waiver at the WTO made by the poorer countries.

The European Union, US, Japan, UK and Canada are some of the countries who have opposed the TRIPS waiver in the WTO meetings calling them harmful to the interests of “innovators.”

Meanwhile, the demand for patent waiver has also received support from numerous international organizations and civil society groups in the US and elsewhere. Lending their voice in support to end the patent, the European secretariat of the International Peoples Assembly has argued that WTO “trade agreements artificially limit production capacity, leading to product shortages, price increases and an inordinate concentration of power in the hands of private pharmaceutical companies. Those companies have the power to decide who can be vaccinated and when. This is unacceptable under any circumstances, but even more in the context of a global pandemic that has already claimed over 2.5 million lives worldwide.”

International president of Doctors without Border, Dr. Christos Christou, too asked the rich countries to “stop obstructing and show the leadership required to deliver on the ‘global solidarity’ they have so often declared during this pandemic.”