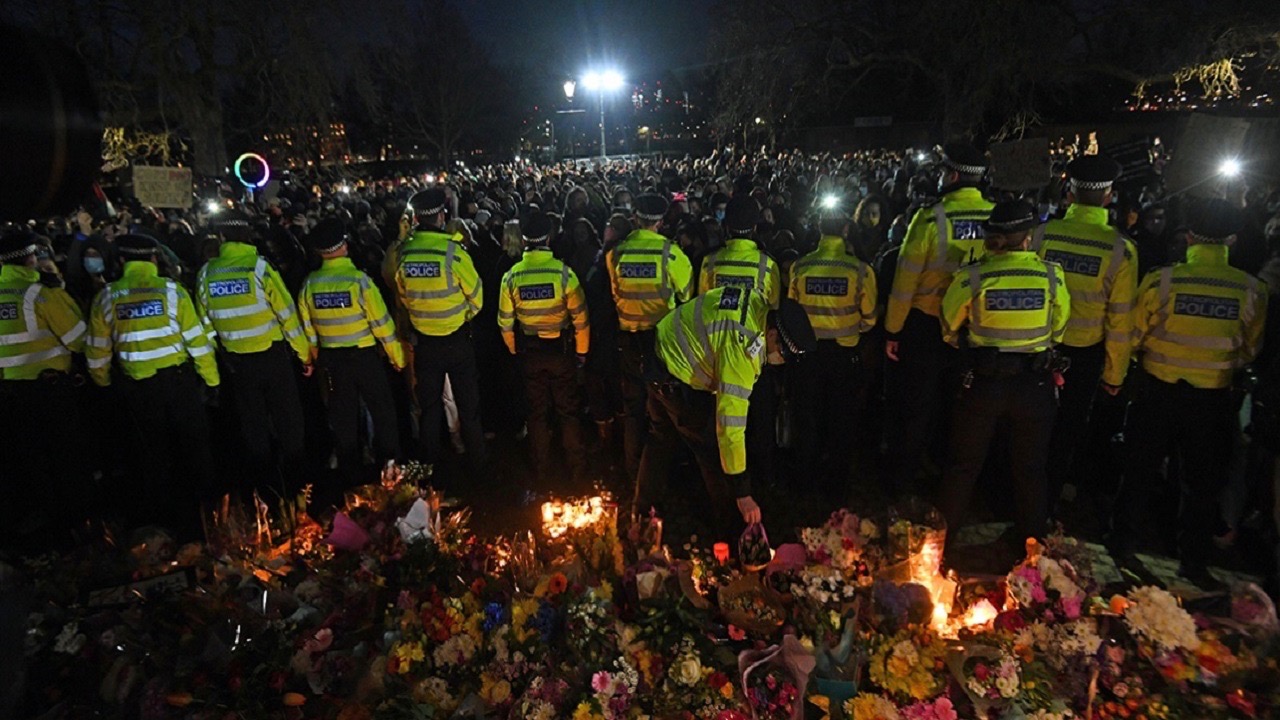 The police attack on a peaceful vigil in honor of slain Sarah Everard at Clapham Common in London on March 13, Saturday, has provoked widespread outrage across the UK. Various progressive groups including Reclaim These Streets had given the call for the vigil to honor 33-year-old Everard who was killed last week in London allegedly at the hands of a police officer.

The police tried to stop the vigil by denying permission citing COVID-19 restrictions. On Saturday, they attempted to forcefully disperse the crowd gathered for the vigil at Clapham Common. Photographs and videos of the police action have since gone viral on social media, drawing outrage.

Everard, a marketing executive, went missing from Clapham Common in South London on March 3. On March 10, her body’s remains were found near Ashford. A Metropolitan police officer named Wayne Couzens has been taken into custody on suspicion of kidnapping and murder of Everard.

Progressive sections across the UK have denounced the state of women’s safety in the country and demanded an effective inquiry. The insensitive behavior of the police on Saturday against the participants of the vigil has also been widely condemned.

The Communist Party of Britain (CPB) expressed shock at the murder of Everard and denounced the police violence at Clapham Common. The CPB called out the Tory government for using the pandemic as a front to attack the democratic right to protest. The party expressed solidarity with women in London and across Britain who are taking a stand against violence against women.

On March 14, MP Jeremy Corbyn tweeted, “women must be safe on our streets. Solidarity with Sarah. Women must be safe to walk peacefully everywhere. The Met Police must answer for their actions at Clapham Common.”

Morning Star, in its editorial, said that “police violence on Clapham Common is a wake-up call to fight the Tory government’s bid to ban protests in the country in the garb of COVID-19 restrictions.”

Further protests are likely to be organized across the UK to highlight the state of women’s safety and against the abuse of power by the police.