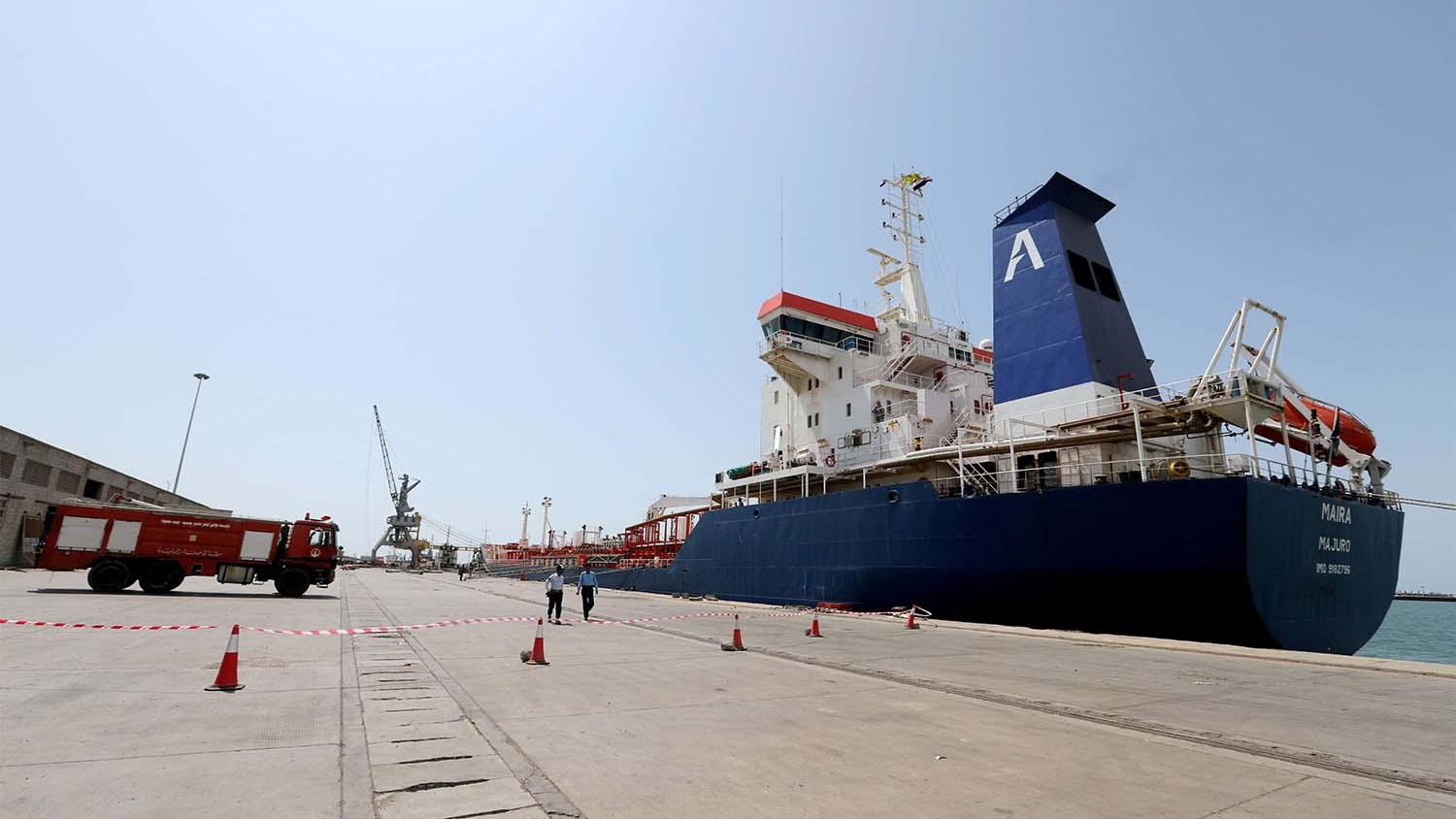 After years of blockading the port city of Hodeidah, the Saudi-led military coalition on Wednesday, March 24, finally allowed four fuel ships carrying essential oil supplies to dock. The city is under the control of Ansar Allah or the Houthis and there have been repeated calls by human rights groups and the international community to lift the blockade.

Four ships – two of which are carrying 45,000 tonne of gas oil, one carrying 5,000 tonne of liquified petroleum gas and one carrying 22,700 tonnes of fuel oil – were reportedly given approval by the Saudi-backed Yemeni government to arrive at the port.

It is not yet clear, however, whether more ships will be allowed to dock. UN data suggests that 14 fuel carrying ships are already being held off as of March 23 despite receiving clearance, with several of them waiting for more than 6 months to dock.

Responding to the development, the chief negotiator for the Houthis, Mohammed Abdulsalam, in a statement, said, “The provision of fuel, food, medical and basic goods is a humanitarian and legal right for the Yemeni people. We do not accept any military or political conditions for receiving them.”

The decision to allow the ships to enter the port was welcomed by the United Nations. Farhan Haq, the deputy spokesperson for the UN secretary general Antonio Guterres, in a statement, said that “commercial imports of essential goods, including food, fuel and medical-related items, must be able to enter Yemen in adequate quantities through all ports, and obstacles to domestic distribution removed. Fuel is also essential to transport food, pump drinking water, power the delivery of basic services and run electricity grids.”

The blockade of the port in the city of Hodeidah, a strategically important city under the control of the Houthis, assumes even larger significance as it is responsible for the supply of food, medicines and other essential items to close to 75% of the population of Yemen.

The Saudi-led Gulf military coalition’s blockade of the city since it intervened in the war in Yemen to defeat the Houthis has been one of the key factors in creating one of the world’s worst humanitarian crises. The Saudi-led coalition has received international criticism because of the blockade, as well as other actions in Yemen, such as indiscriminate airstrikes, drone attacks and targeting of civilian areas.

Earlier in the week, the Saudi coalition had offered the Houthis a ceasefire deal which included the reopening of the airport in the Houthi-controlled Yemeni capital, Sanaa, as well as resuming the supply of food, fuel and other imports through the Hodeidah port. The Houthis, in response, said that they would only agree to a ceasefire if the Saudi coalition completely lifts the air, sea and land blockade on Hodeidah, not just for humanitarian reasons but also in order to resume commercial imports and exports to improve the economy of the country.