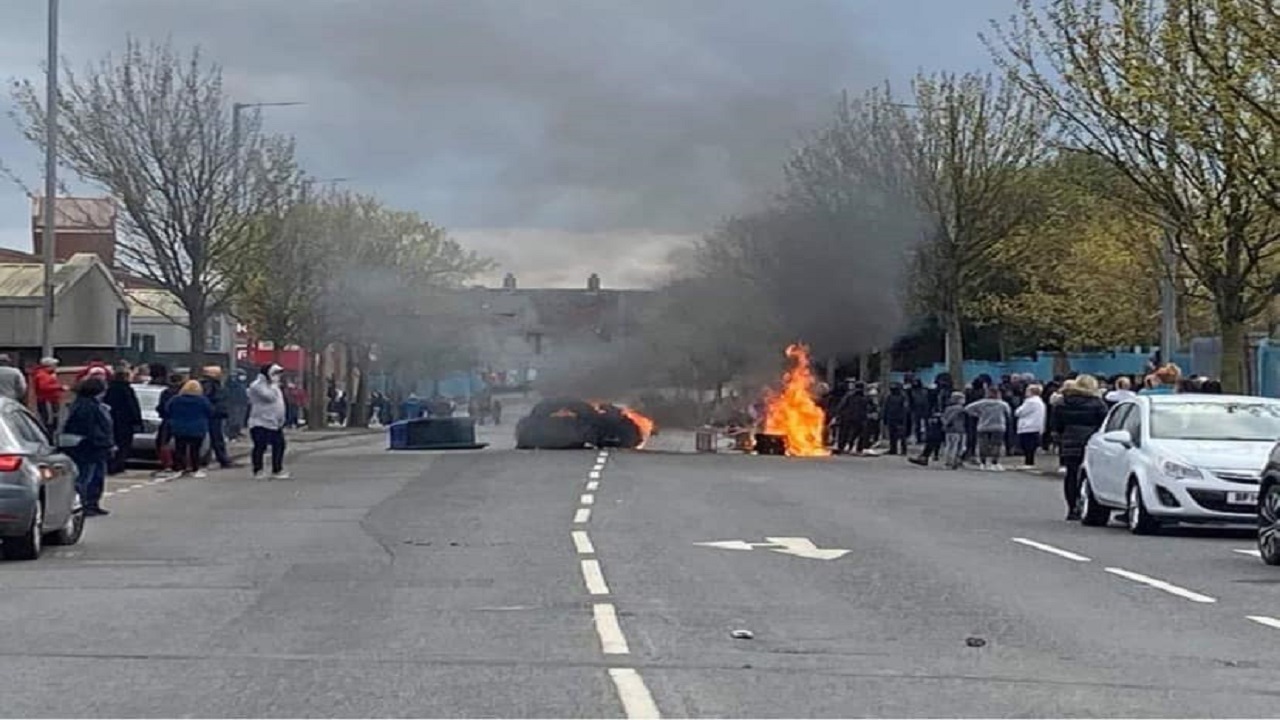 Widespread instances of violence and clashes in Derry and Belfast that occurred in the first week of April have cast a shadow over the decades-long peace in Northern Ireland. Several instances of violence and arson were reported from Northern Irish cities in which many police officers, journalists, and others were injured and transport services and neighborhoods were attacked. The clashes reportedly started on March 29 as an attack on the police by a group of pro-British loyalist youth. The attack triggered violent clashes last week involving loyalist and nationalist youth groups and the police.

The return of violent clashes between pro-British loyalists and pro-Irish nationalist groups, on the occasion of the 23rd anniversary of the Good Friday Agreement on April 10, have raised strong concerns in both the UK and the Republic of Ireland. The political leadership in the UK and Northern Ireland along with progressive sections have called for peace in the region.

According to reports, unionists were expressing anger over the government’s decision to drop cases against Irish nationalist leaders from Sinn Fein for breaking COVID-19 protocols when attending a funeral of a former senior figure in the Irish Republican Army, Bobby Storey. Many allege that their acts of violence have been carried out with the intention to provoke Irish nationalists and stoke a climate of insecurity.

Northern Ireland and the long struggle for freedom

Northern Ireland has historically been at the heart of the struggle for national liberation from British colonial rule in Ireland. While the Republic of Ireland was finally established in 1949 after a decades-long armed rebellion led by the Irish Republican Army (IRA), six counties in the North remained under British control as directed by the Government of Ireland Act 1920 and Anglo-Irish Treaty of 1921. This partitioned Ireland into two – the Catholic majority counties in the South (present day Irish Republic) and six counties in the North with a large population of Protestant settlers who wanted to maintain ties and union with Britain.

The partition of Ireland even caused divisions within the Irish Republican movement. The left-wing republicans, Sinn Fein, opposed the treaty and called for the reunification of Ireland. During the 1960s, targeted attacks on pro-republican, Catholic majority neighborhoods in Northern Ireland by pro-British paramilitaries and state security forces became commonplace. The radicals within the anti-treaty sections in the north, including the Sinn Fein, organized as the provisional IRA to resist these assaults and to organize counter-attacks. This culminated in a violent period of an informal civil war known as the ‘Troubles’ which lasted for three decades and formally ended with the Good Friday Agreements on April 10, 1998.

The British exit from the European Union (EU) was likely to place stricter border restrictions at the Northern Irish border with the Republic of Ireland, which is a part of the EU. However, to respect the Good Friday Agreement – which called for the dismantling of border controls between the North and the Republic of Ireland, no sort of restrictions were implemented at the Northern Ireland-Irish Republic border during Brexit. Instead, the Northern Ireland Protocol was implemented, which creates a de facto border down the Irish Sea as goods entering Northern Ireland from Great Britain are subject to EU checks. The pro-British unionist political parties fear that the creation of a “Irish Sea border” following Brexit will weaken Northern Ireland’s status within the UK and pave the way for Irish reunification.

Many organizations deployed members and supporters on the ground at locations where clashes were happening to dissuade young people from participating, protect the communities and de-escalate the situation.

In a statement, the Belfast branch of CYM said that the working class youth in loyalist communities may not know the true cause they are rioting for. According to the statement, “they have been incited to act on the whims of so-called community leaders for the benefit of unionist politicians who will never face the consequence of their action.” CYM also called on young people in the violence-affected areas to disengage from any violent activities and to ask themselves – “who benefits?” from all this.