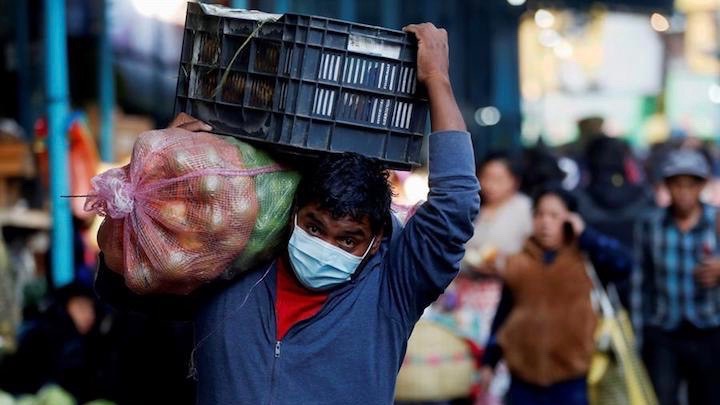 The tax reform presented by the far-right government of president Iván Duque would hit the pockets of the workers, pensioners, the middle class and people with lower incomes. Photo: Colombia Informa

Colombian trade unions, social movements and opposition political parties have called for a national strike on April 28, in rejection of a new tax reform presented in the parliament by the far-right government of president Iván Duque. The organizers have called on the citizens to mobilize in the main cities of the country on that day, following all biosecurity protocols, to demonstrate their discontent with “Duque’s neoliberal package”, and to demand that the legislators reject the bill.

The tax reform, called Sustainable Solidarity bill, was presented by finance minister Alberto Carrasquilla on April 15, as a tool to allegedly alleviate poverty in the midst of the health emergency and economic crisis due to the COVID-19 pandemic. However, the initiative received widespread rejection from trade unions and social sectors, who denounced it as cruelty towards the working class.

Colombia’s trade union center, the Unitary National Command, rejected the reform, deemed it “disastrous” and said that it would “only increase extreme poverty, generating more hunger in the underprivileged class.” The union center also denounced the expansion of tax to those who earn a little more than 1 million pesos or 275.60 USD per month as “a hard blow to the pockets of the workers and the poorest.” “They want to promote it as a social relief, but in reality it only threatens the economic stability of workers, pensioners, the middle class and people with lower incomes,” the center added.  The trade union center also denounced that “the sole objective of the reform is to satisfy the demands of the risk rating agencies, the IMF and the OECD to continue with the policy of unbridled indebtedness.”

The call received the support of the Communist Party of Colombia as well as the progressive Colombia Humana, Polo Democrático Alternativo and Comunes parties. Senator Gustavo Bolívar of the Colombia Humana party and Senator Sandra Ramírez of the Comunes Party called for an indefinite strike.