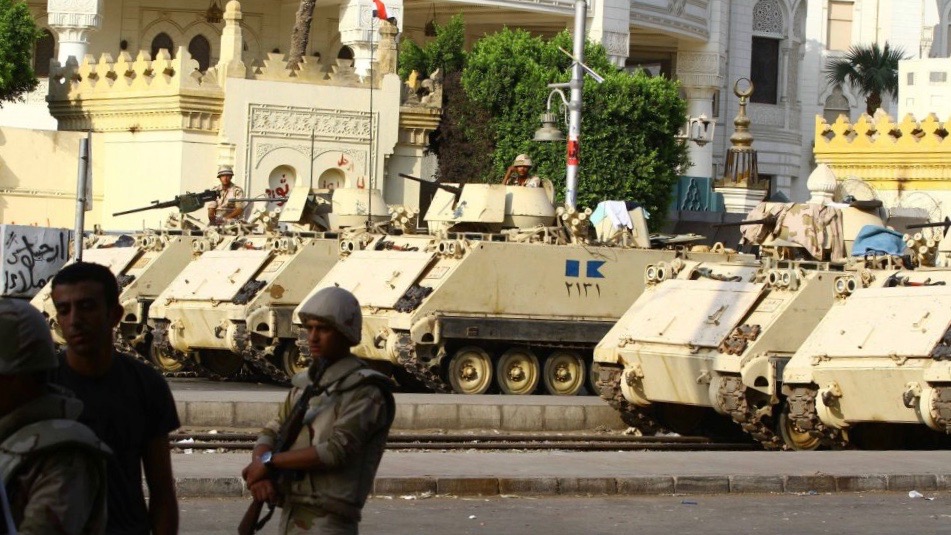 14 international human rights organizations have written a letter to the US government calling on it to not use a national security waiver to clear military aid to Egypt and to make it conditional on the improvement on the rapidly declining human rights situation. Among the signatories to the letter are Amnesty International, Democracy for the Arab World Now (DAWN), Committee to Protect Journalists (CPJ), Project on Middle East Democracy (POMED) and Human Rights Watch (HRW). The letter reminded US president Joe Biden of his promise last year of “no more blank checks for Trump’s ‘favorite dictator” – Egyptian president Abdel Fattah el-Sisi.

The groups said, “We write to strongly urge the administration not to use the national security waiver on the $300 million in Foreign Military Financing to Egypt for Fiscal Year 2020 that is conditioned on meeting several human rights standards.” The letter was referring to the national security waivers that former presidents Barack Obama and Donald Trump issued to bypass conditions imposed by the US Congress on military aid to Egypt. In 2014, the US Congress had made part of the approximately USD 1.3 billion in military aid conditional but the letter pointed out that “unable to certify improvements in Egypt’s abysmal human rights record,” previous administrations had resorted to the waiver.

According to the letter, “overriding the human rights conditions would, on the contrary, continue the pattern of providing ‘blank checks’ to the Egyptian government.“

Egypt has seen a marked deterioration in its human rights record over the past years, especially since the 2013 military coup orchestrated by then army chief of staff el-Sisi against former president Mohammad Morsi. The el-Sisi regime has imprisoned thousands of critics and opposition members, writers, journalists, lawyers, human rights activists, and prominent Muslim Brotherhood leaders and members. According to estimates, more than 60,000 political prisoners are currently being detained in Egyptian prisons. Authorities have reportedly also used extreme torture to extract information and false confessions from the detainees inside jails.

The US state department itself had released a report earlier this month in which it talked at length about the wide variety of human rights violations and abuses taking place in Egypt, including arbitrary killings, forced disappearance, torture, serious restrictions on free expression and substantial interference with the rights of peaceful assembly and freedom of association, the letter pointed out.

Human rights groups had earlier criticized the US for going ahead with a USD 197 million arms sale to Egypt in the beginning of this year.