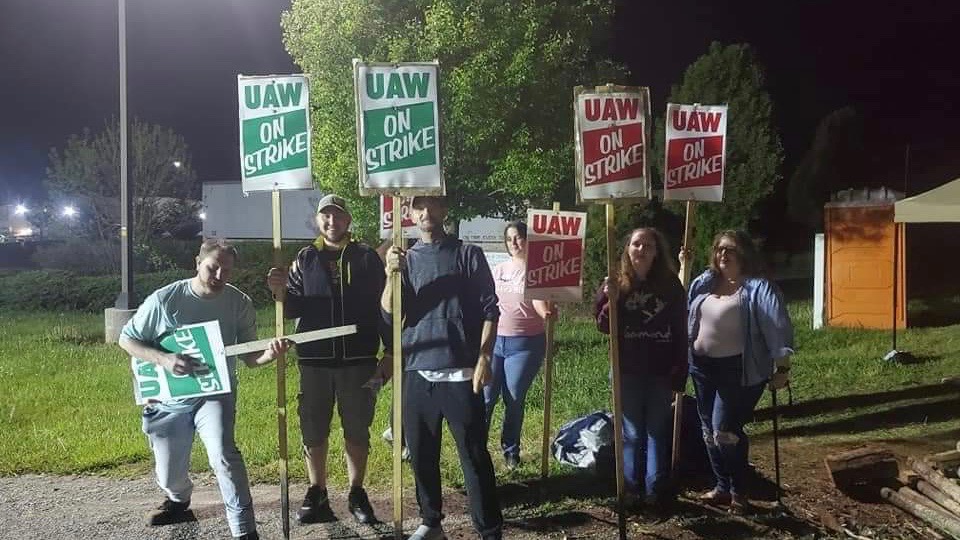 The auto workers’ strike at the Volvo Trucks North America (VTNA) plant in New River Valley in Dublin, Virginia, is completing its second week. This is the first strike since 2008 at the only North American plant of the world’s leading heavy vehicle producer, and comes after months of failed negotiations for a new contract.

The strike began on April 17 and is organized by United Automobile, Aerospace and Agricultural Implement Workers of America’s (UAW) local chapter (Local 2069). In a union vote held earlier this year, the strike action received 96.8% support from its nearly 2,900 members working at the plant.

The earlier strike deadline given by the union was March 16 as the previous contract agreement between the UAW and VTNA was set to expire on March 15. As no agreement could be reached before the expiry of the deadline, the workers voted for a 30-day extension to keep the negotiations going.

As per the union, even after the expiry of the extension, the company refused to hold up its side of the agreement and failed to make any “substantial offer”, which led the union to go ahead with the strike.

In the statement announcing the strike, Ray Curry, UAW secretary-treasurer and director of its Heavy Truck Department, expressed disappointment “that Volvo Truck has failed to present a substantial offer by the March 16 contract deadline despite a contract extension. Our goal remains to achieve a fair tentative agreement for our members, their families and the community of Dublin, Virginia.”

The VTNA plant is one of the single-largest producers of trucks and other heavy vehicles in North America. Apart from being the Volvo Group’s biggest truck manufacturing unit, it is also the only manufacturer in the US to produce its vehicles entirely within the country’s borders. The plant had reportedly witnessed a significant jump in its profits and sales in the first quarter.

The New River Valley plant is also in the middle of finalizing an expansion plan to accommodate production of future products, including its brand of electric trucks. The VTNA is set to receive USD 400 million in technological upgrades, and is expected to add another 600 new posts by the end of the year. In the midst of all, workers reiterated their long-standing demands of a fair contract, better wages and job security, which they argue the company has fallen far short of providing.

The previous strike at VTNA, which occurred in 2008, went on for 19 days and involved multiple parts suppliers as well as aftermarket depots. The strike then ended in a compromise that eventually led to mass layoffs at the New River Valley plant. This time around, while the strike is limited to the manufacturing plant, reports have suggested that striking workers are ready to sit on the strike for longer than before.

Speaking to Virginia-based news station WDBJ7, Adam Ryan, an organizer from local independent workers’ advocacy group New River Workers Power, said that based on his interactions, the workers at the plant “don’t really expect much to come out of these initial rounds of negotiations, so it is going to drag on for a while.” According to reports, the workers who have received overwhelming community support expect the talks to drag for over a month and are prepared.

More than 130 people from the New River Valley community have come out to assist the picketing workers. “The community stands behind them, the working class families in the river valley I think are in full support behind these workers,” Ryan added.

The workers have also received support and endorsement from national progressive figures, including senator Bernie Sander. While expressing his support for “striking for a living wage and job security” in a tweet, Sanders called for the Volvo Group to “sit down with its workers and negotiate a fair contract now.”