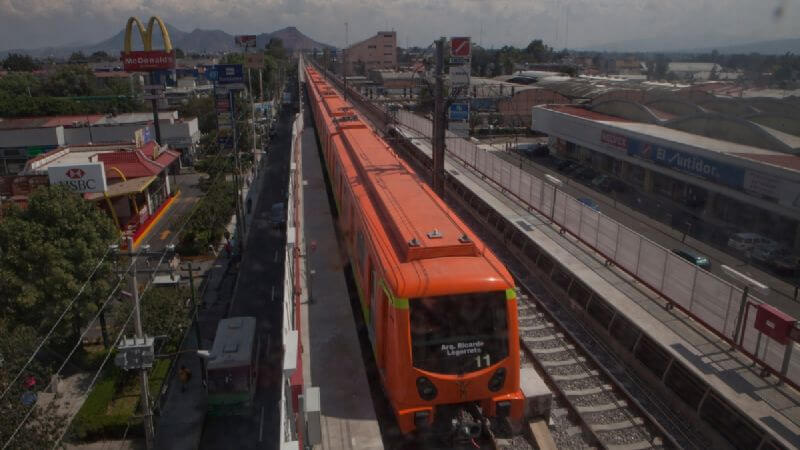 A section of the metro overpass in Mexico City collapsed on May 3, while a train was passing over it, killing 25 people and injuring 79 people. Photo: Miguel Dimayuga / Proceso

At around 10:30 pm on May 3, a section of the metro overpass collapsed between the Olivo and Tezonco stations on line 12 of the metro, while a train was passing over it. In the accident, two train carriages hung from the overpass above a busy road in a V-shape with a tangle of cables. The unfortunate event claimed 25 lives and left 79 people injured, as confirmed by the Attorney General’s Office.

The Attorney General’s Office informed that it had activated the Disaster Protocol, which would allow reducing time and speeding up the delivery of dead bodies of the victims to their families, without the need to perform an autopsy. The office also deployed victim care cells, made up of legal advisors, social workers and psychologists, to provide legal guidance, emotional containment, as well as support for medical and funeral services.

The office also pledged to carry out a thorough investigation to establish who is responsible and reach the truth. It reported that various experts will carry out investigation “in a professional, exhaustive, multidisciplinary and inter-institutional manner, in different fields.”

The entity reported that in the structural area, the intervention of surveyors, civil and structural engineers, specialized in steels will be requested. Geologists specialized in subsidence to develop studies of geotechnics, soil mechanics, structural calculation, resistance of materials and everything else that is necessary, will be consulted to identify the origin of the event. Meanwhile, in the administrative matter, the work and supervision contracts, maintenance logs, construction and supervisory company will be investigated.

Mexican President Andrés Manuel López Obrador, in a press conference, offered his condolences to the relatives of the victims and assured that “absolutely nothing will be hidden” from the Mexican people and justice will be done.

Line 12 is the newest metro line. It was inaugurated less than a decade ago, in October 2012.  The current Mexican Foreign Minister, Marcelo Ebrard, was mayor of the capital then. Two years later, in 2014, several of the line’s stations were closed for structural repairs and an internal probe into alleged irregularities. After the deadly 2017 earthquake that shook the capital and neighboring states, the Line’s support columns had developed cracks, which were repaired. According to the director of the Metro Florencia Serranía, the last structural review was done in June 2020, after a powerful earthquake struck southern Mexico and its intensity was felt in Mexico City.

The secretary general of the Metro Workers Union, Fernando Espino, in statements to El Universal, said that “Line 12 is a very new work and should not have fallen down.” He added that “it is a structure failure” and that “it will be necessary to check the material with which the structure was built.”

On May 4, under the banner of “It was not an accident, it was State”, the residents of Tláhuac and Xochimilco neighborhoods took to the streets against corruption and negligence that caused the collapse of the metro bridge. The citizens marched from the Periférico Oriente metro station to the Olivos metro station, where the tragedy occurred. They denounced the diversion of resources and demanded punishment for those responsible for the crime.