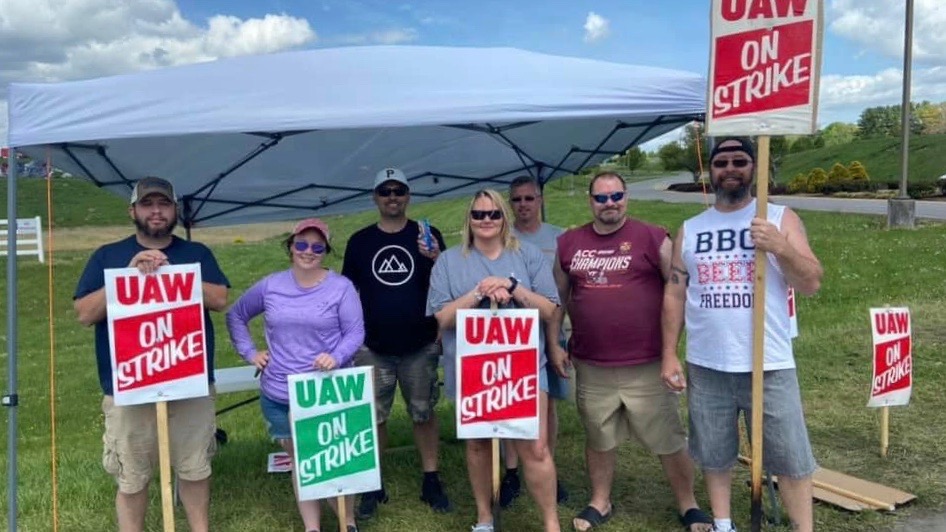 In a contract vote held by the workers’ union at the world’s largest Volvo Truck plant, in Virginia in the United States, workers overwhelmingly voted against a tentative deal negotiated by the company and the union. In the vote held on Sunday, May 16, 91% of the over 2,900 union members rejected the deal based on what were seen as compromises made at their expense benefiting the company.

The vote is being viewed as a response to both Volvo Trucks North America (VTNA) and officials of the United Automobile, Aerospace and Agricultural Implement Workers of America’s (UAW) local chapter (Local 2069), especially against the union negotiators.

The final result of the vote count, which went on late into the night on Sunday and was released well past midnight, showed 91% of the members voted ‘No’ to the common and hourly language dealing with the general details of the deal and work timings. Over 83% of the members voted ‘No’ to salary language, which includes provisions on wages and benefits.

VTNA workers had gone on strike on April 17 after months of failed negotiations for a new contract with the company. 13 days into the strike, it was unilaterally called off by union negotiators on April 30 after they announced reaching a tentative deal for a five-year contract with VTNA.

According to reports, details of the deal were not published and only summarized pamphlets were handed out by union officials, going against UAW’s established practice of releasing the full document.

Workers were only able to acquire a copy from the union hall days after the strike was called off. Among the most contentious parts of the deal were its reinforcement of a two-tiered wage system, exorbitant hikes in healthcare deductibles, and the negotiators agreeing to an “alternative work schedule” provision which could give more control to VTNA to impose longer working hours.

Speaking to Labor Notes, Rhonda Sisk, a worker at the plant, detailed how the additional healthcare deductibles will double from USD 2,000 a year at the beginning of the contract term to USD 4,000 a year at the end. She also pointed out that the deal seeks to divide workers into two groups of senior and recent hires – “core” and “competitive.”

As per the deal, recent hires will have their pay set at USD 16.77 per hour at the start of the contract tenure and can only aspire to reach USD 21.77 per hour after five years. Meanwhile, the “core” employees or those with 15 years or more seniority can gain as much as USD 30 per hour in wages at the end of the contract.

These issues had been raised with the union negotiators, who were appointed through a contentious voting process with some ballots being rejected over technicalities. According to the World Socialist Web Site, workers had aired their complaints against the negotiators before the vote as well, with many calling for their recall and replacement with a new negotiating committee.

At the same time, there are calls for workers to resume the strike action until a deal is ratified by the union. Workers have been going back to work since May 3 after the strike was recalled by union officials.