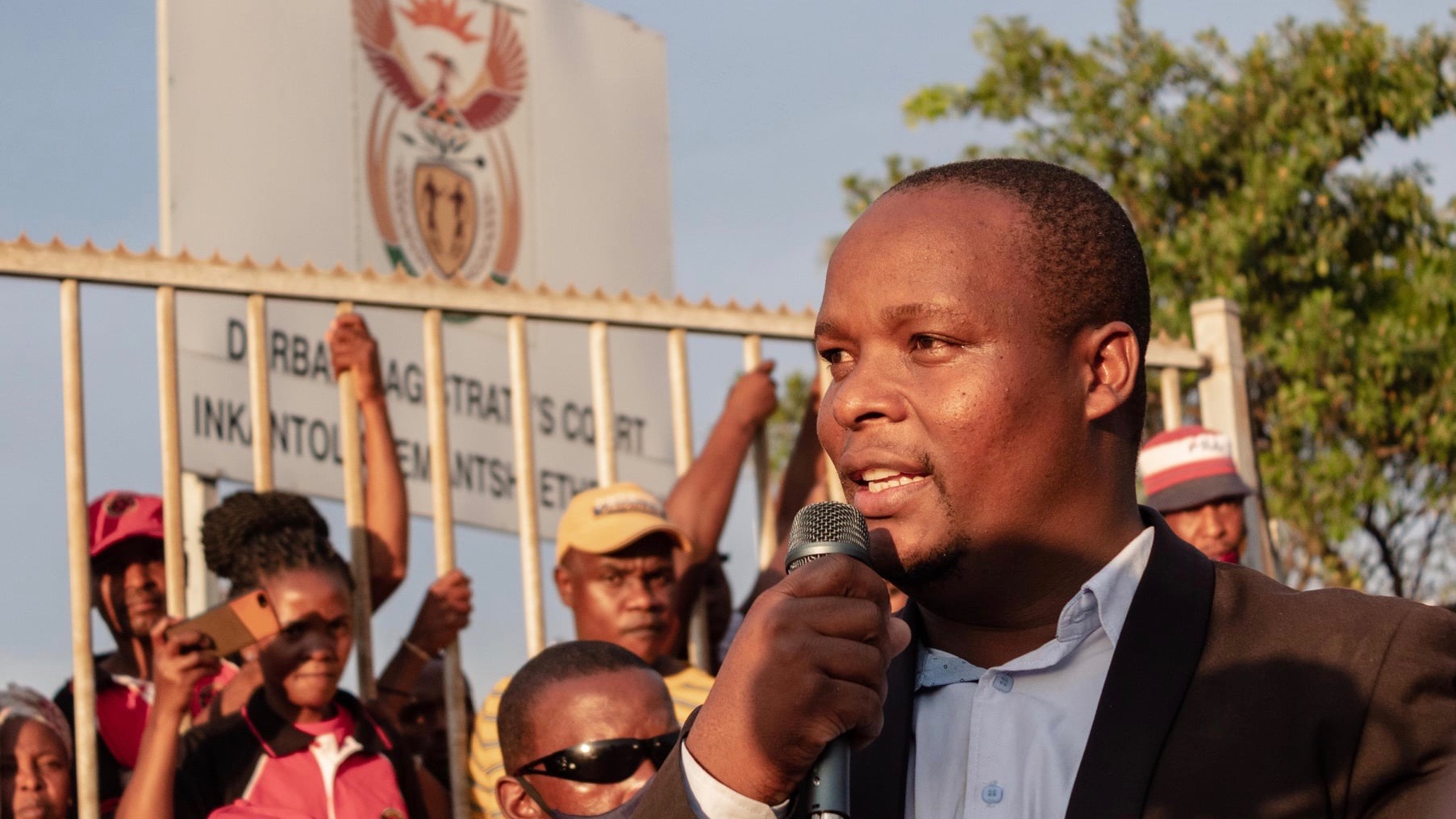 George Mqapheli Bonono, the deputy president of the shack-dweller’s movement, Abahlali baseMjondolo (AbM), was released from prison on bail on Thursday, May 20. With slogans, songs and jubilant cheers, hundreds of AbM members who were demonstrating outside the Durban Magistrate Court welcomed the bail and carried him in celebration upon his release.

The next hearing of the case against him is scheduled for July 16. While the trial is ongoing, he is prohibited by his bail conditions from entering eKhenana in Cato Manor, Durban, where he is accused by the police to having plotted to kill a witness to a murder.

Bonono, who refutes the accusations against him, finds the prohibition from eKhenana particularly hard. He told Peoples Dispatch that “eKhenana occupation has a special place in my heart.” Established in 2017, the settlement at eKhenana occupation – like those at other occupations AbM has been organizing since its inception in 2005 – has been built by the collective labor of its members.

The makeshift shacks raised on this occupation are self-connected to water and electric supply. Bonono fondly mentions the successful communal poultry farm and other collective endeavors autonomously organized by the members residing there.

“What makes this occupation particularly special is the Frantz Fanon school,” Bonono said. Such schools organized by AbM for its member-residents not only provide information and training on running such collective projects that help sustain them autonomously, but also serve as political schools, he explained.

“Through these schools, we cultivate an understanding of left ideology and practice among our members,” he said. Possession of such an understanding, he argues, has played an important role in the unceasing resistance that the members of the eKhenana occupation have been able to put up against the repeated attempts by the state to violently evict them from their shacks and burn down the materials they use to build the shacks.

Bonono himself played an important role in helping organize the eKhenana occupation and he speaks with pride about AbM’s members, who have endured for over three years despite facing regular attacks by police, the so-called ‘Anti-land Invasion Unit’ and hired goons.

Three members in the leadership of this branch of AbM were arrested earlier this year on the accusation of being involved in a murder in Cato Manor. When Bonono held a meeting open to the residents of eKhenana in March to ascertain the facts regarding the murder and the subsequent arrests, the police accused him to conspiring in this meeting to kill a witness to the murder.

He was arrested on May 4, along with Siniko Miya, a member of AbM’s eKhenana branch in Cato Manor, Durban. Subsequently, on May 12, the eKhenana branch’s secretary, Maphiwe Gasela, a mother in her mid-20s caring for her sick one year old child, was also arrested.

On May 13, they were moved to Westville prison after the hearing of their bail application scheduled for that day was postponed due to a last-minute change in the courtroom.

On May 17, the next scheduled date, the hearing of their bail plea was postponed again to May 20, when Bonono and Gasela were finally granted bail after much outrage expressed at the arrest by the civil society and unions in South Africa and abroad. Miya remains in prison because his bail application was refused due to an outstanding case from the time before he was a part of AbM.

Commenting on the conditions in prison, Bonono said, “I was promised by the judge that I will be held in isolation. However, on arrival at Westville, I was held in a box”, where all the new arrivals were crammed in for the first day, before being moved to a prison cell.

Bonono said that later he was held in cells with 45-50 inmates, most of whom were convicted criminals. He was fed nothing but bread for the first four days. Some of the cells, he said, had no lights and mattresses, and he was forced on some nights to sleep on the floor in the dark.

The extent of overcrowding in prison, he argues, is such that “one COVID-positive inmate can infect the entire prison.”  Due to lack of ventilation and excessive dust in prison, Bonono said the breathing issues he had since 2010 when he had contracted tuberculosis was aggravated. “In fact I am heading to the doctor after this call to get my health checked.”

Nevertheless, Bonono maintains that he has emerged with strengthened resolve from prison, which he insists on calling as a “university” where activists learn through intimate experience about desperate measures a state takes to repress popular movements and break the grit of its leaders. 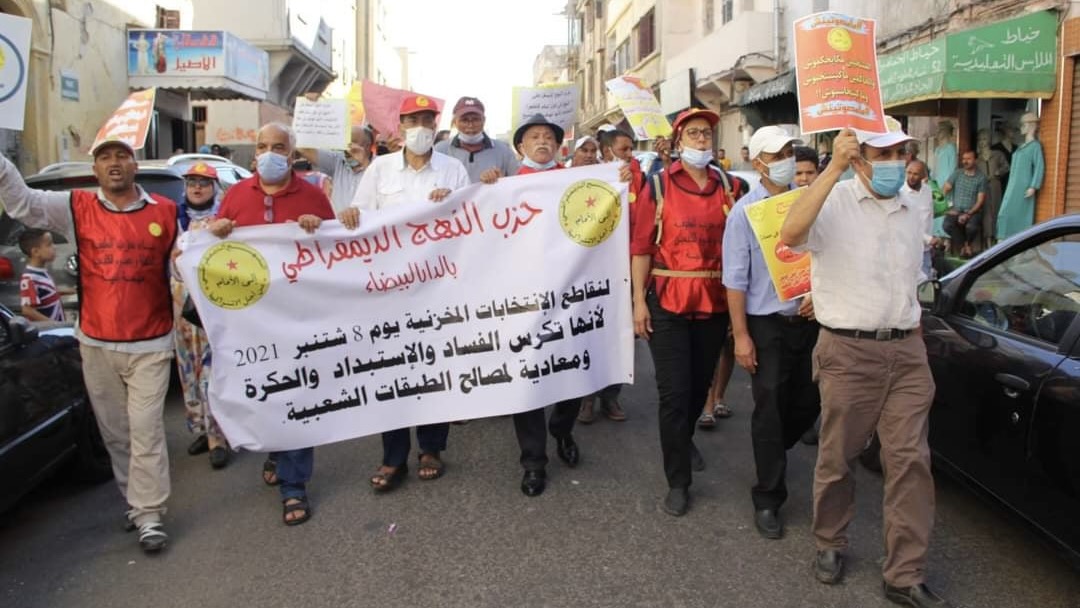