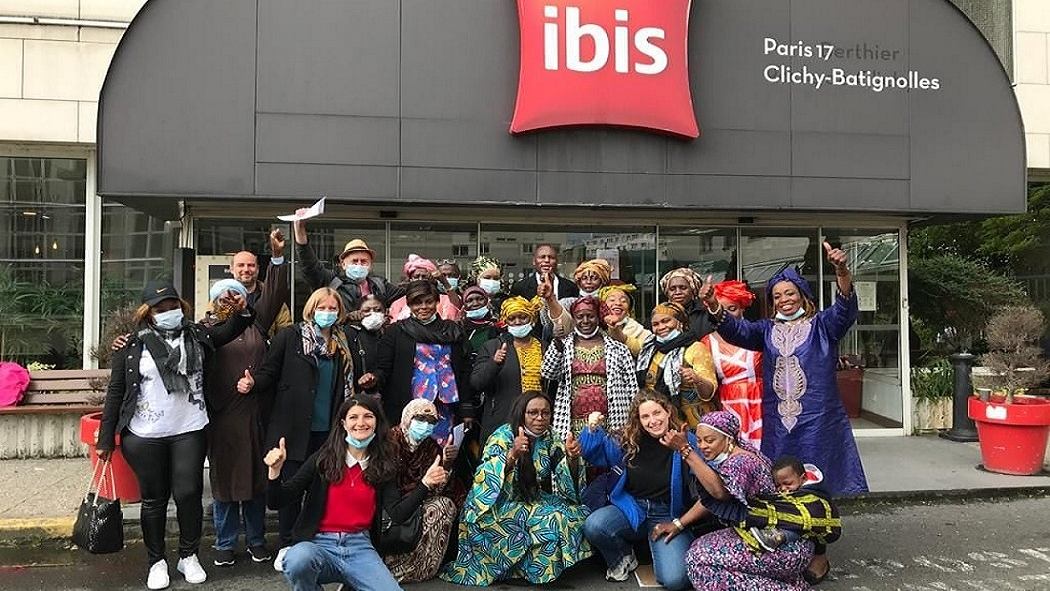 The victorious subcontracted workers at Ibis Batignolles hotel in Paris. (Photo: via CGT-HPE)

On May 25, Tuesday, cleaning and sanitation staff at the Ibis Batignolles hotel in Paris, France, won better pay and work conditions after two years of struggle, including eight months of strike action. Over 20 workers who were subcontracted for cleaning rooms at the hotel owned by the Accor group started an agitation on July 17, 2019 for better conditions. On Tuesday, the protesting workers signed an agreement with Accor and the cleaning and catering agency STN, as per which, they will get a pay hike of €250 (USD 304.90) to €500 (USD 609) per month and a significant reduction in workload. The Prestige and Budget hotels section of the General Confederation of Labor (CGT-HPE) supported the workers – mostly migrants from sub-Saharan Africa – throughout the struggle and also raised a solidarity fund to support the workers during the course of the strike.

According to reports, the protest began when 10 staff members with occupational diseases were threatened with transfers when they refused to comply with the heavy workload. They were asked to clean the 700-room hotel at the rate of 3.5 rooms per hour, or one room in 17 minutes. This is the second largest Ibis Hotel in France.

At the end of the 22-month struggle, they have won a significant pay rise, reduction in workload, a break during the day, and at least five hours of work a day. This has been regarded as a historic achievement for working class sections as it will empower subcontracted workers in the hospitality sector, especially migrants and women.

Among those leading the strike, Rachel Keke told the French media, “We’re proud of what we’ve achieved because we fought through to the end, we never gave up. I kept saying to my colleagues we have to hang on, we’ll win in the end. And now we have this wonderful victory.”

CGT-HPE said that “this is the victory of determined, tireless and supportive maids who carried a historic fight for justice, equality and dignity! It’s also the victory of unionism fighting against employer strength and its deaf ear policy and also against collaborators in the union bureaucracy who work against sincere militants to destroy and silence them.”