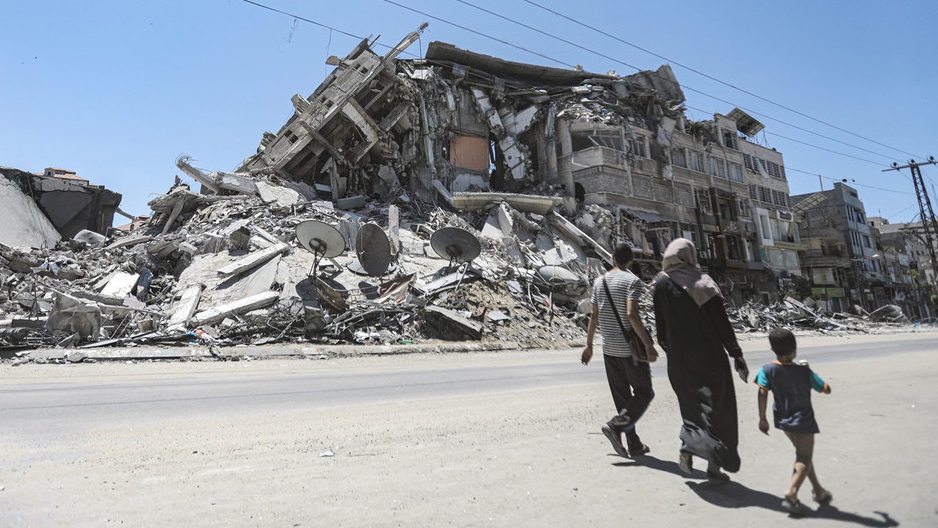 A building destroyed in the Israeli bombing of Gaza. Photo: UNRWA/Mohamed Hinnawi

The decision for constituting an inquiry was taken after a heated debate on the resolution and a vote in which 24 countries voted in favor and nine against. 14 countries abstained out of the total 47 members.

The resolution says that “the Council decides to urgently establish an ongoing independent, international commission of inquiry” which will be established by the President of the Human Rights Council, “to investigate in the Occupied Palestinian Territory, including East Jerusalem, and in Israel all alleged violations of international humanitarian law and all alleged violations and abuses of international human rights law leading up to and since 13 April 2021”. It also mandates an investigation into “all underlying root causes of recurrent tensions, instability and protraction of conflict, including systematic discrimination and repression based on national, ethnic, racial or religious identity.”

Accountability of the perpetrators

The resolution asks the commission to gather facts and evidence of human rights violations, including “systemic discrimination repression based on national, ethnic, racial and religious identity” in order for them to be used in a legal process to hold the perpetrators accountable.  This would amount to an investigation into the rights violation of Palestinian citizens of Israel as well.

The adoption of the resolution came after a prolonged discussion on the recent Israeli attacks on Gaza in which 248 Palestinians, including 66 children, were killed. The speakers criticized Israel’s indiscriminate use of violence inside civilian areas and accused it of expanding illegal settlements and forcefully displacing Palestinians from Sheikh Jarrah and other residential areas.

Earlier, opening the session UNHRC chief Michelle Bachelet said that Israel has attacked civilian areas destroying the infrastructure and killing non-combatants in its recent Gaza offensive and “if found disproportionate, such attacks might constitute war crimes.” She also asked Israel to halt the eviction of the residents of Sheikh Jarrah calling it a violation of Israel’s obligations under international law.

She also criticized Hamas’ use of rocket attacks inside Israel calling it violations of international humanitarian laws.

The resolution asked all the relevant parties to cooperate with the commission of inquiry. However, immediately after the resolution was passed, Israeli prime minister Benjamin Netanyahu issued a statement calling the decision “shameful” and an example of UNHRC’s anti-Israel obsession.” Israel also said that it won’t cooperate with the commission.

The US mission in Geneva issued a statement criticizing the adoption of the resolution, calling it “unfortunate” and threatening to “imperil the progress that has been in recent weeks” in achieving lasting peace in the region. 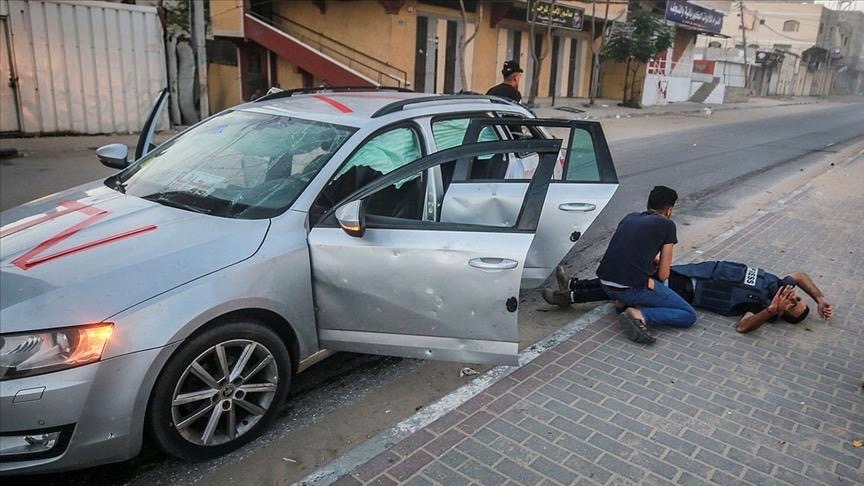