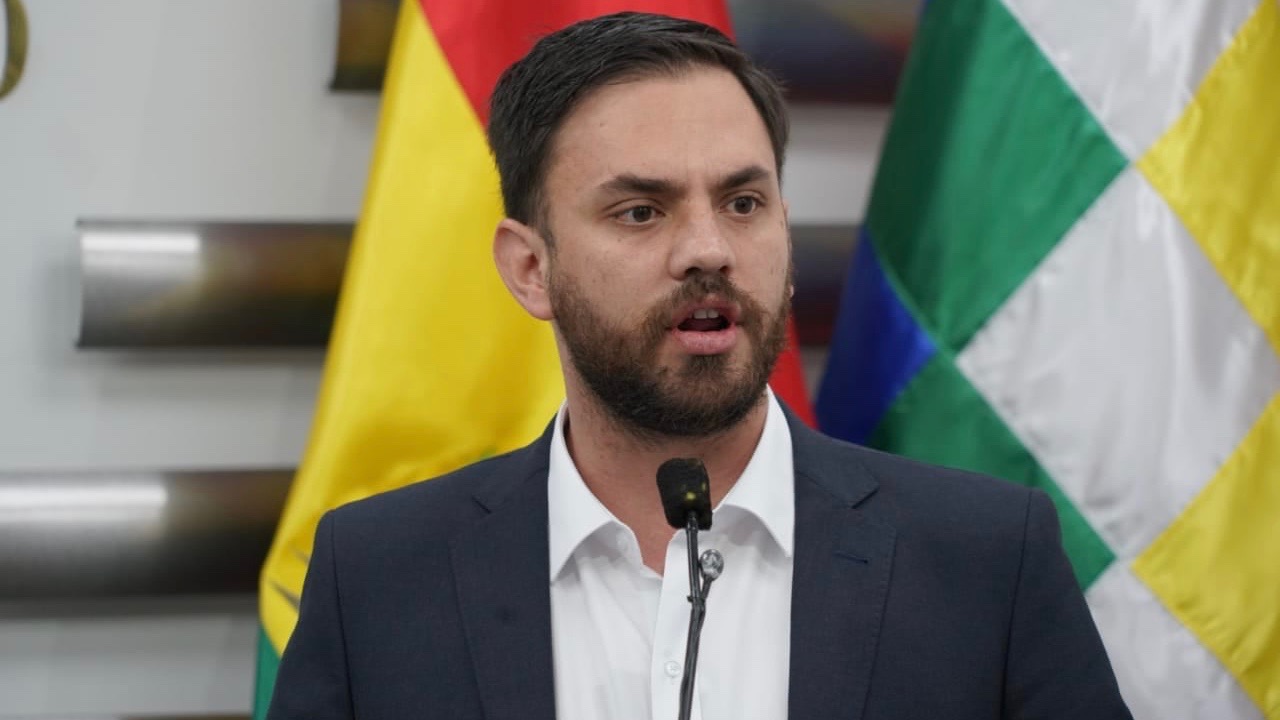 Bolivian government minister Eduardo del Castillo, on June 10, reported that the government had opened an investigation into the case of alleged delivery of war ammunition by the Ecuadorian government to the Bolivian coup regime in November 2019. Photo: Agencia Boliviana de Información (ABI)

“We have seen that the Ecuadorian government has lent tear gas to the government of Ms. Jeanine Áñez, however, we have unofficial information that they had also provided high-caliber ammunition, we are talking about war ammunition,” Castillo told the media at a press conference. “The investigations shall determine whether they have been acquired legally or illegally. We will determine what were the purposes of the supplied war munitions,” he added. Castillo also said that “we understand that a large part of the tear gas was on loan. We will see if the Ecuadorian legal regulations allow Lenín Moreno to take out weapons of war to send them to other countries.”

Last week, lawyer Gary Prado revealed that the former government minister Arturo Murillo, through the defense ministry, managed to get tear gas on loan from Ecuador to provide the Bolivian police with non-lethal anti-riot supplies to suppress the anti-coup and pro-democracy mobilizations that broke out in the country following the coup d’état against former President Evo Morales.

Prado presented the information as a part of the “tear gas” corruption case. He assured that the loan was agreed when Murillo was arranging to acquire the tear gas from Brazilian company, Cóndor, through the US-based intermediary company, Bravo Tactical Solutions, for a price of 5.6 million USD with a surcharge of 2.3 million USD.

The investigation into the tear gas case has accelerated following Murillo’s arrest in the United States on charges of bribery and money laundering in the same case in the month of May. The commander of the Bolivian police, Jhonny Aguilera, also indicated that the information regarding supply of ammunition arose from the statements of former officials during the investigation of the tear gas case.

Following the victory of president Luis Arce and vice-president David Choquehuanca of the Movement Towards Socialism (MAS) party in October 2020 general elections, the democratically elected government opened investigations against several former coup government officials for their role in various corruption cases, massacres, incidents of violence and human right violations committed during their one year in office. On November 16, 2020, arrest warrants were issued against Murillo, along with other officials, in the tear gas case. However, before the police could arrest Murillo, he fled Bolivia. The police investigations had revealed that Murillo was in the US.

Yesterday, the government press agency, Agencia Boliviana de Información (ABI), released an official document from the Ministry of Government of Ecuador in which it was revealed that Moreno’s administration lent Áñez’s regime 5,500 grenades and 2,949 projectiles in November 2019.

In the document, dated May 27, 2020, the Ecuadorian police general commander, Hernán Patricio Carrillo Rosero, requested the then defense attache of Bolivian embassy in Ecuador, José Luis Frías, to coordinate the return of the material delivered by Ecuador to Bolivia as a loan in 2019. The letter further added that the Ecuadorian government appointed Fernando Correa Gordillo, the National Director of Logistics, for coordination tasks.