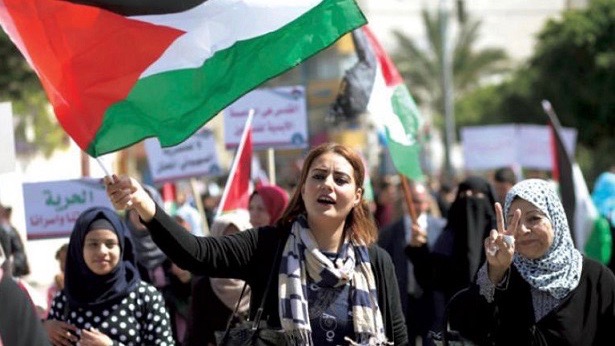 The central committee of the Palestinian Peoples Party (PPP) confirmed on Tuesday, July 13 that it has expelled Palestinian Authority’s (PA) labor minister, Nasri Abu Jaish, from its primary membership and that it is no longer a part of the PA government headed by prime minister Mohammad Shtayyeh. The PPP central committee issued a statement saying that it is “no longer represented in any form or by anyone in the government.”

In its meeting on July 5, the PPP central committee confirmed the decision to withdraw from PA and asked Jaish to resign from his post. However, on July 10, Nasri stated his intention to stay on with the government claiming that prime minister Shtayyeh had refused to accept his resignation twice. Following Nasri’s refusal to withdraw from the PA government, the secretary general of PPP, Bassam Salhi, reiterated that “Nasri Abu Jaish is no longer a member of the party and we are committed to our exit from the government.”

In the statement, the PPP insisted that there should be an independent investigation into the circumstances leading to Banat’s death and all those responsible for his killing be held accountable. The party also demanded the release of all political prisoners in Palestine and stopping all kinds of infringement on the rights and dignity of citizens. Secretary general Salhi also underlined that such incidents should not be repeated in the future as they are alien to Palestinian culture and against all international laws, resolutions and covenants.

The Palestinian Communist Party formed in 1922 is one of the oldest parties in Palestine. It was renamed as PPP following the dissolution of the Soviet Union in 1991. It has been a member of the Palestinian Liberation Organization (PLO) since 1987. The PPP has been a part of the PA since its formation in 1994 after the Oslo accords.