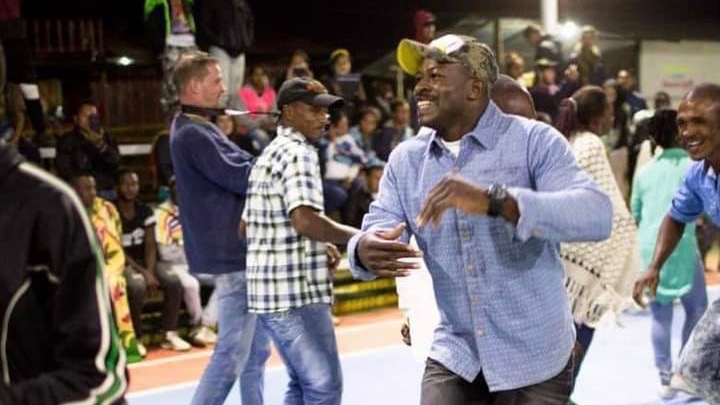 Peace signatory and former FARC combatant Yorbis Valencia Carabali was assassinated on July 25 near his home.

Paramilitary violence has once again reached worrying levels in Colombia. Massacres, assassinations of social leaders and former FARC combatants, and incidents of forced displacement have been on the rise. The majority of the incidents have been concentrated in the Pacific and Northwest regions of the country where there has been a significant expansion of illegal armed and drug trafficking groups, according to human rights organizations.

As per the Institute of Development and Peace Studies (INDEPAZ), this year, as of July 25, 102 environmentalists, land defenders, human rights activists and leaders of Afro-descendent and Indigenous communities as well as 30 ex-combatants of the FARC have been murdered. Additionally, around 200 people have been killed in 57 massacres perpetrated in these seven months of the year. The figures are among the highest in recent years.

Jean Carlos Rodríguez Díaz is the most recently murdered social leader. Jean Rodríguez was shot dead in the El Carmen municipality in the Norte de Santander department on July 25. He was the president of the Community Action Board (JAC) of the Las Águilas village. He is the 1218 social leader to be assassinated since the signing of peace agreements between the former Colombian government and the FARC guerilla group in November 2016, in Havana, Cuba.

Ánderson Guerrero, also known as Yorbis Valencia Carabalí, is the most recently assassinated ex-FARC combatant and signatory of the peace agreements. Ánderson was also killed on July 25, near his home in the Buenos Aires municipality in the Cauca department. He was in the reincorporation process and was part of a collective productive project in the region. The Common Party, which emerged after the disarmament of the FARC as a part of the peace agreements, condemned his murder and denounced that with Ánderson, the painful figure of peace signatories killed since the signing of peace agreements reached 279.

The latest massacre, as classified by INDEPAZ, was carried out on the night of July 24 in the Balboa municipality, Cauca department. In the violent incident, three people -a woman and two minors- were killed. It was the 11th massacre in the Cauca department.

Furthermore, the humanitarian crisis and forced displacements due to the escalation of violence also continue to worsen. In a recent incident of displacement in the Ituango municipality in the Antioquia department, around 3,000 people from peasant communities in 28 villages were forced to abandon their homes due to high levels of insecurity.

The aggravation of this humanitarian tragedy has also been recognized by different agencies of the United Nations. At the beginning of this month, the UN Verification Mission in Colombia (UNMC), in a report, noted that the violence due to disputes over social and territorial control between different illegal armed groups continues to affect communities, human rights defenders, social leaders and former combatants, particularly in 25 municipalities in the departments of Antioquia, Cauca, Caquetá, Guaviare, Meta, Nariño, Norte de Santander, Putumayo and Valle del Cauca. The UNMC’s report added that forced mass displacement and confinement of civilians also continued, particularly affecting Indigenous and Afro-Colombian communities in Antioquia, Cauca, Chocó, Nariño and Valle del Cauca departments.

The United Nations Office for the Coordination of Humanitarian Affairs (OCHA) also reported that the number of victims of mass displacements in Colombia has increased by 101% between January and May 2021 as compared to the same period in 2020. Likewise, the number of incidents of displacement has increased by 31% in relation to the same period in 2020.

Several human rights and social activists and organizations as well as opposition political leaders and parties have condemned the far-right government of president Ivan Duque for its reluctance to implement measures to stop these acts of violence. Many have also condemned that the killings are driven by economic interests as well as political agendas.