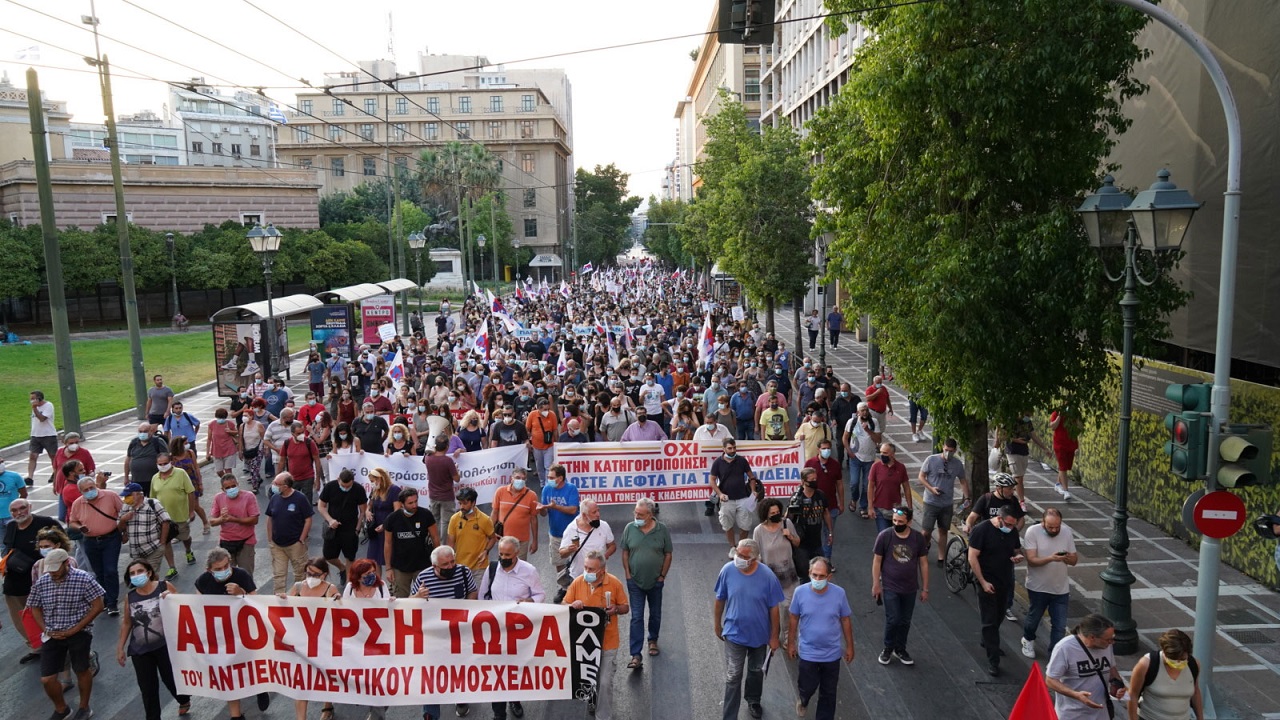 On Thursday, July 22, educators, students, parents, trade unions, and other progressive sections in Greece marched in several parts of the country protesting the new bill on school education introduced in the Greek parliament by the conservative New Democracy (ND) government. A major mobilization was organized in Athens which saw thousands march to the parliament while the debate on the bill was taking place. Protesters claim that the new bill is intended to convert school education into a business project. The Greek parliament will vote on the bill on July 28. Opponents of the bill have called for another major mobilization to the parliament on that day.

The bill for “upgrading the school and empowering teachers” envisages making schools autonomous so that school authorities can decide how to organize teaching and the choice of books, receive private funds, organize programs with collaborators, etc. The bill also introduces a four-month evaluation system for students, and an evaluation of the effectiveness of the educational system at various levels. The bill also calls for the evaluation of teachers.

Various collectives of school teachers, students, parents, and other school staff have slammed the new bill as regressive and called on the government to withdraw it. Critics claim that the bill is a continuation of the neoliberal policies which have led to structural cutbacks in public education in the country. They allege that the cover of ‘autonomy to the schools’ is a scam, and that the evaluation of teachers is devised not to improve their performance, but as a ploy to silence teachers who stand for the rights of students and for public education. The reforms will not only exacerbate the class disparities among students, but also result in the formation of ‘rich’ and ‘poor’ schools in the country, these groups claim.

The Communist Party of Greece (KKE) extended its support and solidarity to the protests and said it would challenge the bill in and outside the parliament. In the deliberations on the bill in the parliament on July 20, KKE MP G. Delis said that “the bill consists of provisions that strike at the heart of the school’s educational role, focusing on the “autonomy” of the school unit, which is a key strategic choice of the European Union (EU) and the Organisation for Economic Co-operation and Development (OECD) for Education.”

“Arrangements are being made that pave the way for the utilization of school facilities outside school hours to secure additional resources, funding schools from donations and sponsorships,” he added.

The All-Workers Militant Front (PAME) has demanded that all schools should get adequate state funding and support with modern infrastructure, laboratories and equipment. PAME stated that parents should not have to spend to educate their children and that there should be comprehensive education with modern and scientifically based comprehensible textbooks and curricula, which should be accessible for all children. PAME also called on the government to plan the reopening of schools with smaller and safe class rooms. 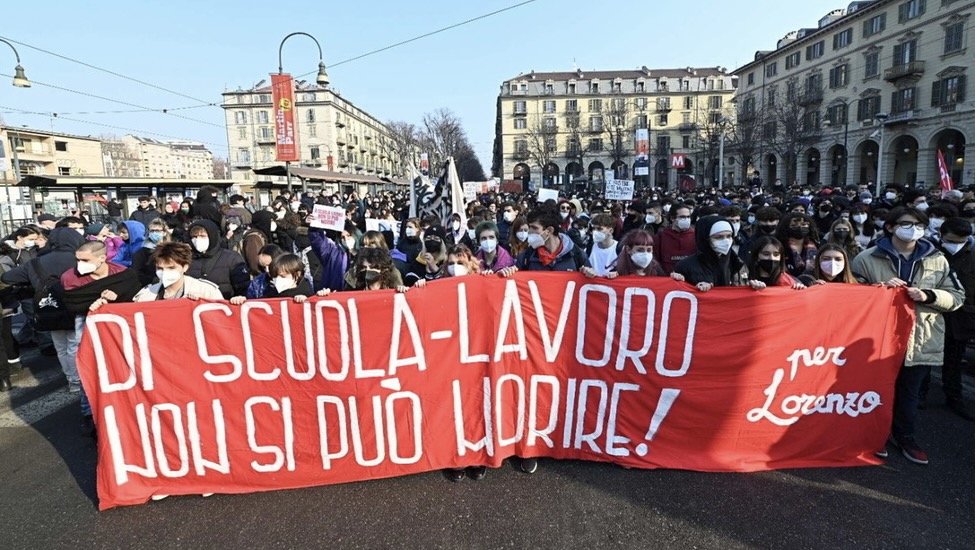