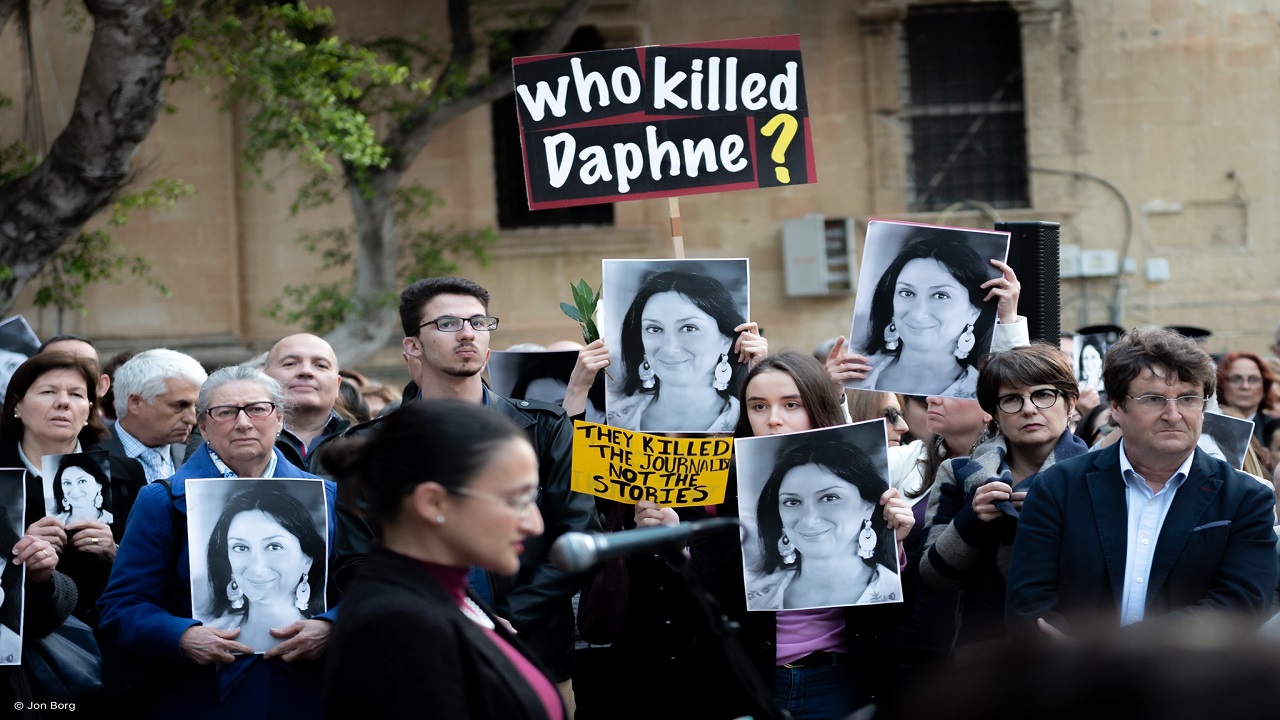 A report released on Thursday, July 29, by a public inquiry commission in Malta accused the state of creating a pervasive “atmosphere of impunity” which enabled the killing of popular Maltese journalist and anti-corruption activist Daphne Caruana Galizia in 2017. According to the 437-page report, “the state should shoulder responsibility for the assassination” because Galizia’s killers seemed confident that they would not be convicted by those in charge of the Maltese state at the time as they were also interested in silencing the journalist. Following the publication of the report, Maltese prime minister Robert Abela apologized to Galizia’s family for the state’s shortcomings in ensuring her safety. On July 30, the journalist’s family accepted the apology and demanded that the government implement the recommendations made by the inquiry committee.

According to a Times of Malta report, even though the inquiry did not find proof of direct government involvement in Galizia’s assassination, it accused that the “government has created a favorable climate for anyone seeking to eliminate her to do so with the minimum of consequences.” According to the report, the state failed to recognize the real and immediate risks to Galizia’s life and also failed to take reasonable steps to avoid these risks.

The inquiry commission was constituted in 2019 following two years of campaigns and protests to establish whether and to what extent the Maltese state was responsible for the circumstances that led to Galizia’s death. Retired judge Michael Mallia, former chief justice Joseph Said Pullicino and Justice Abigail Lofaro are the present members of the commission.

Galizia was killed in a car bomb explosion on October 16, 2017. Her murder evoked widespread furor in and outside Malta. On several earlier occasions, she had been threatened and intimidated by criminal gangs, corporates, and the state itself for her reports on corrupt big business-politician nexus and organized crimes in the country.

The journalist’s murder triggered widespread protests in Malta. In the subsequent investigation, three men were arrested in 2017 on charges of detonating the car bomb. In 2019, Maltese businessman Yorgen Fenech was also arrested in relation to the murder. Their testimonies reportedly hinted at the complicity of state officials in the  murder, creating much controversy and political unrest in the country during the 2019-2020 period which resulted in the resignation of several state officials. Protests forced prime minister Joseph Muscat himself to resign on January 13, 2020. On February 23 this year, Vince Muscat, aka il-Koħħu, one of the three men arrested for detonating the car bomb, was sentenced to 15 years in prison after pleading guilty to the murder.

On July 29, following the publication of the inquiry report, the Graffiti Movement in Malta stated that “the crime of those with political or economic power spread across Malta is central to a de facto state of impunity. No government in Malta can guarantee the prevention of a state of impunity if it is indebted to corporations with private interests.”

“Were it not for a culture of impunity and weak institutions, Daphne Caruana Galizia would still be with us today,” the statement added.