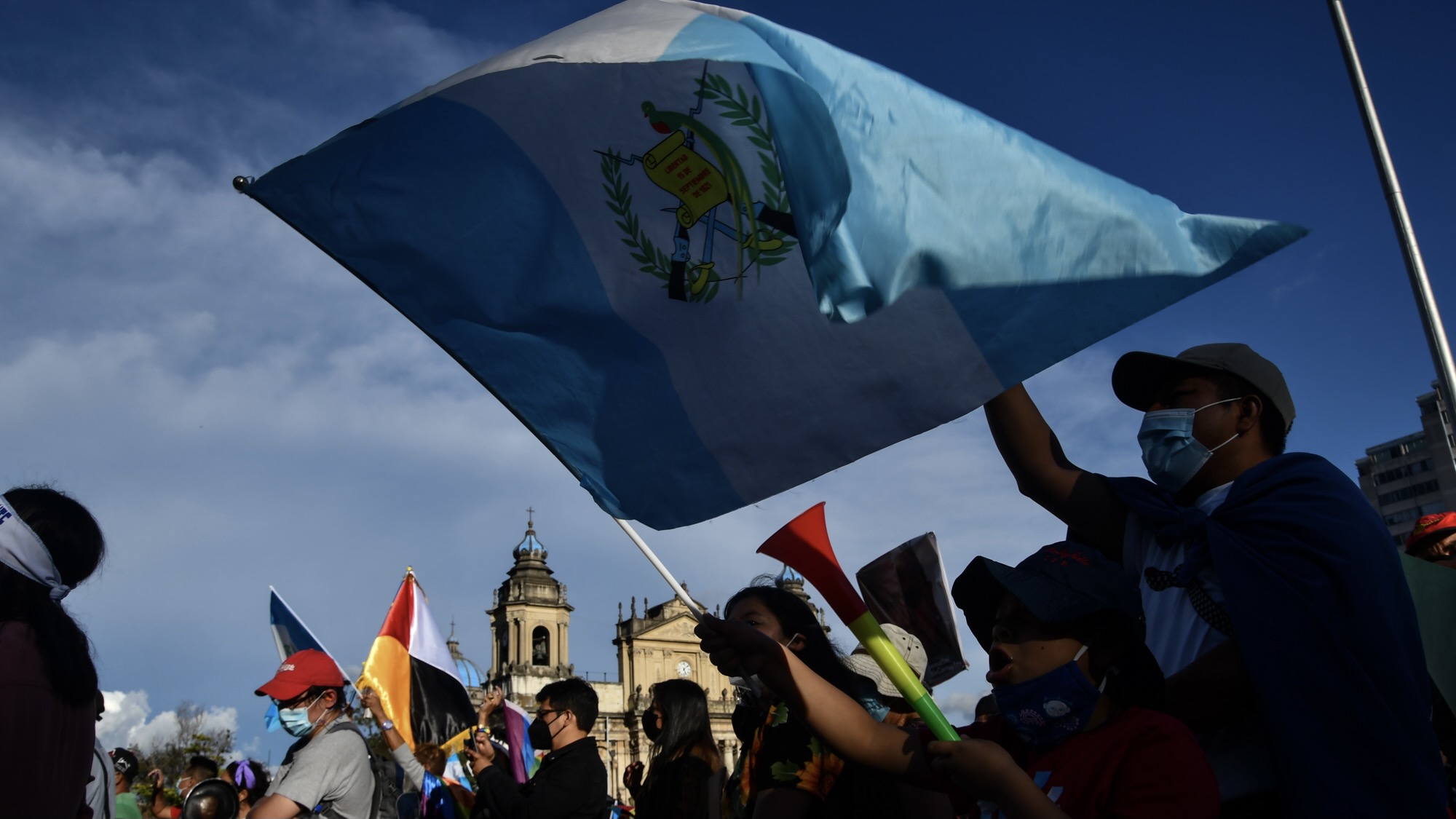 Since July 29, thousands of Guatemlans have been mobilizing across the country demanding President Alejandro Giammattei’s resignation, an end to corruption and comprehensive policies to deal with the COVID-19 pandemic. Photo: Nelton Rivera/Prensa Comunitaria

Eight months after last year’s nationwide anti-government protests, Guatemalans have once again taken to the streets demanding the resignation of far-right president Alejandro Giammattei, his cabinet members and attorney general Maria Consuelo Porras. They are demanding an end to the widespread corruption in the country as well as comprehensive policies to deal with the COVID-19 pandemic. As of August 3, the country has registered over 370,000 confirmed cases of coronavirus and around 10,450 deaths due to the disease.

For the past five days, since the massive national strike on July 29, thousands of citizens, members of numerous social, Indigenous, peasant, student organizations and trade unions have been mobilizing in different parts of the country in rejection of the involvement of the government officials in corruption scandals and the mismanagement of the pandemic.

Guatemalans are also demonstrating in rejection of Porra’s decision to dismiss Juan Francisco Sandoval from the position of the head of the Special Prosecutor Against Impunity (FECI). Sandoval was leading the investigations and inquiries regarding corruption processes in the acquisition of COVID-19 vaccines and medical supplies. He has left the country due to threats to his physical integrity and judicial actions against him. According to the mobilizing sectors and the opposition, the issue of corruption and impunity will aggravate in public institutions after Sandoval’s removal.

On July 29, in the capital Guatemala City, citizens marched from the San Carlos University to the Congress, the presidential house, the public ministry and the constitution plaza. Outside the capital, other protest measures such as roadblocks, including a sit-in on the Inter-American Highway, rallies, among others were organized in all the 22 departments of the country. Everyday since that day, demonstrations have been held throughout the national territory.

On August 3, transport workers blocked the Inter-American Highway in the regions of Las Pozas, Sayaxché and Petén demanding that the Constitutional Court annul the government agreement 17-2020, on the purchase of Civil Liability insurance against Third Parties for Collective Transport of Passengers and Cargo. They also expressed their support for the call from diverse sectors for the resignation of the president and the attorney general.