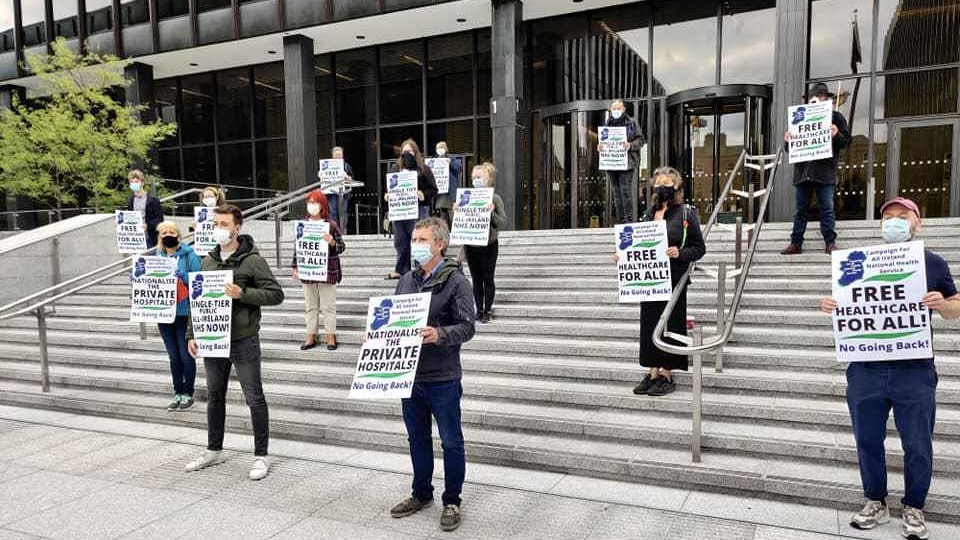 Activists from the Campaign for an All-Ireland National Health Service.

In May 2021, the Campaign for an All-Ireland National Health Service organized an all-Ireland day of action, marking the 100-year anniversary of partition, the process by which the government of the United Kingdom divided the island into two separate political jurisdictions: Northern Ireland and Ireland. In Dublin, protesters met at the Department of Health to read out the demands of the Campaign. Activists held demonstrations at hospitals in Armagh, Belfast, Cork, Derry, Enniskillen, Galway, Letterkenny, Monaghan and Newry. According to campaigners, numbers were small due to the need to respect rules on social gatherings, but the demonstrations achieved their objective of showing that the demand for an All-Ireland National Health Service was shared by people across the North and South of Ireland.

The Campaign, which consists of a network of health activists, trade unionists and healthcare workers, is advocating for an all-Ireland national health service to replace the separate systems that currently operate on the island.

Prior to the pandemic, both systems were under severe strain. In the south’s two-tier system, everyone has access to the public hospital system run by the Health Service Executive (HSE) but those with private insurance (around 50%) receive preferential treatment in public hospitals and by medical specialists. Due to austerity policies implemented both during and before the crisis, the HSE had fewer hospital beds in 2020 than in 1980 and the service is severely understaffed. Over the same period the number of private beds has mushroomed. Almost 900,000 public patients are on waiting lists for treatment, with over 100,000 people waiting more than 18 months. Patients with private insurance are generally seen within weeks.

Northern Ireland’s public Health and Social Care system (HSC) provides universal coverage for health and social care and these services are generally free at the point of use. However, decades of austerity and poor workforce planning have hollowed out the substance of these rights. Over 300,000 people are now on waiting lists, and waiting times for an initial appointment in certain specialities stretch to six years. As a result, those who can afford it increasingly turn to the private sector.

The people’s push to unify healthcare

Public anger over the erosion of public health services had already manifested through campaigns in defense of local hospitals and services and major healthcare strikes on both side of the border in 2019. But the pandemic bluntly demonstrated the need for a deeper transformation. In May 2020, a network of activists, healthcare workers, trade unionists and politicians launched the Campaign, demanding a unified health and social care system that is free at the point of use and covers Ireland North and South. Members of the Campaign point out that the HSC and HSE already operate partnerships in areas such as cardiology, cancer and pediatric service. On a small island with a porous border, it makes sense to combine resources and expertise, and to create a new system capable of responding not only to the pandemic but to the stark health inequalities that exist in both jurisdictions.

Despite the difficulties posed by COVID-19 restrictions, the Campaign has succeeded in reaching a wider audience. Members published an open letter calling for an all-Ireland health service and the nationalization of private hospitals, which has been widely shared and signed by opposition political parties, academics, healthcare workers and members of the public. Through a series of online public meetings, with broad participation, the Campaign is developing an inclusive vision for a system in which local populations and healthcare workers have a say in how their service is run. In a meeting focusing on healthcare workers and an All-Ireland NHS, workers from the services in the North and South discussed their ideas on how such a system could be achieved, what it might look like and how to get unions involved in demanding this transformation.

The Campaign has also built democratic legitimacy by canvassing local authorities. On July 13, South Dublin City Council passed a motion supporting the campaign and its aims after members presented the case for an All-Ireland Health Service. Similar motions have already been passed by several other councils in the North and South, with councilors from parties across the political spectrum voting in favour and acknowledging the extreme pressures on the current systems.

Due to demand on hospitals during the pandemic, routine procedures were postponed, leading to further growth in waiting lists in the North and South. Healthcare workers have shouldered huge responsibility and worked in dangerous conditions without reward. Frustration with the current state of both health services is only likely to increase. Although at an early stage, the Campaign has started a new conversation about how these challenges can be overcome. By mobilizing the expertise of workers and communities the Campaign is developing a vision of a health service the public can be proud of, and one they may be willing to fight for.

Sign up to get involved with the Campaign here 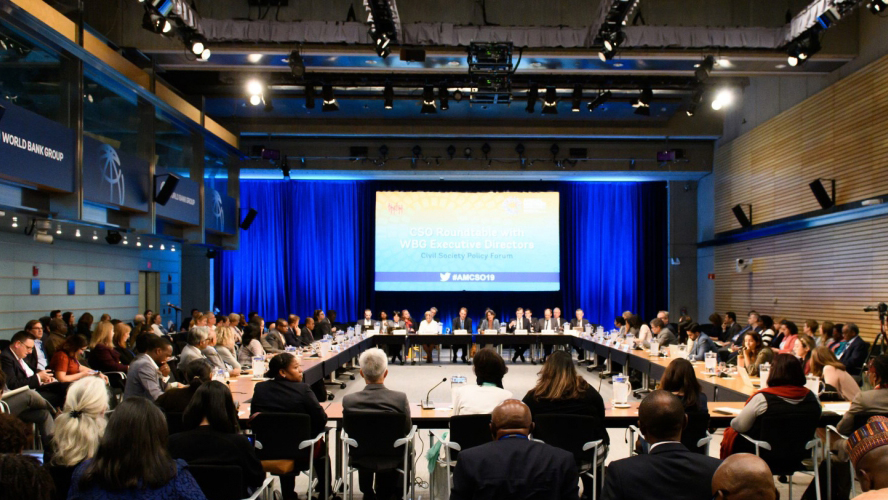