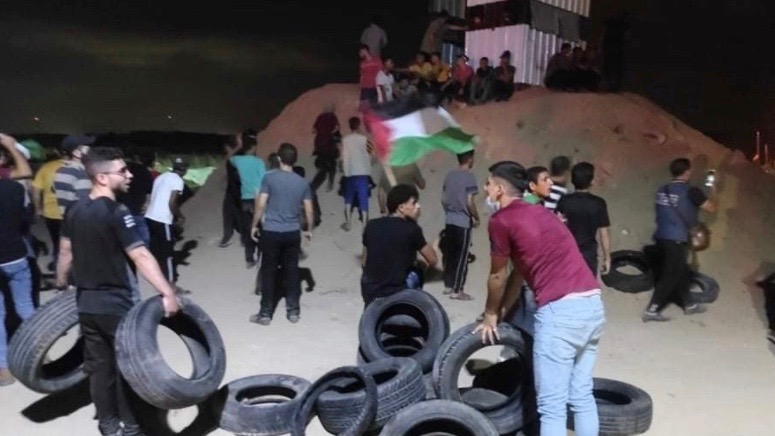 (Photo: via The Palestinian Information Center)

At least one Palestinian was killed and more than 20 others were injured on Thursday, September 2, when Israeli forces opened fire on protesters in Gaza. Palestinians in the Gaza strip are holding nighttime protests across the borders with Israel to demand an end of the crippling blockade imposed by Israel since 2006.

Ahmed Saleh, 26, was shot in the abdomen after Israeli forces fired indiscriminately using live ammunition at hundreds of Palestinians gathered near Khas Younis in the southern Gaza strip. At least 15 other Palestinians, including five children, were injured by live ammunition in the firing. One of the injured children is reported to be in a critical condition.

Breaking: The Israeli military forces killed tonight Palestinian youth Ahmed Saleh and injured at least 20 others during a peaceful protest against the Israeli blockade on Gaza. pic.twitter.com/VnmdeAHcng

Several other Palestinians were injured by rubber coated bullets fired by the Israeli forces across the fence which separates Gaza from the 1948 Israeli borders. Israeli forces also used drones to fire tear gas shells on the protesters, which led to several more injuries.

With the killing of Saleh, the total death toll in the weekly protests has gone up to three, including a 12-year-old, since the protests began last month. Scores of Palestinians have also been wounded in the Israeli firings on the largely peaceful protests.

This week, Palestinians in Gaza are organizing night time gatherings near the border as part of their weekly protests against the Israeli blockade.

More than two million Palestinians in Gaza are forced to live without basic amenities and amid crumbling civilian infrastructure due to Israel’s refusal to allow the free movement of goods and people across its borders. Israel also restricts movement through the narrow opening Gaza has at its border with Egypt.

The comprehensive land, sea and air blockade imposed on the Gazans for over a decade now has destroyed the economy of the territory. More than half of Gazans are unemployed and the majority of them are forced to live in poverty. The blockade has converted Gaza into the “world’s largest open air prison”, as per the UN. Conditions in the Palestinian territory have worsened since the 11-day-long Israeli bombings in May this year, which killed more than 250 Palestinians and injured over 2,000 apart from destroying a substantial part of the civilian infrastructure. 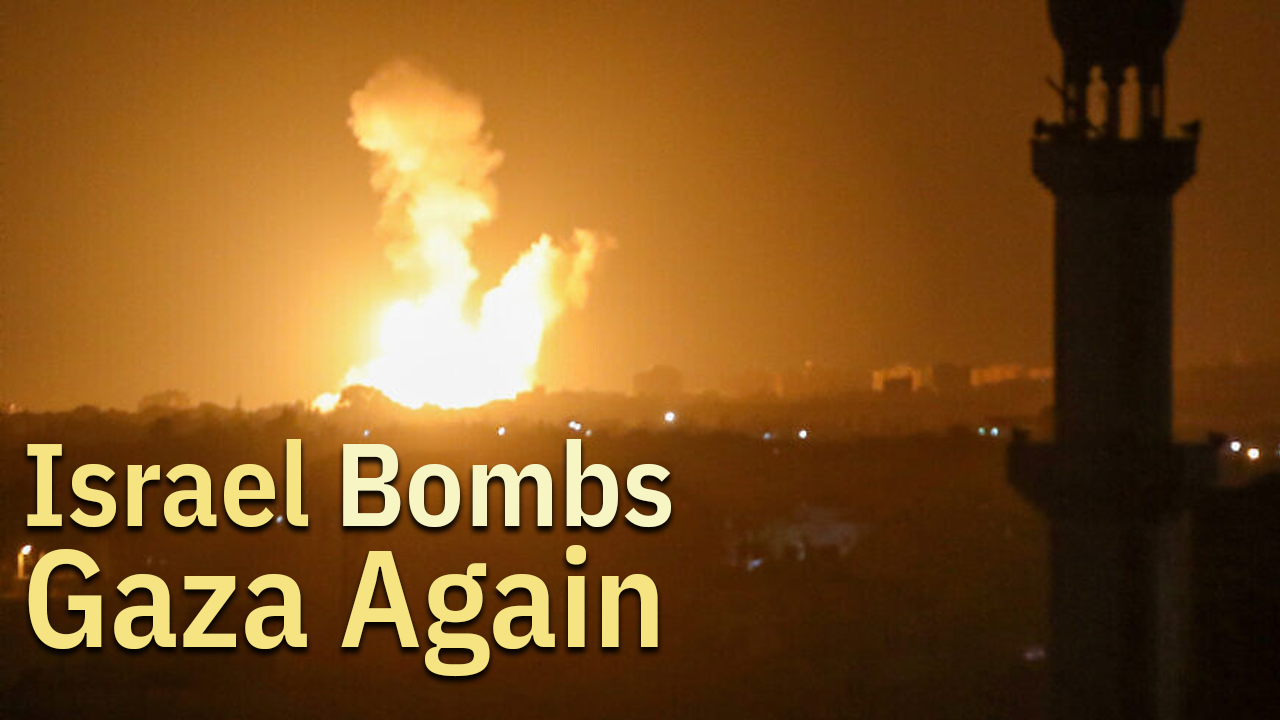