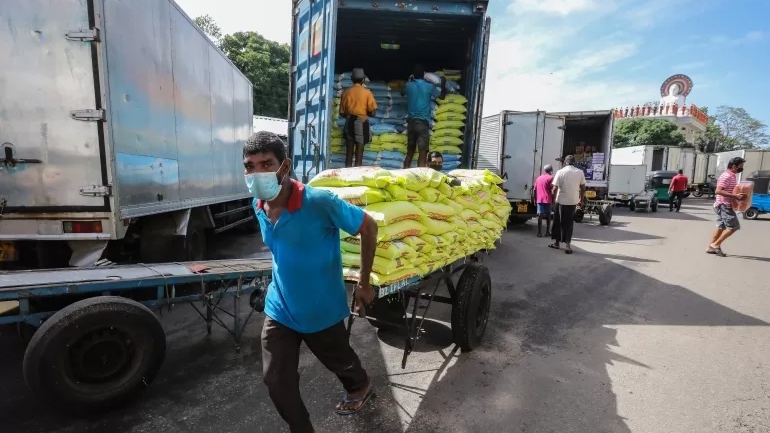 The latest spike in COVID-19 cases has again plunged Sri Lanka into a healthcare crisis. The government has extended the nationwide lockdown till September 13. On Tuesday, at least 184 people died of COVID-19, taking the death toll to over 10,500.

As the third wave, with a high number of cases of the Delta variant, rapidly spread across the country, the authorities imposed a three-week lockdown in August. Health experts fear that the situation may worsen in the coming weeks.

On September 6, the authorities declared emergency regulations for the distribution of essential food items. The decree gives the Gotabaya Rajapaksa-led government sweeping powers to seize stocks of essential items such as rice, paddy, and sugar. This declaration of a state of emergency will allow the present dispensation to dictate retail prices for essential items.

The food emergency passed in parliament with 132 of 225 legislators voting for it is likely to increase militarization and strengthen the military control. The opposition, importers, and traders stress that this will violate people’s fundamental rights and turn the country further towards authoritarianism.

In August, Human Rights Watch said that “Sri Lanka’s police are increasingly killing and abusing people under cover of the Covid-19 pandemic measures and an anti-drug campaign.” It cited reports of extrajudicial killings, torture, and arbitrary detentions and called for the restoration of independent oversight of the police.

The regulations controlling the food supplies will give stringent powers to the military official appointed as commissioner-general to control food stock and confiscate goods in warehouses and vehicles used in transporting the food items. Activists fear this process will lead to structural repression of people, especially importers and traders, which the government accuses of hoarding.

According to estimates, the total number of active cases has crossed 74,000 as of Wednesday. Earlier, the country recorded 571,589 COVID-19 vaccinations administered on a single day — the highest yet. As per the Epidemiology Unit of the Health Ministry, “more than nine million people have reportedly received both doses of the vaccine.”

The health ministry has released a new vaccination initiative of inoculating the 20-30 age group at the district level.