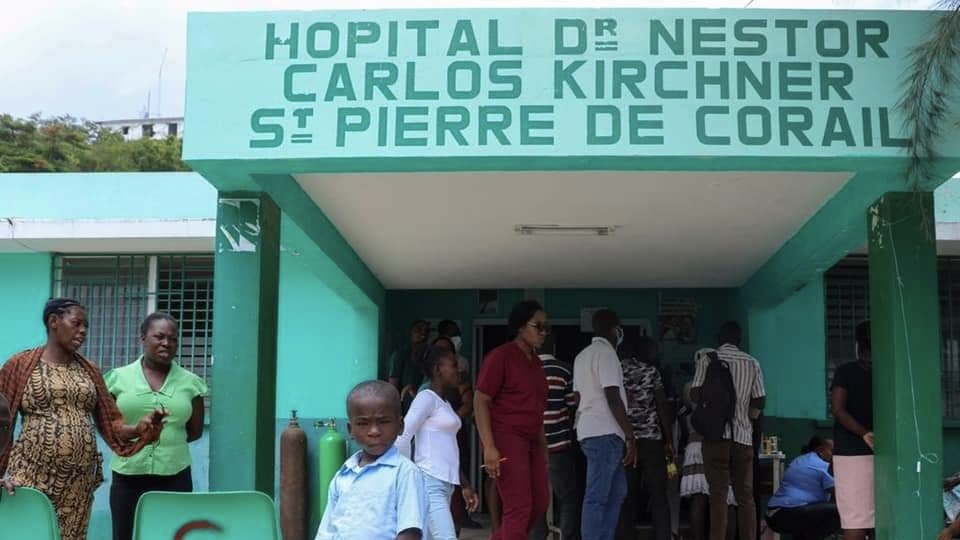 The first independent nation established in the Caribbean through the world’s most successful slave rebellion, continues to face the consequences of centuries of colonial wrath. As the small nation grapples with the impacts of a devastating earthquake, the assassination of its president, and the global pandemic, the country’s weakened public infrastructure has hindered its ability to protect its people.

“Access to public service infrastructure in all Haitian provinces is extremely limited because of a lack of funds and various international processes which led to the impoverishment of the country,” explains Yvel Admettre, General Secretary of Confederation of Public and Private Sector Workers (CTSP). The situation in the four provinces in the southwest which were hit by a magnitude 7.2 earthquake on August 14 this year is now even worse than before, as all local healthcare infrastructure was severely damaged. The earthquake killed more than 2,000 people. “You have to consider that the same parts of the country were basically still rebuilding from the damage brought on by hurricane Matthew in 2016, meaning that the available healthcare facilities were not operating at necessary capacity to begin with,” Admettre says.

However, natural disasters are just part of Haiti’s struggle to put into place a system of effective and strong public services. Health workers and healthcare delivery have been suffering the effects of the imperialist meddling through international financial institutions which call for public sector cuts in exchange for aid and the direct intervention in the country through military occupations such as the United Nations “peacekeeping missions” such as MINUSTAH and MINUJUSTH. While dozens of countries, international charities and aid organizations boast having sent large donations to Haiti, investigations over the past several decades have revealed international webs of corruption to siphon these funds away from the people and in some cases even negatively contributed to recovery efforts.

Very few aid programs have significantly contributed to strengthening Haiti’s public sector and workers’ rights in the public sector have consistently remained extremely limited. This is true not only for health workers, but also those working in education, water and sanitation, energy, and the other sectors where CTSP has members.

According to the trade union leader Admettre, when it comes to health care, working conditions are precarious in both public and private institutions. Workers in the public healthcare system at bigger general hospitals and health centers are burdened by very low salaries which has led them to take several strike actions over the past years. On the other hand, he says, salaries in private clinics and specialized hospitals are marginally higher, but employment in those institutions is informal and offers no social security, like contributions to retirement funds and similar rights. “Because the salaries in the public sector are just not enough, health workers are left with the option to sacrifice employment security for a little more money,” says Admettre.

At the same time, an overall deficit of health workers persists in the whole country, as many of them are forced to migrate to other countries largely due to the employment challenges in the sector. According to the WHO, there was a total number of 2606 of physicians in Haiti in 2018, while the combined number of nurses and midwives was 4424 for a population of over 11 million. In comparison, the neighboring and slightly less numerous Dominican Republic counted 14,984 physicians and 14,592 nurses and midwives. Although both countries remain well below the WHO identified ratio of approximately 38 nurses per 10000 population, the situation in Haiti is striking.

The shortage in Haiti is partially addressed thanks to Cuba, which has repeatedly sent health workers through its internationalist medical brigade program. Cuban solidarity has ensured the presence of 253 health workers in Haiti before the earthquake, with an additional 11 arriving after August 14. While the program was formalized in 2005, its tradition stretches all the way to the 1960s and is rooted into the ideas of universal public health care and social medicine promoted by Che Guevara.

Although their presence has ensured better access to healthcare in virtually all provinces of Haiti, it is far from what is needed for a stable health system. This can only be achieved by more investment in public health infrastructure, says Admettre. “Strengthening public health systems means building more health centers in proximity to the population, not only in cities, as well as creating a lot more – decently paid – employment,” he concludes.

Health effects of the political crisis

This picture seems hard to achieve, however. Since 2018, more than 100 trade unions, NGOs, and other associations have issued warnings about the situation to which Haiti was edging towards, citing among their concerns the effects of neoliberal policies implemented by the Moïse administration, as well as the closure of educational and health institutions, along with an increase in violence and authoritarianism. Such trends did not take a turn for the better following the recent assassination of de facto president Jovenel Moïse, meaning that health and other public service workers are now dealing with the aftermath of the earthquake in the same precarious conditions from previous years and in a political climate of instability.

As the political and juridical deadlock extends, together with the unavoidable lack of funding, it is becoming increasingly difficult to ensure the basic functioning of public services, let alone strengthening them. In the case of health care, this has become obvious even in the case of the COVID-19 pandemic. Admettre explains that the overall impoverishment of Haiti has meant that the pandemic isn’t even the most pressing health issue that people face.

“Most people are leading a very day-to-day existence, so they are really not in the situation to worry a lot about COVID-19”, he says. For example, although the first 500,000 doses of COVID-19 vaccines had reached Haiti only a few days before the earthquake, for most people illnesses such as malaria or a possible re-emergence of cholera still represent a more direct threat than infection by COVID-19.

As the political standstill makes it impossible to implement changes that would enable the most vulnerable in Haiti to have access to a well-functioning public health system, finding an adequate solution to the crisis is key. Such a solution will have to make room for the strengthening of the public health system and be based on democratic decision-making and participation, instead of external interference. This has been a demand of progressive organizations in Haiti for the past several years and has become even more pressing in recent months. 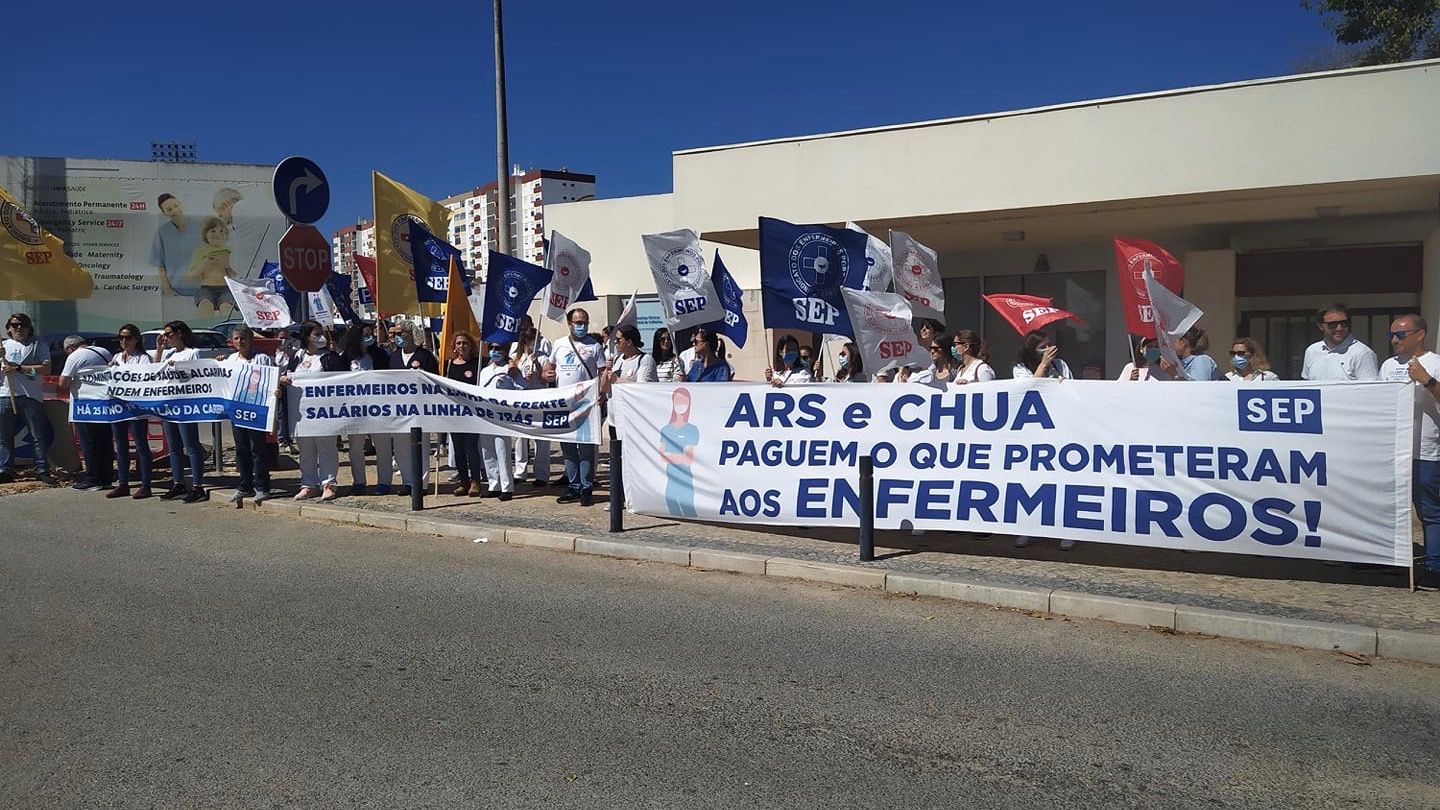