On September 14, Tuesday, protests were held at the opening of the ‘Defence & Security Equipment International’ (DSEI) arms fair at the Exhibition Centre London (ExCeL), United Kingdom. The Campaign Against Arms Trade (CAAT) and Stop The Arms Fair gave the call for protest against the conduct of one of the world’s largest arms fairs in London, denouncing the DSEI Arms Fair as “where those who profit from war, repression and injustice do business.” The Young Communist League (YCL-Britain) also organized a protest march in London.

The DSEI Arms Fair is a biennial defense and security trade exhibition held at ExCeL where armament manufacturers showcase their latest products and technologies such as planes, bombs, rockets, guns, tanks, and warships. The DSEI Arms Fair is one of the busiest in the world. According to reports, around 1,700 exhibiting companies participated in the 2019 DSEI fair.

This year, in the four-day fair scheduled from September 14 to 17, over 800 exhibitors, including the world’s top 10 arms manufacturers, are participating. State and military delegates from more than a hundred countries — including those with notorious human rights track records — have been officially invited by the UK government.

The Campaign Against Arms Trade (CAAT) have expressed particular concern over the delegation of Saudi Arabia. Saudi Arabia is one of the biggest arms buyers globally and one of the leading countries in a coalition fighting the war in Yemen, which has resulted in the death of tens of thousands of people and millions lacking basic necessities to survive. The last fair saw the presence of Egypt, the UAE, Bahrain, also countries on the UK government’s list of “countries of concern.”

Dr. Samuel Perlo-Freeman from the CAAT said that the list of official invites to DSEI from the UK government has “the express purpose of bringing them together with the UK’s and the world’s leading arms dealers, show[ing] they are not serious about arms export controls, or global peace, human rights or good governance. The arms deals sealed at DSEI will make the world a more dangerous place.”

The London committee of the Young Communist League (YCL-Britain) said that “we won’t stand for imperialists selling weapons to repressive states under our noses.” 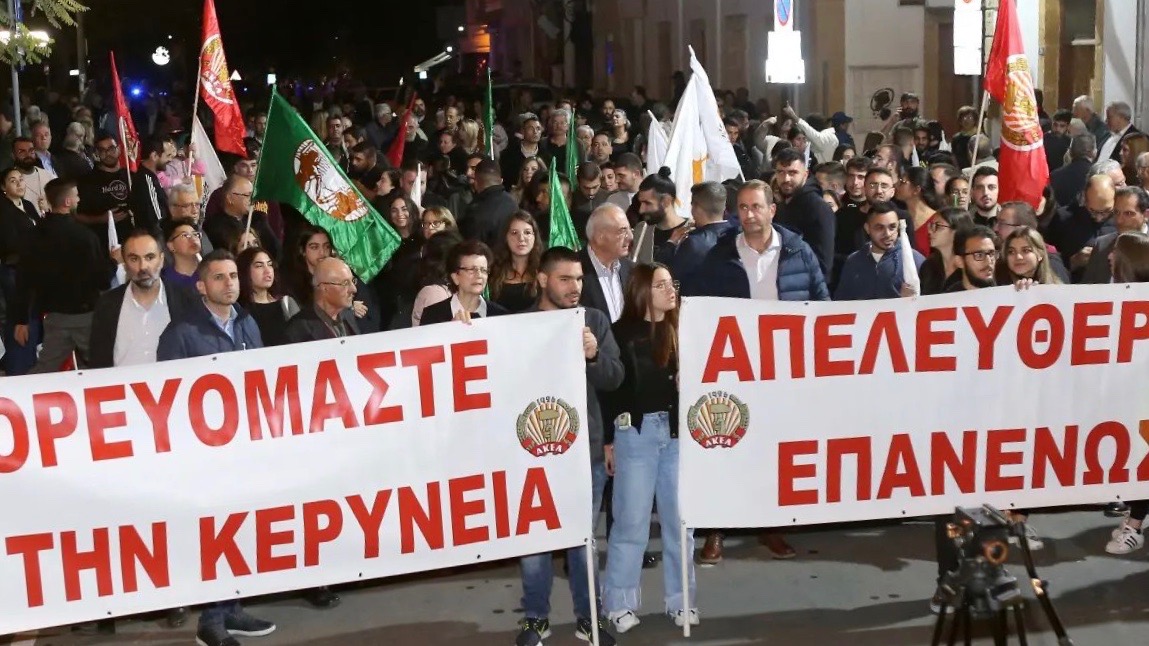