“They are killing us”. Photo: Colombia Informa

The systematic assassination of social leaders and human rights defenders in Colombia continues unceasingly at a horrifying rate. On average, everyday, at least one violent incident and more than one death is recorded in the South American country. On September 20, the Institute of Development and Peace Studies (INDEPAZ) reported that five social leaders were murdered in different parts of the country on that same day.

María Nancy Ramírez, a teacher and member of the Antioquia Teachers Association, was shot dead by two assassins in Santa Rosa de Osos city in the Antioquia department. Jose Luis Pai and Jovanny Javier García, Indigenous leaders of the Awa Quejuambi Feliciana and Hojal La Turbia communities respectively, disappeared on September 19 and were found dead with several signs of violence in Tumaco city, in the Nariño department. Dilio Bailarin, Indigenous leader and member of the Alto Guayabalito Community, was killed in Carmen del Darién town, in the Chocó department. He had recently received threats from illegal armed groups operating in the municipality. David Aricapa Viscue, a member of the Lopez Adentro Indigenous Community, was also shot dead in Caloto town, in the Cauca department.

INDEPAZ denounced that with the assassination of these five leaders, the total number of environmentalists, land defenders, human rights activists and leaders of Afro-descendent and Indigenous communities assassinated this year reached 124.

On September 21, INDEPAZ reported that on September 20 again, the 72nd massacre of the year was perpetrated in Tumaco, Nariño. The human rights organization reported that four people were killed in a public establishment by unidentified armed men who arrived at the place and indiscriminately shot the people present in the premises. A total of 259 people have been killed in these 72 massacres.

In addition to social leaders and human rights defenders, the former combatants of the Revolutionary Armed Forces of Colombia (FARC) guerilla group, who gave up the armed struggle, signed peace agreements with the previous government, and are in the reincorporation process, are also being targeted and assassinated. According to the INDEPAZ, 37 ex-combatants of the FARC have been murdered so far this year, and 283 since the signing of peace agreements in November 2016, in Havana, Cuba.

The majority of the incidents have been concentrated in the Pacific and Northwest regions of the country where there has been a significant expansion of illegal paramilitary and drug trafficking groups. The departments of Antioquia, Cauca, Chocó, Córdoba, Nariño, Putumayo and Valle del Cauca are particularly the most affected. The incidents of forced mass displacement due to the escalation of violence have also been on the rise in these departments.

The paramilitaries, illegal armed groups and drug traffickers operating in these departments specifically target environmentalists, land defenders, human rights activists and community leaders, who work to defend land and natural resources, and protest against the cultivation of illicit crops and illegal mining activities in their territories.

Several human rights and social activists and organizations as well as opposition political leaders and parties have condemned the far-right government of president Iván Duque for its reluctance to implement measures to stop these acts of violence and and dismantle the illegal armed groups operating in the country. Many have also condemned that the killings are not only driven by economic interests but political agendas as well. 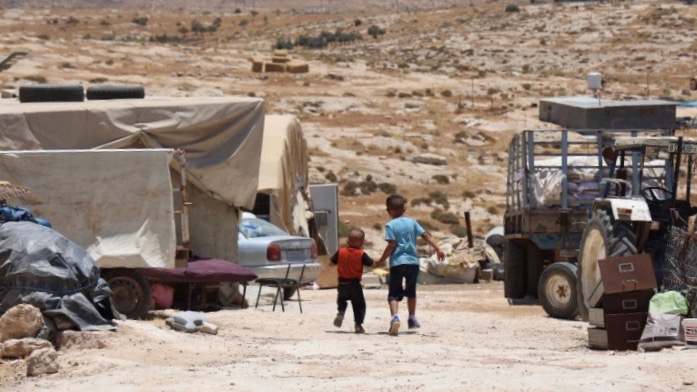