Earlier this month, on September 8, the Australian government announced its support for the growing campaign for a limited waiver on intellectual property rights on COVID-19 vaccines. Australia was among the last few members of the World Trade Organization (WTO) that stood against patent waivers on the vaccines. The government of Scott Morrison had earlier supported negotiations on the waiver, without signalling whether or not it will support a move towards that end.

In October 2020, India and South Africa had first proposed for the suspension of crucial sections under the Trade-Related Aspects of Intellectual Property Rights (TRIPS) for COVID-19 vaccines at the WTO. The proposal has since received massive support from most of the members, including from the likes of China and Russia. But opposition came mostly from the richer members of the WTO.

The Australian minister for trade, Dan Tehan, had stated that the change in policy was because of a similar change in policy taken by the United States earlier this year. But, there was a major campaign by trade justice advocates, health workers, and advocates of healthcare access, among others, who mobilized public support for the TRIPS waiver.

Peoples Dispatch spoke to the campaigners who contributed majorly to the crucial policy change in Australia. Some activists have pointed out that the government’s decision was sudden and hard to explain, but noted that a massive campaign was already underway to persuade the government.

David Legge of the People’s Health Movement (PHM) in Australia does not entirely discount the influence of the US decision on the Australian government. “Morrison, and the coalition parties of which he is a part, are committed to Australia’s role as deputy sheriff to the US in our region,” said Legge.

“While the US support for the waiver was not determining, there is no doubt that we would not have adopted this position if the US had remained opposed,” he said. Legge also emphasized the impact of mobilization and advocacy by individuals and organizations on the government.

Describing these efforts, Deborah Gleeson, an associate professor of public health at La Trobe University in Melbourne, said that “there has been a network of advocacy organizations that has been meeting regularly over the last six months or so and engaging in a concerted advocacy campaign.”

Initiatives undertaken by this network included an open letter from over 700 academics and health workers, a mass petition campaign that attracted over 50,000 signatures from within Australia, an opinion poll that showed overwhelming support for the waiver (62%), and thousands of messages sent to legislators and elected representatives.

According to Gleeson, “this large-scale collaborative effort has helped to shift the Australian government’s position.” She added that the AFTINET, a coalition of unions and civil society groups, has published materials and advocated directly to the government.

Gleeson and Legge also highlighted that this support may also have been influenced by the fact that Australia does not have an extensive pharmaceuticals sector like its northern hemisphere counterparts.

Legge noted that while “the Australian Government is commonly aligned with global-pharma-in-Australia,” unlike countries like Germany which are major exporters of medicines, Australians “import them and overwhelmingly pay for them through the Pharmaceutical Benefits Scheme (PBS) which as a monopsonic purchaser has been moderately effective in forcing pharma to accept lower prices.”

“Not a major determining factor but suggests some awareness in government of the rapaciousness of pharma,” he added.

Gleeson also speculated that “the ongoing supply issues that are affecting our vaccine roll-out” could have also affected the policy shift. “Australia doesn’t have a large research-based biotechnology sector,” she stated. “So really the surprising thing was Australia’s earlier opposition to the TRIPS waiver, rather than its current position of support.”

While health access advocates cheer this massive change in attitude in one of the biggest opponents of the TRIPS waiver, they are also acutely aware of the upcoming challenges, especially in Europe.

Major European governments like the United Kingdom, Germany and Switzerland, continue to be big roadblocks in the global push for an intellectual property rights waiver for the COVID-19 vaccine.

These nations also house some of the biggest pharmaceutical corporations in the world, that are also currently involved in vaccine production along with diagnostics and medicines that are essential in the current pandemic.

In their newsletter celebrating Australia’s shift and calling for further action, AFTINET noted that less than 20% of the vaccine doses go to low-income countries, and that only around 1.9% of the population there has received even the first dose.

“Vaccine donation programs like COVAX are also needed, but they alone cannot address this massive shortfall,” read the newsletter. “The waiver is essential to enable increased production in developing countries like South Africa and India which already produce generic medicines.”

A global campaign is currently underway to push for patent waivers on vaccines. This was  witnessed in an appeal by over 140 public figures, including Nobel laureates and former government heads, writing to candidates for the upcoming German federal election to reverse German opposition to the waivers.

With the German elections scheduled for September 26, the TRIPS Council meeting coming up next month, and the WTO ministerial meeting in November and December, health access advocates are gearing for an intensified global campaign for TRIPS waiver. 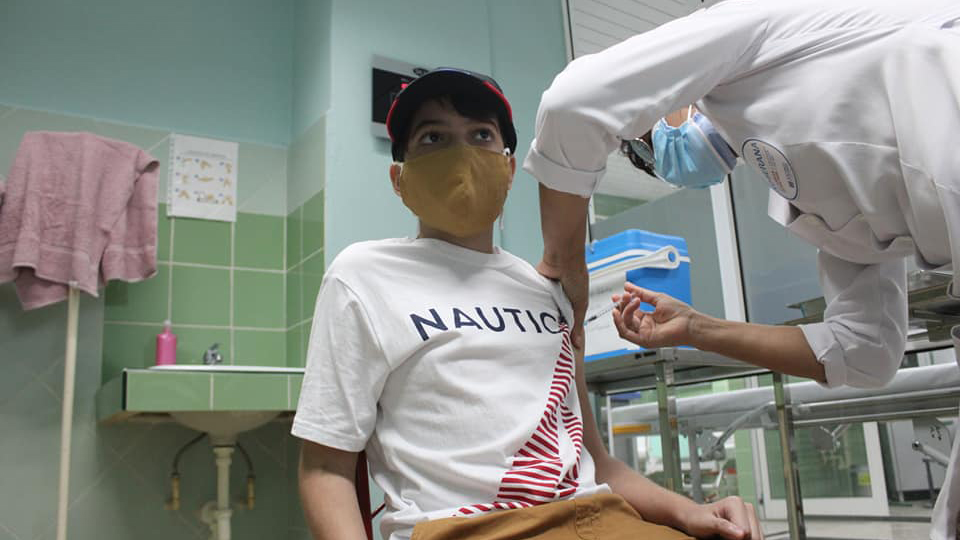