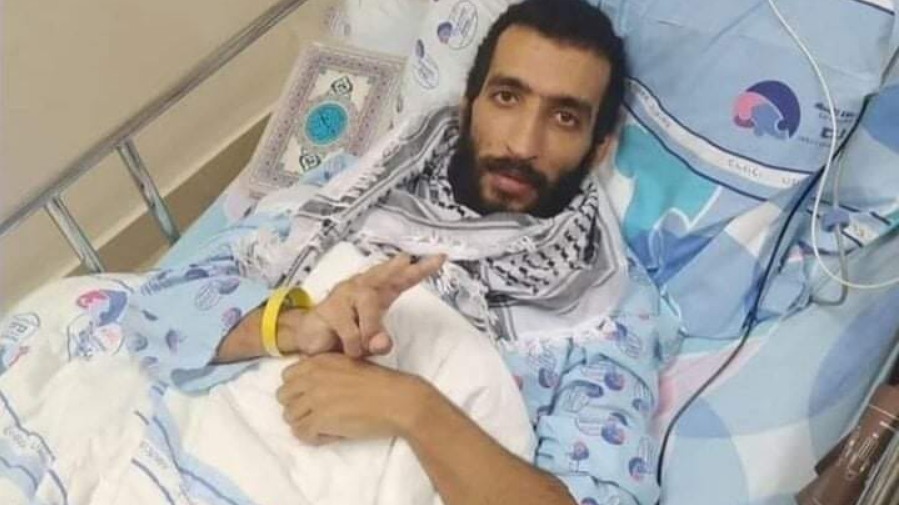 Israel has renewed the administrative detention of Kayed al-Fasfous, the Palestinian prisoner who has been on a hunger strike for the past 108 days. The news was revealed by his brother Khaled, his lawyer and the Palestinian Detainees Affairs Commission on Friday, October 29. Fasfous and six other prisoners began hunger strikes at various points over the past few months to protest their illegal administrative detention by Israeli authorities. He is currently being held at the Barzilai hospital in Ashkelon and has suffered a significant deterioration in his physical condition, experiencing symptoms such as severe pain and intermittent memory loss. Other prisoners are also suffering from varying levels of physical decline.

According to reports, Kayed al-Fasfous, whose administrative detention was suspended by the Israeli high court on October 14, will now remain in detention until December 14. His brother stated that the authorities had also barred his family and lawyer from visiting him. He was detained in October 2020 and has been held in administrative detention since. Under this policy, Israel can detain Palestinians without charge or trial for 4-6 months at a stretch, which can be extended.

Media reports said that despite his critical condition, he has been chained to the hospital bed and is being guarded by three security personnel. A spokesperson for the Muhaja Al-Quds Foundation has said that Fasfous, along with another prisoner who is on a hunger strike, Miqdad al-Qawasmi, are on the verge of death. He called upon the Palestinian people, leadership and the political factions to exert pressure on the Israeli government to support the striking prisoners in their endeavor to end their administrative detention. The spokesman for the Palestine Liberation Organization’s (PLO) Commission of Detainees Affairs, Hasan Abed Rabbo, denouncing the reactivation of the administrative detention against Fasfous, said that it amounts to “an execution attempt of a slow death sentence.”

Besides Fasfous and Qawasmi, who are on hunger strike for 108 and 101 days respectively, the other five striking prisoners are Alaa Al-Araj (84 days), Hisham Abu Hawwash (75 days), Shadi Abu Akr (67 days), Ayyad al-Hraimi (38 days) and Rateb Harebat (21 days). They have vowed to continue their open-ended hunger strike until their administrative detention is revoked. Across Palestine, people have also staged sit-ins and protests in solidarity with the striking prisoners. There are currently about 520 Palestinians being held under the administrative detention policy, approximately 9% of the total 4,650 Palestinian prisoners in Israeli prisons, a number that also includes 200 children and 35 women.