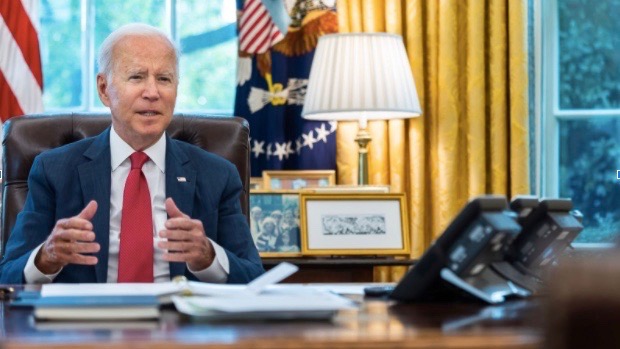 After months of negotiations, the US House of Representatives voted to approve the USD 1.2 trillion Infrastructure Investment and Jobs Act (IIJA) on Friday, November 5. It has already been passed by the Senate. Even after being whittled down by a trillion dollars, it is the largest single federally-funded investment in infrastructure in over a decade.The US received a C- score from the American Society of Civil Engineers earlier this year. So despite the bill being a fraction of its original size, it is sorely needed.

Another USD 110 billion will go to maintenance of roads, highways and bridges. According to the White House, this is the largest investment in the nation’s interstate highway system since it was constructed in the 1950s. The bill will also fund projects for communities disconnected from major highways and bridges, which are disproportionately Black. Furthermore, it would allot funds for maintenance at airports, ports and waterways, as well as investments to lower emissions. The bill proposed record investments in pathways for non-motorized transport. USD 1.44 billion a year will go to making and repairing bike lanes, sidewalks and trails.

The IIJA allocates USD 65 billion to improve broadband infrastructure, with the goals to lower the household price for internet service, create more transparency in pricing, and encourage competition in areas where existing service providers are not working well.

While Biden’s Build Back Better includes the majority of his administration’s planned measures to tackle climate change and emissions, the IIJA addresses the infrastructural issues facing communities both at-risk and already-devastated by climate change-related disasters. It allocates USD 50 billion to those hit by floods, heat waves and other recent climate-related destruction. Overall, the bill gives USD 154 billion for climate resilient infrastructure, including USD 5 billion for electric school buses and USD 7.5 billion for electric vehicle charging stations.

The bill leaves out most of Biden’s initial proposals, including workforce development, pay raises for essential workers and corporate tax rate raises. The original plan included measures to raise the corporate income tax rate to 28% and deter corporations from using off-shore tax havens. It would have also made it more difficult for corporations to merge with international companies in order to avoid paying taxes.

The outcome of months-long negotiations also nixed USD 100 billion in workplace development funds, from programs to help workers who lost their jobs during the pandemic, to trainings for high school students.

The IIJA was originally full of healthcare-related proposals like USD 400 billion to improve care for aging and disabled people and USD 18 billion to improve Veterans hospitals, which are decades older, on average, compared to private-sector hospitals.

It is clear the scale of the bill does not meet the scale of the problem. A major component of how successful it will be in improving the nation’s ailing infrastructure is how exactly the money is spent. So if the billions allotted for broadband expansion are given to the same corporations who have failed to do just this in the past or small contractors who fumble major repair projects, it will be difficult to call this bill a success.

It has been stalled by debates between progressives and more right-wing members of the Democratic Party over whether or not to include the IIJA with the “Build Back Better” social spending bill. For months, progressives have pushed for Build Back Better to be passed in tandem with the infrastructure bill arguing that this is necessary to ensure Biden’s full agenda is passed. Six progressive caucus members voted against the infrastructure bill on this basis.

One of them, representative Ilhan Omar, explained, “Passing the infrastructure bill without passing the Build Back Better Act first risks leaving behind child care, paid leave, healthcare, climate action, housing, education, and a roadmap to citizenship.”