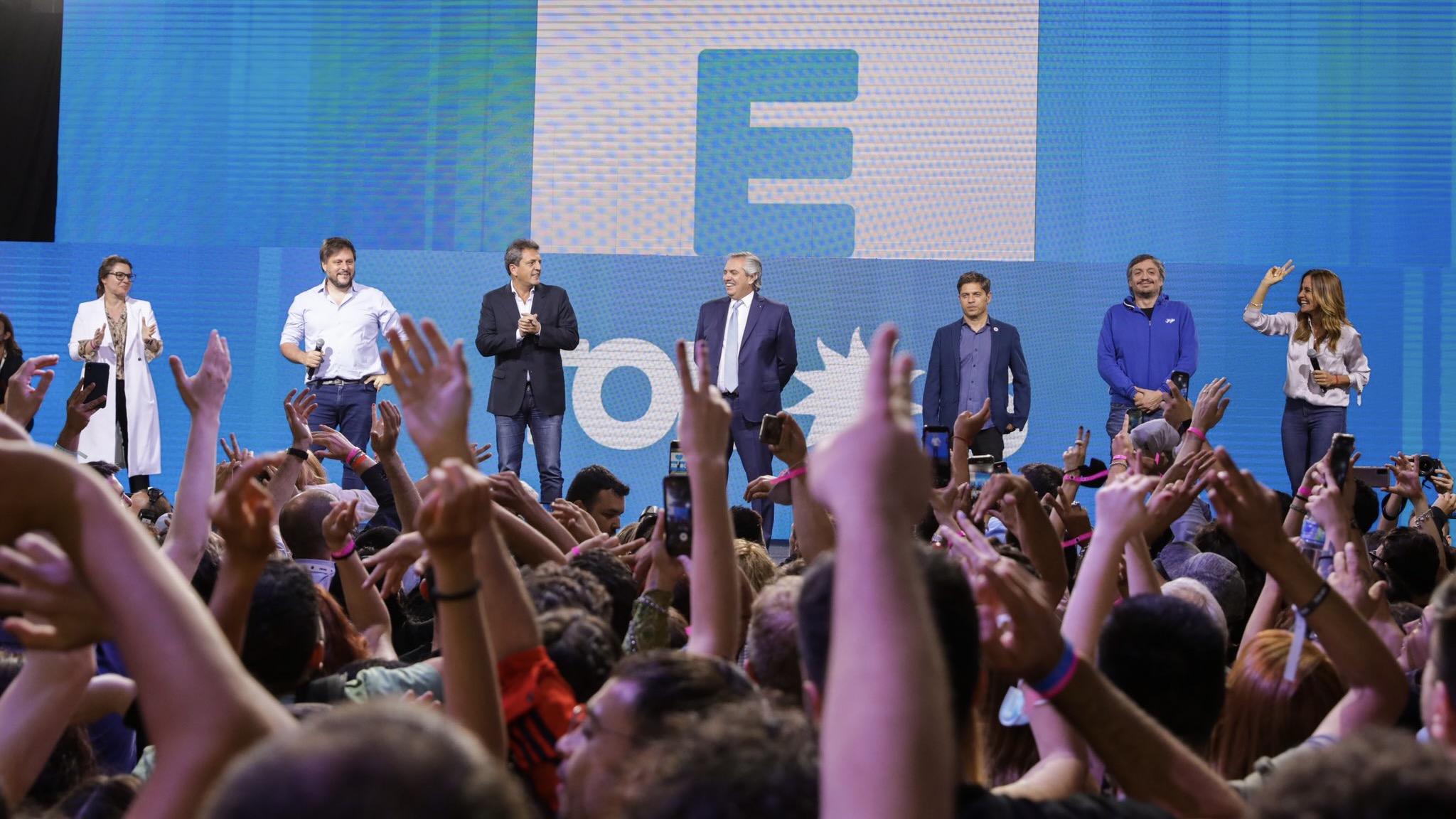 The ruling Frente de Todos alliance suffered a minor setback in the midterm legislative elections held in Argentina on November 14, but overall performed better than it had in the September primaries. The Peronist coalition lost the majority in the Senate, for the first time since 1983, and with it, it also lost the ability to hold sessions with its quorum. However, it also did notably cut the opposition’s seats in Buenos Aires Province, the province with the largest number of voters. It even gained seats in the capital, where the opposition has ruled for more than a decade.

The alliance led by president Alberto Fernández and vice-president Cristina Fernández de Kirchner managed to retain the highest number of seats in the Chamber of Deputies and keep Sergio Massa’s presidency, with 118 of the 257 seats, two seats less than it earlier had. In the Senate, it dropped from 41 to 35 seats of the total 72 seats. However, in terms of the total number of seats obtained in both chambers, the alliance remains the largest political force in the country’s parliament, with 153 of the 329 seats.

Meanwhile, the opposition coalition, Juntos por el Cambio, emerged as the winner of the elections at national level, obtaining 9% more votes (over two million votes) than the ruling alliance. In the Chamber of Deputies, the opposition coalition is almost on a par with the ruling alliance, with 116 seats, one more than it had. In the Senate, it gained 5 seats and reached a total of 31 seats. The coalition, led by former president Mauricio Macri, who deeply indebted Argentina with the International Monetary Fund (IMF) loans, remains the second largest political force in the congress.

After the announcement of the preliminary results on the night of November 14, President Fernández thanked the citizens for taking part in the democratic process. “There is nothing more beautiful than being able to listen to the people when they vote. To those who accompanied us, I extend my gratitude, to those who did not vote for us, I give my commitment that I will work for each of you,” he said.

The head of state also said that now “the second stage” of his government has begun and stressed that the Argentine population “needs a patriotic opposition.” He recalled that the debt with the IMF is the greatest damage left by the previous government and emphasized that “it’s time to solve the government debt problem that is the biggest obstacle we continue to face on the path of economic recovery, we must face the challenge to repair the damage.”

President Fernández  vowed to redouble his administration’s efforts to address the country’s economic recovery, the inflation and unemployment. In this regard, he announced that in the first week of December, he would send a bill to Congress that specifies the multi-year economic program for sustainable development, which “will contemplate the best understandings that the government has reached with the IMF in the negotiations it is carrying out, without compromising the economic growth and social inclusion.”

Around 34 million Argentines were eligible to vote in Sunday’s elections, to renew half of the Chamber of Deputies (127 out of 257 seats) and a third of the Senate (24 out of 72 seats). Argentine interior minister Eduardo Enrique de Pedro reported that around 72% of the registered voters participated in the elections.

The newly elected legislators will take office on December 10 and will remain in office for the next two years of Alberto Fernández’s administration.