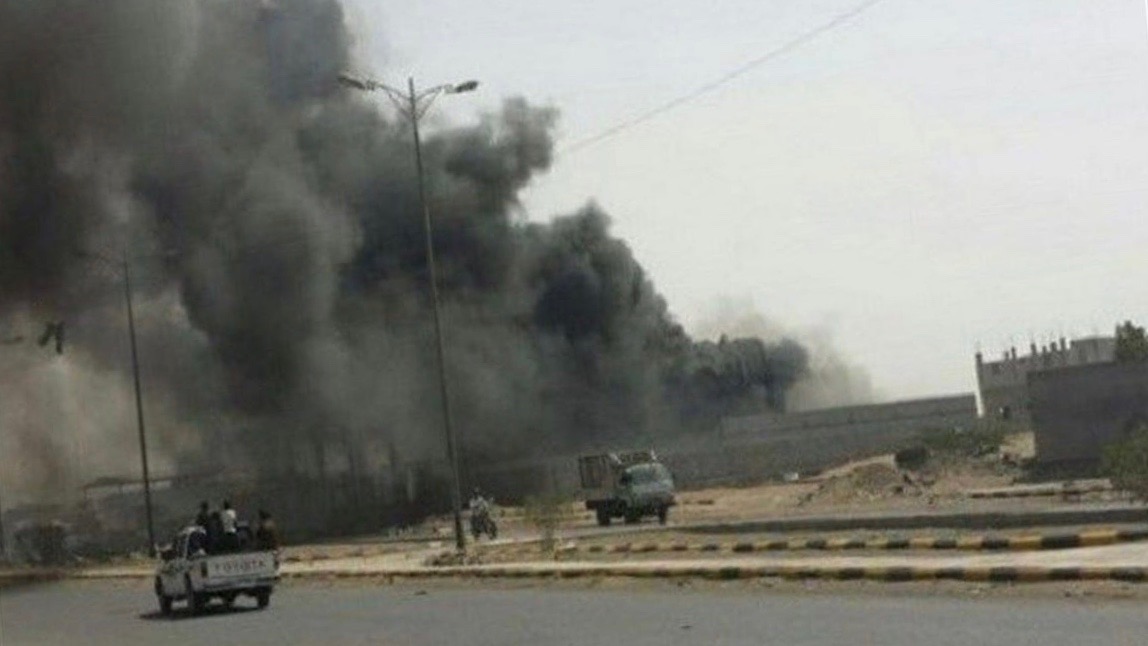 Smoke rises from the clashes between Houthi fighters and pro-government forces in Hodeidah, Yemen on November 11, 2018. (Photo: Middle East Monitor/Twitter)

The United Nations on Monday, November 16, urged the warring parties in Yemen to return to talks regarding the strategically important port city of Hodeidah in the wake of a sudden withdrawal of the joint pro-government forces from a number of districts, leading to the Houthis taking control of them. The UN Mission to Support the Hodeidah Agreement (UNMHA), in charge of monitoring the UN-sponsored ceasefire agreement signed in Stockholm in 2018, said in a statement that the withdrawal of the government forces from the districts of Al-Durayhimi and Bait Al-Faqih and parts of Al-Tuhayta district and Hodeidah city signaled a “major shift” in the frontlines of the Hodeidah governorate, adding that it stands ready to facilitate new talks in accordance with the existing agreement.

The news of the withdrawal came just a day after the Saudi-led military coalition began conducting airstrikes on various areas of Hodeidah on Sunday. The coalition announced 11 air raids “outside the areas covered under the Stockholm pact.” Fighting was reported between the Houthi militias and the government forces in Al Faza on Sunday, and in the Hays district, south of Hodeidah city, on Monday. Both the UN and the Yemeni government were later quoted as saying that they had no advance notice of the withdrawal. Other Yemeni coalition units, including the Red Sea coast fighters, expressed anger at the withdrawal and criticized the abrupt, unannounced manner in which it was done.

The UN later said that the developments had resulted in the displacement of thousands of civilians, adding however that “no displacement has been reported within the areas that came under control of the de facto authorities,” referring to the Houthis. Citing Yemeni government sources, the UN Office for the Coordination of Humanitarian Affairs (OCHA) said that “some 700 families (approximately 4,900 people) were displaced” to Khokha “while 184 other families (about 1,300 people) were displaced further south.” A 300-tent site in the town of Khokha, 100 kilometers south of Hodeidah, has reportedly been set up to house the internally displaced Yemenis. The authorities are reportedly trying to set up a similar site at another location to provide refuge for the increasing number of displaced civilians from the area. The UN noted that the Houthis’ advance in Hodeidah could result in “improved movement for civilians” between the provinces of Hodeidah and Sanaa, and along roads connecting Hodeidah city with other districts. Hodeidah is one of the most important port cities in the country, mainly because it serves as the entry point for 75-80% of all humanitarian aid and commercial goods entering Yemen.

Fighting is also taking place in the Marib province in northern Yemen where the Houthis are trying to wrest control of the last remaining northern stronghold of the Saudi and Western-backed Yemeni government. The intense fighting in and around Marib has led to thousands of civilians being caught in the crossfire and being displaced from their homes. The Saudi coalition also claimed to have killed hundreds of Houthi fighters.

The war in Yemen, which began in 2014 after the Houthis deposed the Yemeni government and captured capital Sanaa, took an even deadlier turn after the Saudi-led Gulf military coalition intervened in March 2015 to oust the Houthis and reinstate the government. So far, the war, which will soon enter its eighth year, has killed more than 233,000 Yemenis, majority of them civilians, and has internally displaced millions of others. About 80% of the Yemeni population is now dependent on international humanitarian assistance for survival. Millions of others are perilously close to starvation. Several deaths have also been reported due to disease outbreaks. The UN has described the situation in Yemen as the “world’s worst humanitarian crisis”.