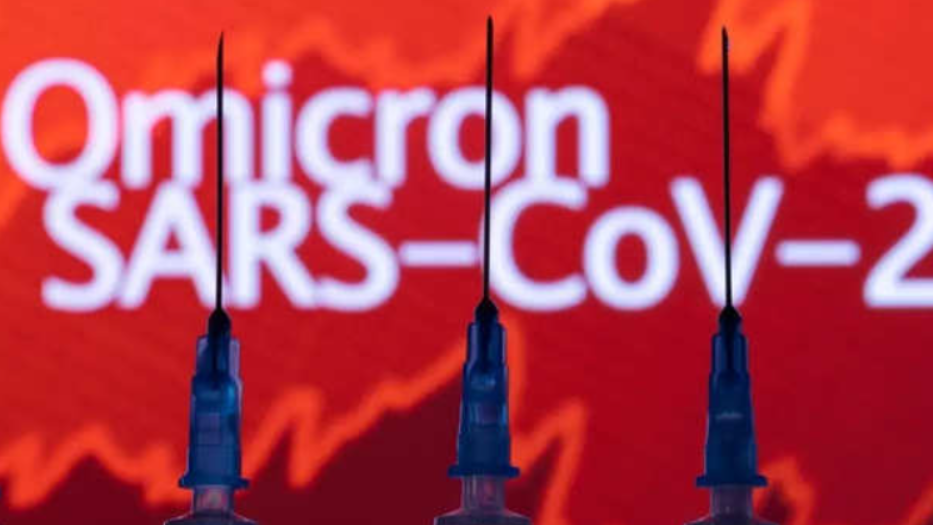 Omicron, a new SARS-CoV-2 strain, first detected in the Gauteng province of South Africa, has been acknowledged by WHO as a “variant of concern”. This is about the most concern WHO can show at this early stage of the emergence of this variant. Already, cases have been reported from other countries, indicating that Omicron is unlikely to get contained geographically. If it outperforms Delta in creating new infections, it may replace it as the dominant variant in Covid-19 infections, as Delta did to earlier variants. With huge numbers unvaccinated in the poorer countries as a deliberate policy and the far-right opposing vaccination in various countries, the world could plunge again from recovery to another downturn.

The WHO has been warming us that vaccine equity is the only way to contain the pandemic. Unless we prepare and tweak our immune system to fight SARS-CoV-2 infections, the Covid-19 pandemic will continue with huge numbers of deaths and economic devastation.

Let us not forget that the influenza epidemic killed 50-100 million in the world after the First World War, almost half of that in India alone. Nature can provide immunity, as it did after a few years. But it comes at a huge societal cost. That is why vaccines for everybody is a necessity to stop the epidemic. Instead, we see the rich countries—the EU and UK — actively opposing the waiver on patents of vaccines and sharing the manufacturing knowledge so that poor countries can access at affordable costs these life-saving vaccines. The United States, while claiming to support such measures, has thrown its weight behind Pfizer and Moderna, who are making huge profits on the back of the pandemic.

Just to put this in perspective: Peoples Vaccine Alliance has shown that Pfizer-BioNTech and Moderna will make pre-tax profits of $34 billion this year, a $93.5 million a day profit. Half this amount could have vaccinated the entire population of low-income countries!

The above figures are based on the latest company reports released by the pharmaceutical CEOs during their annual STAT Summit—the equivalent of a ‘Big Pharma Davos’—from November 16-18 this year. While ripping off the people who desperately need vaccines, Peoples Vaccine Alliance shows that Pfizer-BioNTech and Moderna have delivered less than 1% and 0.2% of their vaccine supply to low-income countries.

The rich countries believe somehow they can insulate their population from the pandemic even if it rages in poorer countries. This is based on the belief that the supposedly superior mRNA vaccines produced by Pfizer-BioNTech and Moderna will provide nearly full immunity to their population. The Omicron variant has shown that the spike protein, which helps the virus stick to the cells that line our nose and upper respiratory tract, can — and does — evolve with time. This makes infections easier as the virus becomes more transmissible and possibly helps vaccine escape, as most vaccines target the spike protein. Omicron has shown more than 30 such mutations in its spike protein. It is a very large number as, usually, new mutations from one generation to another take place only in a few locations.

As yet, the reason for such a large number of mutations to show up suddenly in a new variant is not clear. It could be that an immune-compromised patient has a really long-lasting Covid infection, allowing a large number of generations within their body. Or it could have jumped from us into an animal reservoir, continued to diverge from our variants, and jumped back again.

We still have two pharmaceutical interventions possible today, which we did not have at the beginning of the pandemic. One is that we do have vaccines, and even if they may not be as effective against the new variant as the ones against which they were developed and tested, it will still give us a degree of protection. Our immune systems have memory—either from vaccines or past infections—and will even react to the newer variants. The second is the two new anti-virals recently developed and found efficacious in recent trials. The first is molnupiravir, a drug originally developed by Emory University against influenza, repurposed for Covid-19 by Merck and a small pharma company Ridgeback Biotherapeutics. The other is Paxlovid from Pfizer, a combination of a drug developed earlier during SARS and Ritonavir, an antiretroviral used against HIV. The advantage of these two anti-viral drugs is they can be given in an oral form and, therefore, can be used early in Covid-19 cases when the anti-virals are most effective. The earlier anti-viral remdesivir is expensive and available only in injectable form, therefore unlikely to be used widely.

The issue here is not whether the vaccines will protect completely against any Covid-19 infection but whether it prevents severe cases and cuts hospitalization and death. This is also likely to happen with anti-virals. They cut down the replication of the virus in our bodies and are therefore relatively immune to changes in the virus itself. Thus we are far better placed in terms of pharmaceutical interventions—in science and technology terms—now than when the pandemic began.

What we lack is the political will to meet the pandemic health issue. Instead, we have vaccine nationalism, ghoulish companies that want to make super-profits from the pandemic, and countries that prefer to support profiteers at the expense of the health of the people.

The private companies claim that if they are not allowed to make these super profits, there will be no incentive for future drugs and vaccines. This is simply a lie. Almost all the developments, either in vaccines or as drugs, have come from public domain science. The entire field of mRNA vaccines came from publicly-funded research. The key research, based on which Moderna has developed its vaccines, was done by the US National Institute of Health. There is a major dispute on this between Moderna and NIH on a key patent that Moderna has filed. This is apart from Moderna receiving vast public funds for developing the vaccine. Even more narrowly, BioNTech, the small German company led by a Turkish origin husband and wife pair, developed this particular vaccine with a German government grant. This is their first commercial product. It is a BioNTech vaccine that Pfizer piggy-backed on with its marketing and manufacturing muscle securing worldwide rights. The vaccine is now wrongly known as the Pfizer vaccine, even though it had no role in its development!

It is not different for the development of anti-virals either. The original research for Molnupiravir was done by Emory University. Similarly, most anti-virals used against HIV, some of which are being repurposed for SARS-CoV-2, have come from public domain science. Once shown to be of promise, the private companies buy the patents cheaply and establish their monopoly over the drug by virtue of their monopoly.

The critical issue for both—the vaccines and the anti-virals—is their cost and availability. And it is here that Pfizer, with its major marketing power and the backing of the United States government, has made a killing. It continues to hold the world to ransom and demand not only exorbitant prices that the poor countries cannot pay but also total indemnity against lawsuits. It even demands that countries essentially pledge their assets, such as their gold and ports, against any damages claimed in lawsuits. The Financial Times, no votary of socialism, has in an article—The inside story of the Pfizer Vaccine: ‘a once-in-an-epoch windfall’— detailed how Pfizer used, or, more correctly, misused—its monopoly power over the vaccine to bully countries and not supply even promised deliveries to poor countries if a richer country has to pay a higher price.

The tragedy today, emphasized again by the looming Omicron threat, is that this was entirely avoidable. This could have been avoided if the rich countries had not supported their big pharma companies against the interests of the people—of the world and their own—and made it possible to mass-produce Covid-19 vaccines in large quantities. Srinivas Murthy, an infectious disease expert, has noted, “Allowing new variants to emerge and spread, 13 months into the vaccine era, is a policy choice by the rich world.” This emerging crisis is the price all of us now will have to pay all over again: through lockdowns, economic downturn, rush for hospital beds and critical care. 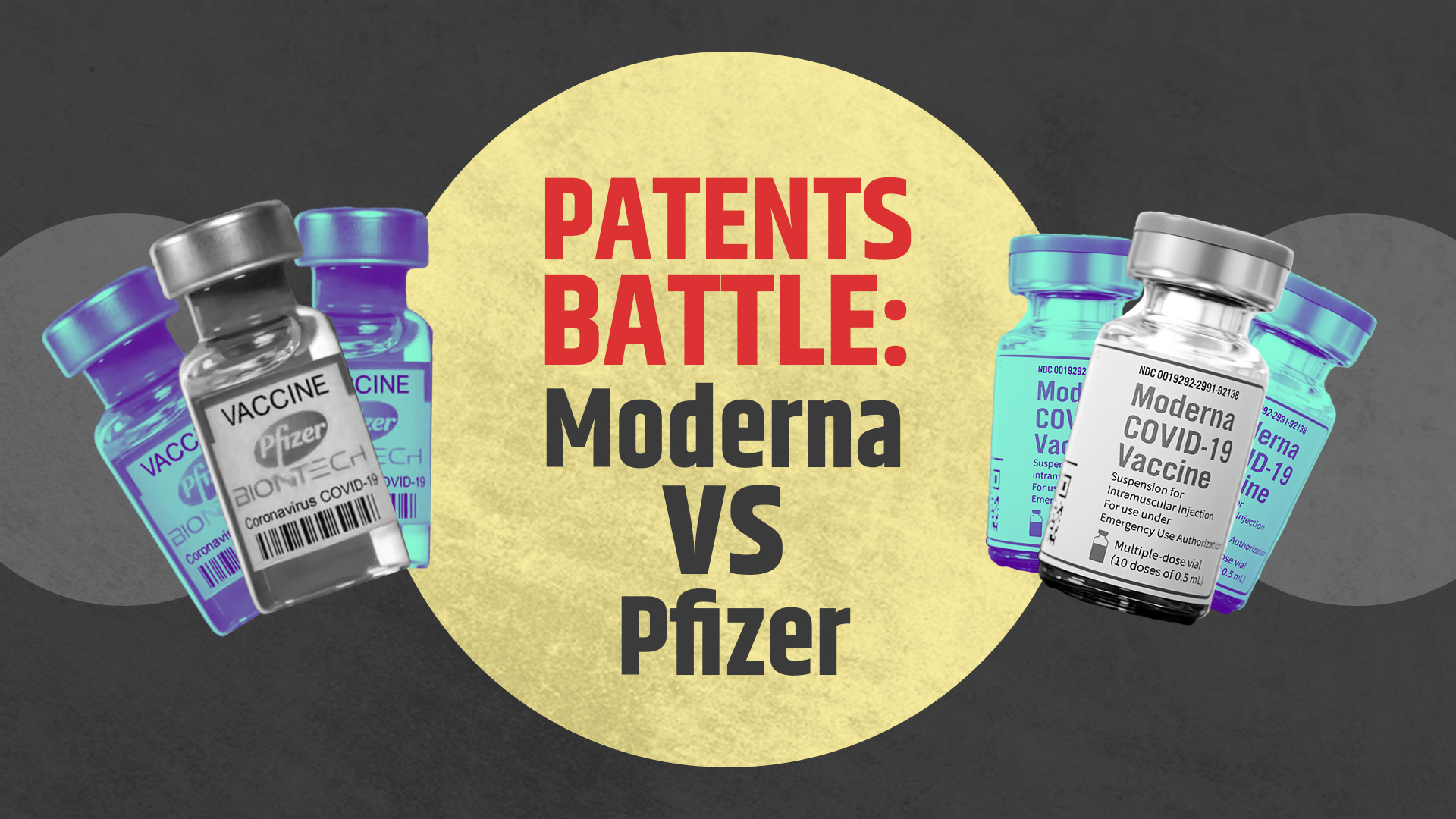 As Moderna and Pfizer feud, what is future of access to mRNA technology?
RECENT ARTICLES