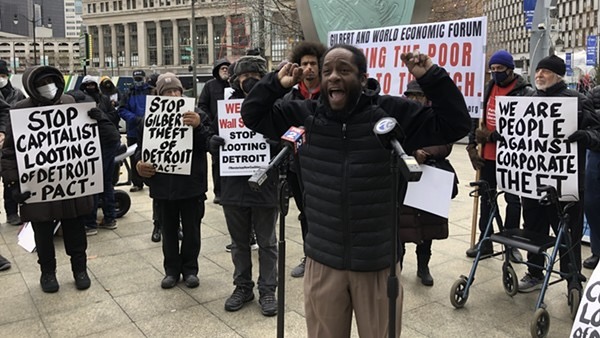 Protestors rallied in downtown Detroit to protest the opening of the World Economic Forum’s “Global Center for Urban Transformation.” The World Economic Forum (WEF) is a non-governmental lobbying group made up of political and business leaders, including representatives from major financial institutions like Goldman Sachs and the European Central Bank. In August, it announced its latest endeavor to focus on urban centers and push forward “private-public collaborations” in cities across four continents, with the project’s base being Detroit.

The WEF is best known for its annual summit at a Alpine resort in Switzerland, where thousands of the world’s wealthiest and most powerful individuals meet to set the agenda for global capital. This year to launch their new project, over 300 leaders convened in Detroit from December 6-8 to “forge new partnerships, showcase innovative solutions and mobilize action in support of more sustainable and inclusive cities and urban economies.”

Meanwhile, community members and activists in Detroit have been calling out the failures of globalized capitalism and organizing against the policies and people responsible for decimating their city.

At the rally held on December 6, Lloyd Simpson, an organizer with the progressive group Detroit Will Breath, exclaimed, “Neoliberalism and so-called public-private partnerships have failed the people of Detroit, they’ve failed working-class people around the world, and we need a new model for working-class people, starting here in Detroit.” He stressed that, “Public-private partnerships have been monumental failures. We don’t need any more of that in this city or any city.”

A tale of corporate greed

Detroit was once a booming industrial city with a militant labor movement that fought to secure critical gains for workers. It was the center of the automobile industry for decades, until multinational auto manufacturers decided they could make a bigger profit by outsourcing jobs and investing in automation. After years of deindustrialization, Detroit is now the second poorest city in the country. Its people are facing a water service crisis and home repair crisis in two out of every three households. A third of Detroiters live in poverty. The city’s public schools are literally falling apart and plagued with rodents, mold, and unsafe drinking water.

The people have endured a flood of tax foreclosures since the 2008 financial crisis. Last year, it was revealed that homeowners were overcharged a total of $600 million between 2010 and 2017. More than 100,000 Detroit homes were foreclosed between 2012 and 2017.

In 2013, Detroit notoriously filed for bankruptcy. It was the largest municipal bankruptcy filing in US history.

Lloyd Simpson of Detroit Will Breath explained the bankruptcy to BreakThrough News as, “really a project a dispossession, in which they suspended democratic and economic sovereignty of Detroiters so they could reorganize control of resources here. It eviscerated public education … They privatized the water department.” He added that the people of Detroit have also been “footing the bill for all of these private development projects which have borne little fruit for everyday working class people in the city of Detroit.”

He also explained the inherently undemocratic nature through which the WEF’s project was created: “This is completely conceived of in boardrooms and private meetings. There was no public discourse on this whatsoever.”

Soon after the WEF project was announced, a coalition called the People Against Corporate Theft or PACT was formed and began to meet weekly to organize a response to the Global Center’s opening, which was originally planned for October 25. In a statement, PACT explained the significance of the WEF choosing Detroit and how the plight of the majority working class continues to be ignored in favor of the wealthy few.

“Detroit was chosen because it exemplifies the most extreme contradictions in the current stage of capitalism. For the past eight years [Detroit Mayor] Mike Duggan, backed by [former Gov.] Rick Snyder and now by [Gov.] Gretchen Whitmer, has made it clear that the profiteering of corporations off of public space and resources is more important than the needs of Detroiters. The mayor has done everything in his power to ensure the exponential spread of gentrification that is pricing everyday people out of the city,” the statement reads.

It continues: “Instead of redeveloping badly needed wastewater infrastructure, the mayor is putting in bike lanes. Instead of creating a citywide publicly funded housing affordability plan, he is leaving poor and working-class people to the whims of the market amid skyrocketing rents and stagnant wages. Instead of returning the $600 million in over-taxation of property taxes, he is pushing subsidies for billionaires to carve up the 7.2 square miles of downtown rather than address the material needs of a majority Black city in which well over 30% of people live in poverty.”

Lloyd Simpson said of the WEF’s decision to change the launch date, “We truly believe that it had to do with [how] they weren’t expecting that type of opposition. We put out a statement, formed a coalition, proposed an action on the day of their launch and they took notice of that.”

Following the December summit, organizers with PACT pledge to continue to organize and resist the policies that have devastated their city.

“We have the power in numbers,” said Lloyd Simpson. “If we organize and if we amass the people around opposing these policies of neoliberalism, we can win. We can!” 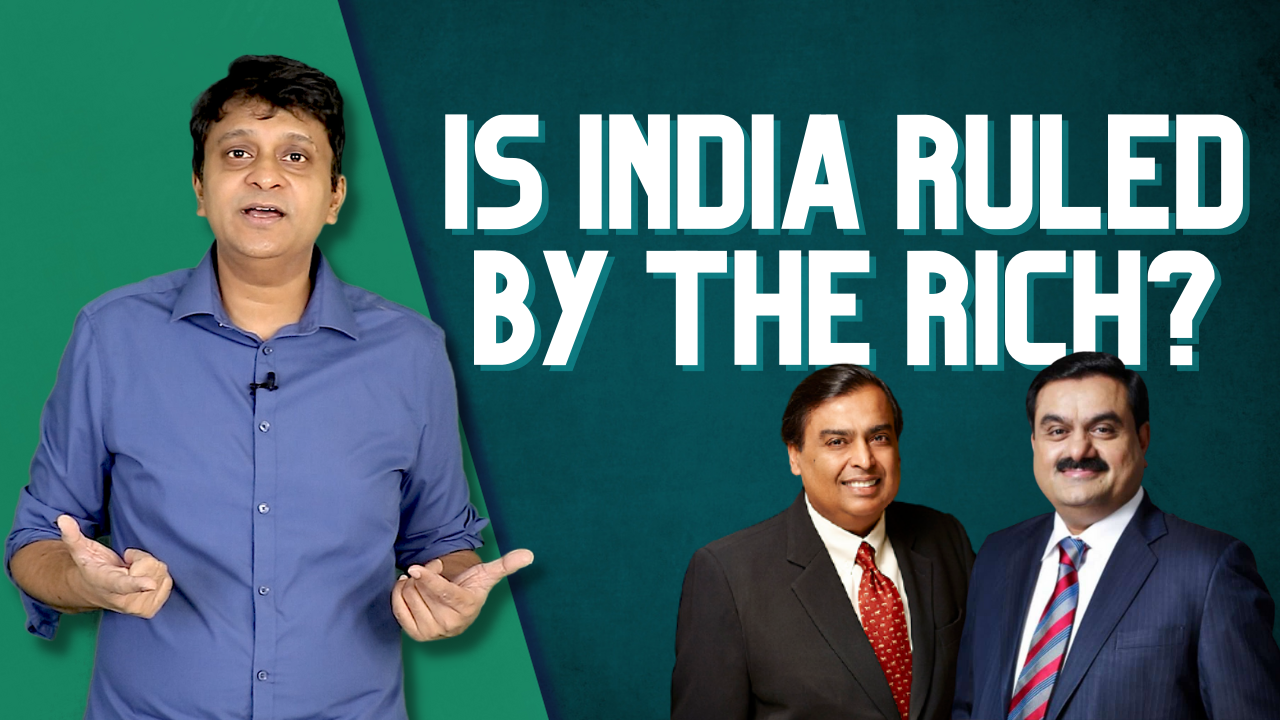