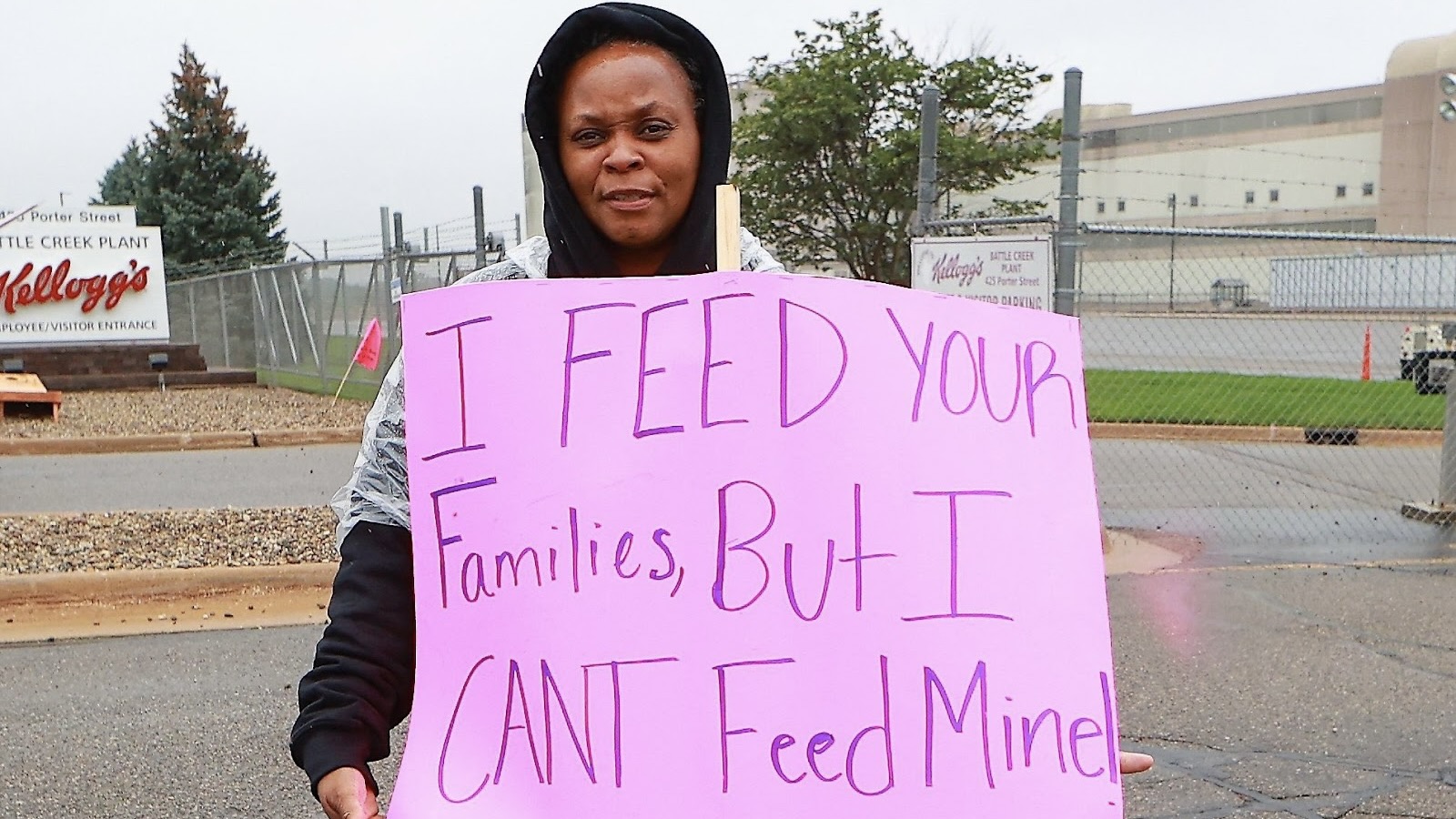 A striking Kellogg worker at the plant in Battle Creek, Michigan. Photo: Twitter

Around 1,400 striking workers at Kellogg Co. voted to reject the latest contract offer from the company. After weeks of threats, the company announced that it has no plans to further negotiate the contract and will permanently replace the workers and has already posted job offers.

In response, people across the internet are spamming the Kellogg’s job portal in solidarity with the striking workers. In a Reddit post, user BloominFunions posted instructions on how to submit a fake application to each of the four production plants.

The original post states, “It’s time to clog their toilet of an application pipeline.”

It also calls out how the company is blatantly calling for ‘scabbing’ in its job post which reads: “The Unions representing Kellogg employees in these plants are on strike, and we are looking for employees to permanently replace them, joining hundreds of Kellogg salaried employees, hourly employees, and contractors to keep the lines running.”

The workers, represented by the Bakery, Confectionery, Tobacco Workers and Grain Millers International Union (BCTGM), have been on strike since October 5.

The BCTGM says that members “overwhelmingly voted” to reject the offer, nonetheless.

In addition to the two-tier system, workers are fighting for better pay, less hours and improved benefits.

In a statement, the union’s International President Anthony Shelton said, “The members have spoken. The strike continues.”

He continued, “The BCTGM is grateful for the outpouring of fraternal support we received from across the labor movement for our striking members at Kellogg’s. Solidarity is critical to this fight.”