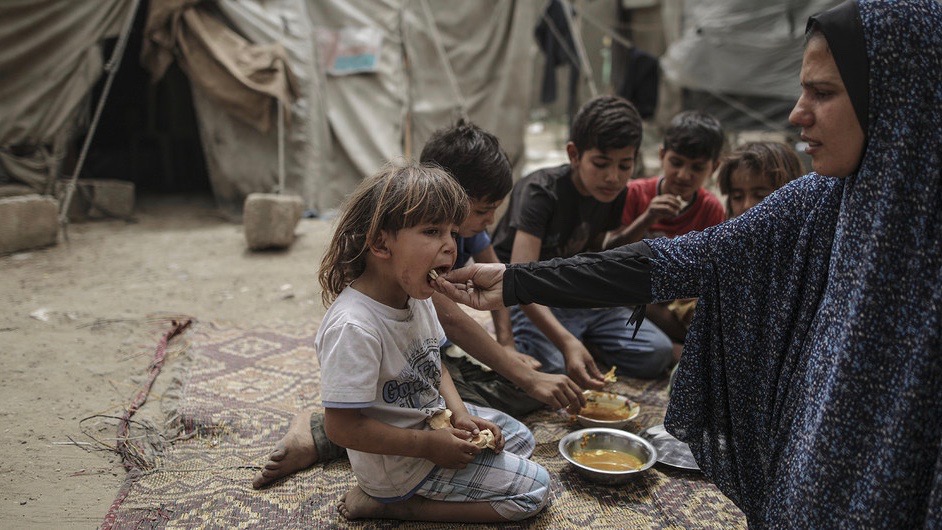 Food insecurity is on the rise in Gaza as the COVID-19 pandemic threatens a steep spike in poverty throughout the Arab region. (Photo: WFP/Wissam Nassar)

More than one-third of the total population of the Arab world is victim to starvation, famine or malnourishment, according to a report by the United Nations Food and Agriculture Organization (FAO) released on Thursday, December 17. The report stated that the number of people suffering from food scarcity and other related issues has risen to 69 million in the Arab world between 2019 to 2020, up by 4.8 million in just one year and representing about 16% of the total population of around 420 million. Additionally, 141 million people were not able to procure enough food to properly feed their families, a number which has risen by more than 10 million from 2019 to 2020. Among the worst affected countries are Somalia and Yemen, with 60% and 45% of their respective populations either going hungry or severely under-nourished. Both the countries have suffered decades of war, civil conflict and external interference.

The report noted that this rise in numbers was not restricted only to conflict-affected areas, but also witnessed in non-conflict areas due to factors such as economic decline, poverty, climate change, growing wealth inequality, and the ongoing COVID-19 pandemic which FAO described as a “major shock” to countries in the region. The report notes that “the increase in the levels of undernourishment has occurred across all income levels, in conflict-affected as well as non-conflict countries,” indicating that even middle class and upper middle class groups in these countries were not immune to food shortages and related issues. In the past, such issues would affect only the lower middle class, working class, and the poor, who are historically the most vulnerable and neglected sections. The report serves as a warning for governments in the region to address the long-running unresolved issues plaguing their populations to prevent future civil strife and social unrest.

Abdulhakim Elwaer, FAO’s assistant director-general and regional representative for the Near East and North Africa, said that “conflicts continue to be one of the leading causes of hunger in the region, with approximately 53.4 million people facing hunger in countries and areas affected by conflict, which is more than six times higher than in non-conflict countries. There may be no visible improvement in the situation this year since hunger’s primary drivers will continue to drag the situation further down the road.” FAO also noted that this has been the historic trend in the region, and said that the grave problem of hunger has increased by a staggering 91.1% in the Arab world over the last 20 years.

Other nutrition-related statistics documented in the UN report were also concerning. The deficiency of iron or anemia in women of reproductive age in Yemen was the highest in the region at 61.5%. The rates of stunting and obesity in children under five were also high at 20.5% and 10.7%, respectively.

At the same time, richer Arab states had 28.8% of their population suffering from obesity, more than double the global average of 13.1%. The report stated that “high-income countries exhibited the highest prevalence of adult obesity in the region whereas the low-income countries had the lowest levels.”