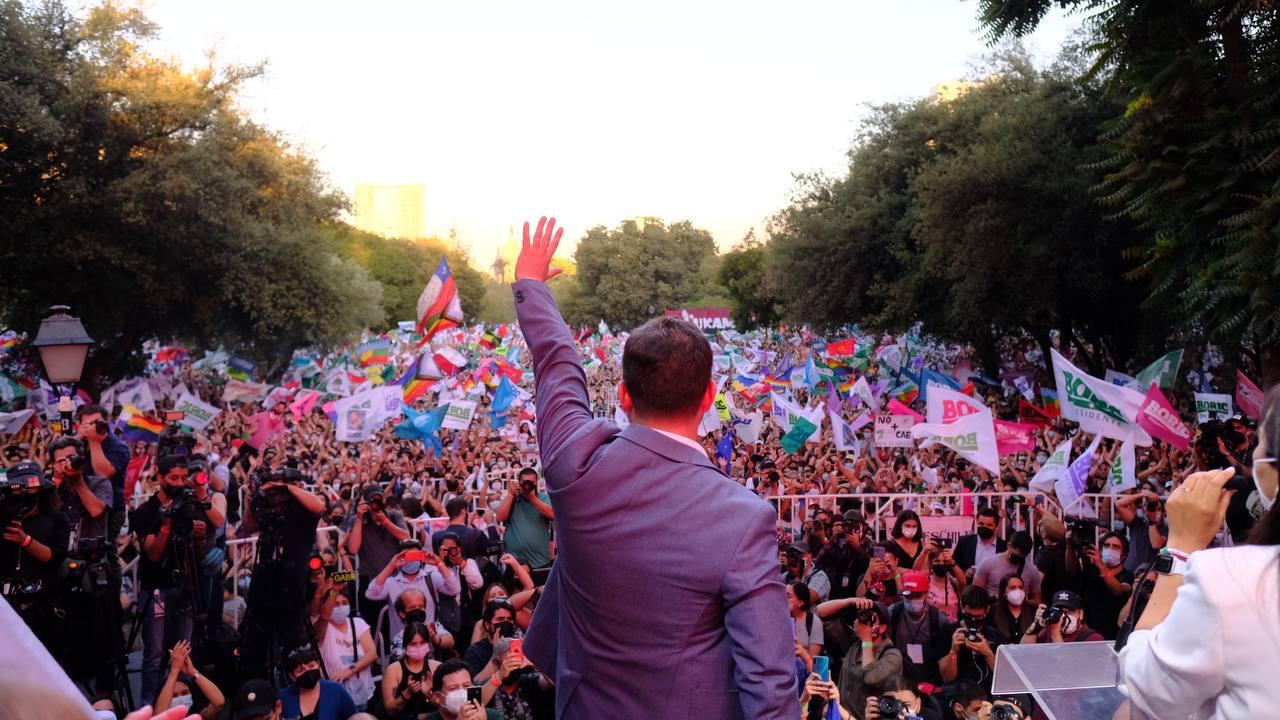 This Sunday December 19 over eight million Chileans voted to decide who will be the next president of Chile. According to Chile’s electoral service SERVEL, with 96.75% of the votes processed, Gabriel Boric of the left-wing Approve Dignity coalition won with 55.8% of the votes over far-right José Antonio Kast of the Christian Social Front who received 44.19% of the votes.

At around 7:20pm (Chilean time) when the first electoral bulletins were being released, Kast accepted his defeat in a message on Twitter: “I just spoke to Gabriel Boric and I congratulated him on his big victory. As of today he is the elected president of Chile and deserves all of our respect and constructive collaboration. Chile always comes first.”

The news has been celebrated by progressive leaders in the region such as Alberto Fernández and Cristina Fernández de Kirchner, president and vice president of Argentina, Bolivian president Luis Arce, and others. Former Brazilian president and future presidential candidate Luiz Inácio Lula da Silva wrote “I congratulate comrade Gabriel Boric for his election as president of Chile. I am very happy for yet another victory of a democratic and progressive candidate in Our America, for the construction of a better future for all.” Lula had expressed his support for Boric before the elections in the congress of the youth of the Workers’ Party of Brazil.

For many in Chile, Boric represents the possibility to bring the demands of the protesters from the 2019 uprising to the halls of government. In his campaign platform, Boric promised to deliver on key demands raised during the protests such as an increase on state spending on social services, progressive taxes on corporations and wealthy individuals, and to replace the country’s insufficient, privately-run pension system with a public alternative. He has also committed to reforming the infamous Carabinero police force due to their participation in grave human rights violations in their repression of social protest.

Kast on the other hand threatened to be a serious setback from the demands expressed by protesters. He had expressed complete support to the police and even pledged to remove Chile from the UN Human Rights Council, due to their reports on the human rights violations committed by the Carabineros. He also had pledged to uphold the neoliberal economic order and praised the 1980 Pinochet-era constitution, which is currently being rewritten due to demands from protesters.

While the electoral process by and large proceeded without major incidents, many denounced throughout the day the lack of public transportation. According to sources on the ground, several dozen buses were impounded during the voting process in what many alleged to be a deliberate effort to curtail participation. The hashtag #SueltenLasMicros or Release the Buses began trending throughout the afternoon.

The campaign of Boric had even denounced a reduction of at least 50% of buses in the city as well as a marked reduction in other cities such as Valparaíso, Rancagua, and Viña del Mar.

In response to the reduction of buses, a counter campaign was launched to call on citizens to share their private vehicles to help people get to their voting stations. Even some taxi associations offered special discounts for voters.

The current Minister of Transport and Telecommunications rejected the accusations and said that it corresponded to the regular circulation of buses on a Sunday.