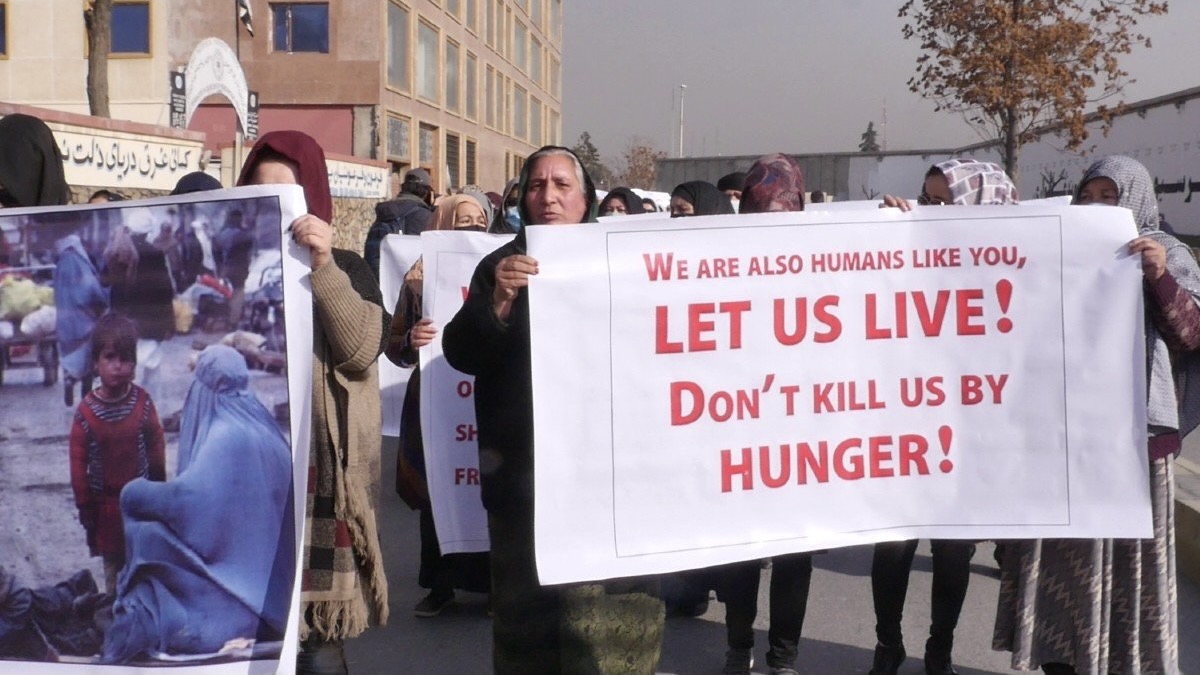 Afghani women protested in Kabul on December 29 to call on the US to release the country's assets. Photo: Tolo News

With no food, fuel, or cash, this winter in Afghanistan will be harsher than those before it. The land-locked country is sliding deeper into an economic and humanitarian crisis, by and large manufactured by the “international community”.

In August, when the Taliban defeated the US-backed government in Afghanistan, the US government along with international organizations like the United Nations, the International Monetary Fund, and the World Bank imposed comprehensive economic sanctions on all forms of humanitarian aid to the country. They also froze assets worth USD 9.5 billion held abroad by the Afghan Central Bank to block any financial access to the Taliban-run-government.

These sanctions have had a devastating impact on all sectors of society in Afghanistan and demands to lift them have been at the center of civil society protests over the past several weeks.

Food shortage and rise in malnutrition

A report from the World Food Program (WFP) and Food and Agriculture Organization (FAO) of the UN stated that more than 55% of Afghans, around 22.8 million people, will be facing crisis levels of acute food insecurity from November 2021 to March 2022, a record high. The numbers would suggest a 37% surge in the number of Afghans facing acute hunger since its last assessment in April. An estimated 3.2 million children under five face the threat of acute malnutrition by the end of this year.

The report highlighted that for the first time, residents in urban areas are suffering from food insecurity at similar rates to rural communities.

A statement from the UN bodies on the report says this situation requires “urgent humanitarian interventions to meet basic food needs, protect livelihoods and prevent a humanitarian catastrophe”. The report is the Integrated Phase Classification (IPC) analysis which is compiled by the WFP and FAO and has been tracking food insecurity indexes since 2013 in Afghanistan.

The report attributes the record levels of food insecurity to “a devastating combination of drought, conflict and economic collapse”. The WFP chief David Beasley, called it one of “the world’s worst humanitarian crises”.

NEWS RELEASE | Half of #Afghanistan’s population face acute hunger as humanitarian needs grow to record levels, according to the new @theIPCinfo report@UN appeals for urgent assistance as country becomes one of the world’s largest food crises

Despite the gravity of the situation, not enough serious attention has been paid to the far-reach impacts of the comprehensive economic sanctions on the Afghan population.

Deborah Lyons, the Secretary General’s Special Representative and Head of the United Nations Assistance Mission in Afghanistan (UNAMA) had termed the international response to Afghanistan’s building crisis “a historic mistake” at the meeting of UNSC on November 17. She said that the Taliban takeover had left the Afghan people feeling “forgotten and punished by circumstances that are not their fault.”

While assuring the international community the UN would make every effort to avoid the diversion of funds to the Taliban, Lyons added that the humanitarian catastrophe “is preventable” as its main cause is financial sanctions on the Taliban, who took over the country in August.

“The total absence of liquidity in Afghanistan’s system is the result of the suspension of direct bilateral aid and freezing of the money of the central bank after the departure of international troops,” said Dominik Stillhart, operations director at the International Committee of the Red Cross (ICRC) referring to the withdrawal of US-led NATO troops after 20 years of war.

Lack of cash and food has been extremely detrimental to the difficulties of women in Afghanistan who are already facing severe restrictions imposed by the Taliban on their education or movement in public spaces.

On December 14, Nada Al-Nashif, the UN Deputy High Commissioner for Human Rights detailed how the profound humanitarian crisis in Afghanistan is threatening basic rights, with women, girls, and civil society among those most affected.

Despite the Taliban’s decree on December 3 to ban forced marriages in the country, many questions remain unanswered for women in the country with new restrictions being imposed on their work and movement in public spaces. In her briefing to the UN Human Rights Council at Geneva, Al-Nashif warned that UN partners estimate that restricting women from working will contribute to an immediate economic loss of up to $1 billion.

About 78 percent of Afghanistan’s electricity is imported from its Central Asian neighbors like Tajikistan, Uzbekistan and Turkmenistan. Paying the power bills for a government already facing an economic collapse and liquidity crunch has led to fears of power cuts from exporting countries.

In October, Safiullah Ahmadzai, the acting CEO of Da Afghanistan Breshna Sherkat, the country’s state power company, told Bloomberg that the company had appealed to the United Nations Assistance Mission to Afghanistan (UNAMA) in Kabul for $90 million to settle nearly three months of unpaid electricity bills.

Without the imports, Afghanistan’s domestic resources only meet 22 percent of the total electricity needs.

The lack of a stable power supply since August has also wreaked havoc in the country’s domestic industries. Officials of Afghanistan’s Chamber of Industry and Mines said in a press conference on December 24 that the lack of cash and freezing assets by the US have put their factories on the verge of bankruptcy.

Since the US invasion of Afghanistan in 2001, the country has become increasingly more dependent on international aid. The latest World Bank estimates from 2021 show that aid represents roughly 43% of the country’s GDP.

With the near complete international isolation due to Taliban rule, the country has experienced high levels of inflation of essential commodities, currency devaluation, and a major liquidity crisis leading to a cash shortage in the market.

On August 29, the central bank of Afghanistan imposed a limit of USD 200 on withdrawals of local currency which was later raised to USD 400 in November. At the same time, the banks are also seeing a fall in deposits and are unable to process transactions from citizens living abroad due to the complexity of the sanctions.

Due to the freezing of its assets, the Central Bank of Afghanistan is facing an acute loss of all types of dollar transactions which are integral to the Afghan economy.

To abate the desperate shortage of cash, on October 21 the UNDP had launched an emergency initiative “people’s economy fund” worth USD 667 million. The fund will tap into donations frozen since the Taliban takeover in August.

In an attempt to stall the depreciation of the currency, the Afghani (Afs), the Taliban banned the use of foreign currency in early November.

The lack of cash in hand and high inflation has affected the supply of basic amenities in Afghanistan like food and electricity even in the urban locales.

International response: too late or too little?

Despite protests by Afghan citizens and requests from the Foreign Affairs Minister Amir Khan Muttaqi to immediately release the country’s assets frozen by multiple countries and international institutions, no major progress has been made.

In a press conference on December 15, White House spokesperson Jen Psaki said that the matter was “complicated” and that the US was yet not ready to release the frozen assets as it still recognizes Taliban as a terror group.

The US Treasury has, however, allowed some limited exemptions. The “General Licenses” from the US Treasury permit the UN and some international NGOs to make transactions for specific humanitarian activities.

On December 19, Spokesperson of the Ministry of Foreign Affairs of Pakistan announced in a tweet that the Organization of Islamic Cooperation (OIC) had passed a resolution to establish a Humanitarian Trust Fund with the help of the Islamic Development Bank Group to provide humanitarian assistance to Afghanistan.

On December 22 the United Nations Security Council (UNSC) passed Resolution 2615 which was proposed by the US government and passed unanimously by the council to allow “broad authorizations” in order to ease financial flows to Afghanistan through humanitarian assistance.

In a latest report by ANI, the UN is also planning to build governance systems and social services to help boost Afghanistan’s crumbling economy with an aid of USD 8 billion.

The humanitarian crisis in Afghanistan has reached alarming rates threatening a complete economic collapse. The international community, knowing very well the impacts of their policies, has thus far refused to reconsider. 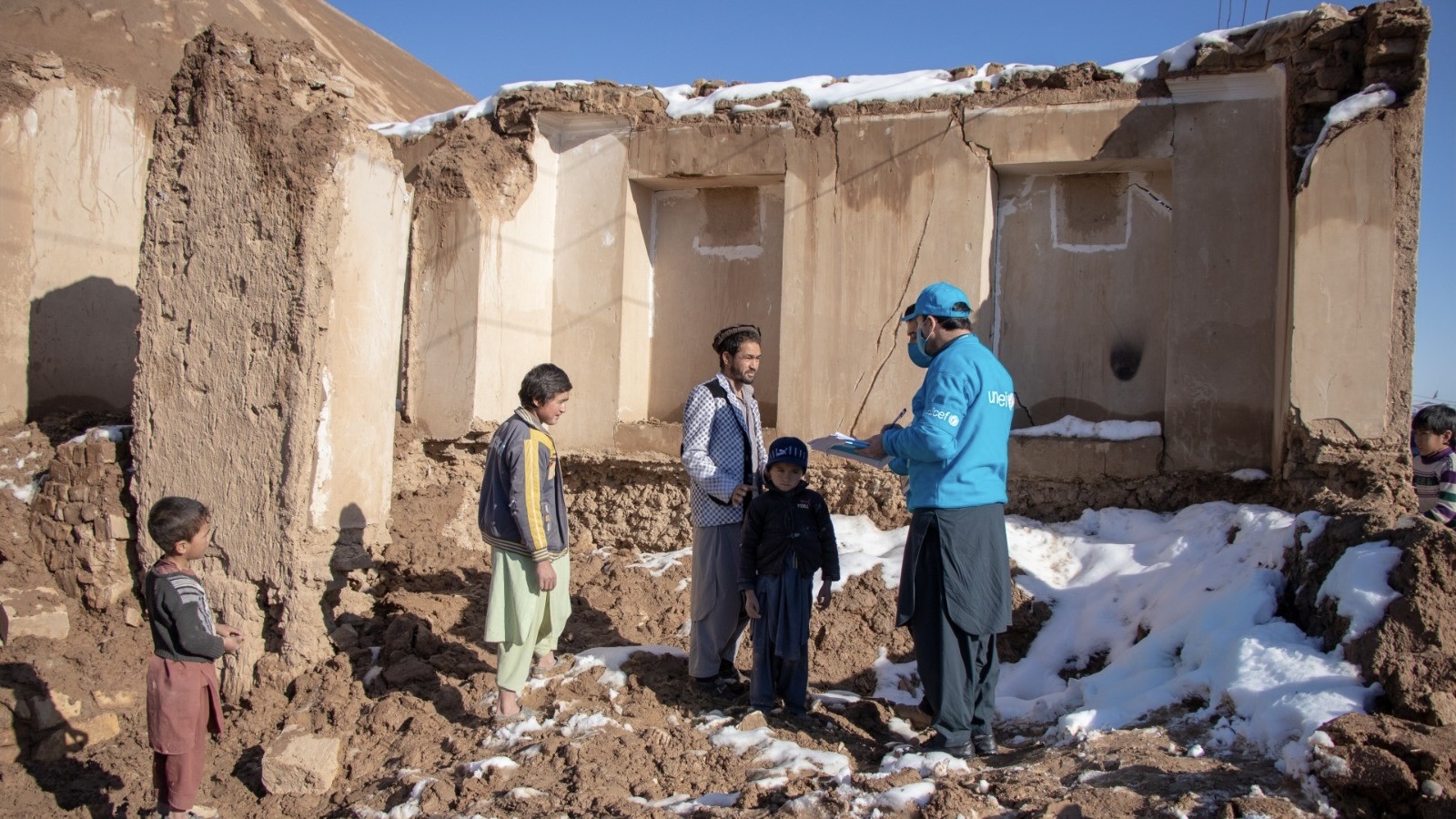 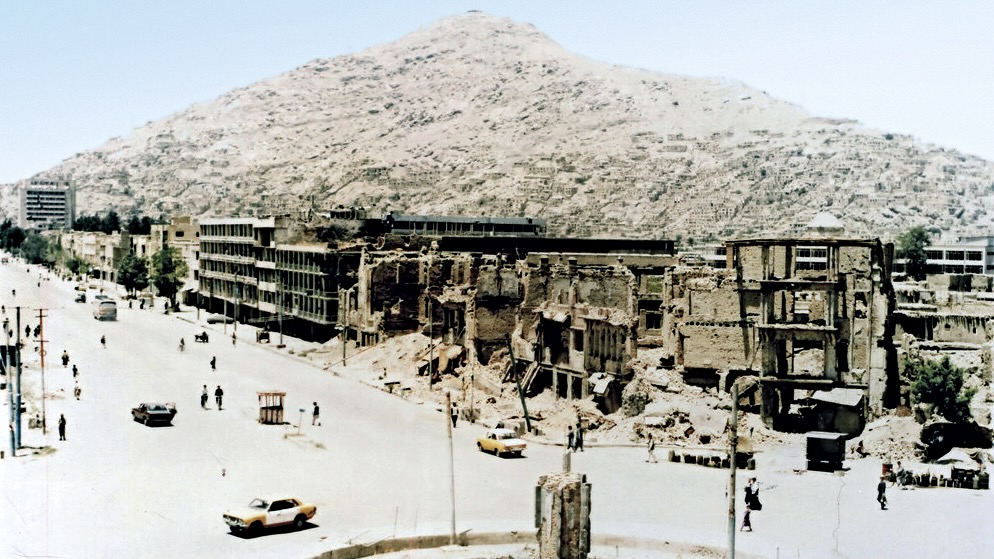 “Occupation brings no progress for any country except destruction, bloodshed and looting”

Are Western wealthy countries determined to starve the people of Afghanistan?
RECENT ARTICLES