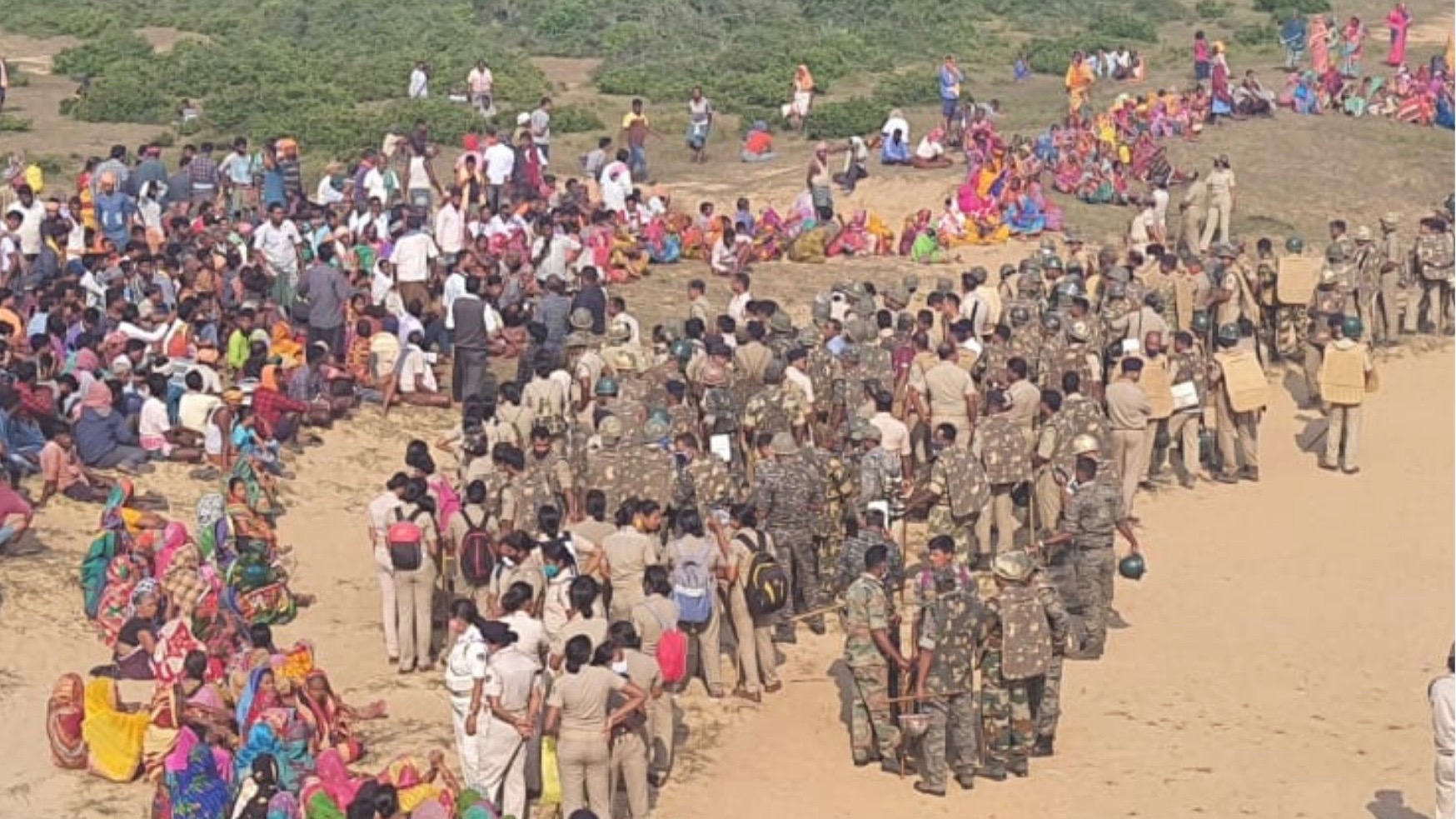 Villagers in northeast Odisha, India are resisting the planned land acquisition of 4,000 acres of land by Indian steel and energy company Jindal Steel Works for an integrated steel plant. The communities have claimed that the proposed plant will directly impact the livelihoods of around 40,000 villagers and pose ecological risk to three Indigenous adivasi communities of Dhinkia, Nuagaon and Gadakujang.

On January 14, hundreds of villagers came out to agitate against the industrial activity in Dhinkia village, located in Erasama tehsil in the Jagatsinghpur district. Over 500 security force personnel were deployed to suppress the protests, as per reports. Security forces  charged at villagers with their batons, causing dozens of casualties. A number of village leaders have remained in hiding following the police action as many have been arrested including activist Debandra Swain.

“Despite the repression against the villagers, the Indigenous communities are showing resilience and are determined to continue their fight and resist the corporation from acquiring land on the pretext of development,” Jindal Pratirodh Bheetamati Suraksha Samiti spokesperson Prasant Paikray told Peoples Dispatch. “For the past months at least three camps have been installed in the region that are meant to suppress the movement,” he said.

Many villagers have complained of facing threats and harassment from the police who continue to destroy the betel vine crop of the locals as a pressure tactic. Police officials admit that “at least 12 platoons of the police have been deployed on the proposed steel plant site in order to ensure smooth land acquisition work and prevent any agitation from villagers.”

The people of Dhinkia village have consistently resisted interference by corporations in the region. Earlier, the villagers’ movement was successful in preventing South Korean steel major POSCO from acquiring land in Odisha in 2017. An investigation by the Alternative Law Forum found that over 230 ‘false’ cases implicating over 1,500 residents of the affected villages had been registered between 2006 and 2012.

“Filing false criminal cases against them was a planned action intended to tire them out and suppress the struggle against the steel plant,” the report added.

The police action against the villagers has invoked widespread condemnation from civil society organizations, including the National Alliance of Peoples’ Movements (NAPM) which has appealed to the Odisha government led by Chief Minister Naveen Patnaik to reconsider the allotment of land to Jindal Steel Works due to its ecological ramifications and the loss of livelihood for people who rely on the forest land for cultivating betel vines. The economy of the region is highly dependent on the betel vines which are sold in major cities.