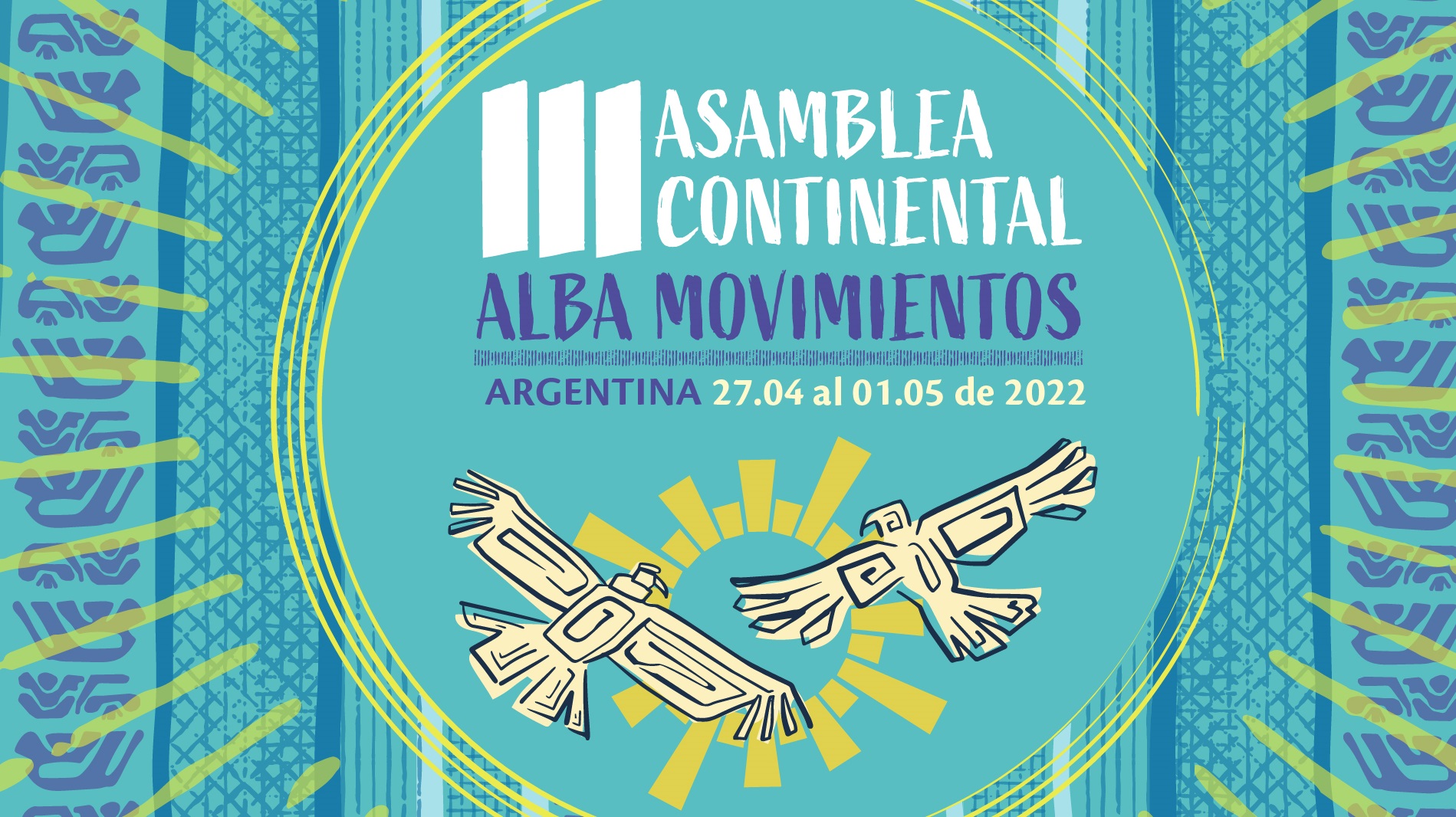 Over 150 delegates from people’s movements, trade unions, and left political formations from across Latin America and the Caribbean will gather in the city of Buenos Aires, Argentina, from April 27 to May 1. The occasion is the third continental assembly of the platform ALBA Movimientos, where the body will seek to determine its strategies for the next period.

ALBA announced the assembly in a communique wherein they stated that “13 years since the Letter of the Social Movements of the Americas, from Belém do Pará (considered the moment of inception of the platform), in a context of crisis of the international order, pandemic, and changes in Our America, it is indispensable to take a deep look at the situation faced by the people and popular movements, as well as the challenges that we face towards strengthening integration of the peoples on a regional level.”

The statement adds that “Our assembly should first respond to a central question: how do we bring the peoples of the continent together to fight for a common project, with the forces that we have in this moment; and how do we build a correlation of forces to defeat imperialism and work towards the triumph of the people for a second and definitive independence in Our America.”

Over the four days of the Assembly, delegates will debate the pressing tasks of the platform within the current context, strategies for expansion, and methodologies for taking the work forward. One of the central objectives of the Assembly is to analyze the current moment in Latin America and the Caribbean in order to understand the tasks facing people’s movements.

Since the last Assembly held in December 2016, there have been vast transformations across the region produced by shifts in internal politics and the geopolitical balance of forces.

One key development was the significant strengthening of far-right and conservative forces, ranging from electoral victories to intensified destabilization efforts against progressive and revolutionary governments. The cycle began with the election of Mauricio Macri in Argentina in 2015, the (fraudulent) victory of Juan Orlando Hernández in Honduras in 2017, and the triumph of Iván Duque in Colombia, Jair Bolsonaro in Brazil, and Sebastian Piñera in Chile in 2018,

In this same period, the regime of unilateral coercive measures against Venezuela, which began in 2014, intensified and caused the country to enter into a prolonged social, economic, and political crisis. The measures were accompanied by constant destabilization actions ranging from threats of military intervention from the United States to the imposition of a parallel president. Cuba faced similar challenges as the Trump administration reversed all progress that had been made to lessen sanctions and open up relations between the two countries.

The progressive government of the Movement Towards Socialism (MAS) in Bolivia suffered a coup d’état following the elections in 2019 which was given legitimacy from the Organization of American States (OAS).

An entirely different type of setback for progressive forces took place in Ecuador when the formerly progressive Lenín Moreno made a political about face, with support from the US and the OAS, and began a political witch hunt against members of Rafael Correa’s administration, took out a loan with the IMF and imposed harsh austerity measures, and ended asylum for WikiLeaks founder Julian Assange.

However, in the past couple years, as the pandemic has ravaged the world and laid bare the deep contradictions of the neoliberal order and the overwhelming inequalities in the region, there have been significant people’s victories on the streets and in the ballot boxes.

The mass uprisings in Chile, Colombia, and Haiti not only managed to bring their countries to a standstill, but brought international attention to the demands of mobilized sectors on the streets, as well as the disproportionately violent responses of the repressive states. The uprising in Chile has already brought about significant structural and institutional changes with the creation of the Constitutional Convention which will rewrite the Pinochet-era constitution and the recent electoral victory of progressive Gabriel Boric in December 2021. Colombia’s 10-week-long national strike was a moment of reckoning for progressives across sectors and finally saw fractures in the consensus support for the political tendency of Alvaro Uribe Velez, which for decades has inflicted violence and repression in response to all forms of political dissent and social struggle. The progressive Historic Pact led by Gustavo Petro is ahead in the upcoming elections in the country.

The persistent mass mobilizations in Bolivia following the coup forced the de-facto government to call elections in October 2020 and saw the reversal of the coup with the election of the MAS ticket in just one year following the violent removal of Evo Morales from power.

The people of Honduras also defeated the 12-year coup-imposed dictatorship in 2021 with the electoral victory of Xiomara Castro of the Libre Party. This was the culmination of consistent mobilizations against corruption, austerity measures, human rights violations, and in defense of Indigenous land and nature.

Other significant progressive electoral victories included the triumph of the Frente de Todos led by Alberto Fernández and Cristina Fernández in Argentina in 2019, the victory of Andrés Manuel López Obrador in Mexico in 2019, the re-election of the Sandinista Front for National Liberation in Nicaragua in 2021, and the victory of Pedro Castillo of the Free Peru Party in 2021.

These victories have once again changed the political map in the region, beating back the conservative offensive, and brought with them new challenges for movements. How movements across the region will engage with these governments, make their demands heard, and defend them when the inevitable imperialist and conservative attacks come, is a pressing question, making the upcoming ALBA Assembly even more pressing.

In the communique ALBA emphasized that “The III Assembly will mark a new moment so that the Platform can overcome obstacles and continue working to achieve the Union of the Great Homeland, with more organizations, better tools of action and incorporating new lines of struggle, continuing always with the horizon of Indigenous-Afro socialism for and from the peoples.”

For more information on ALBA Movimientos check out their website.