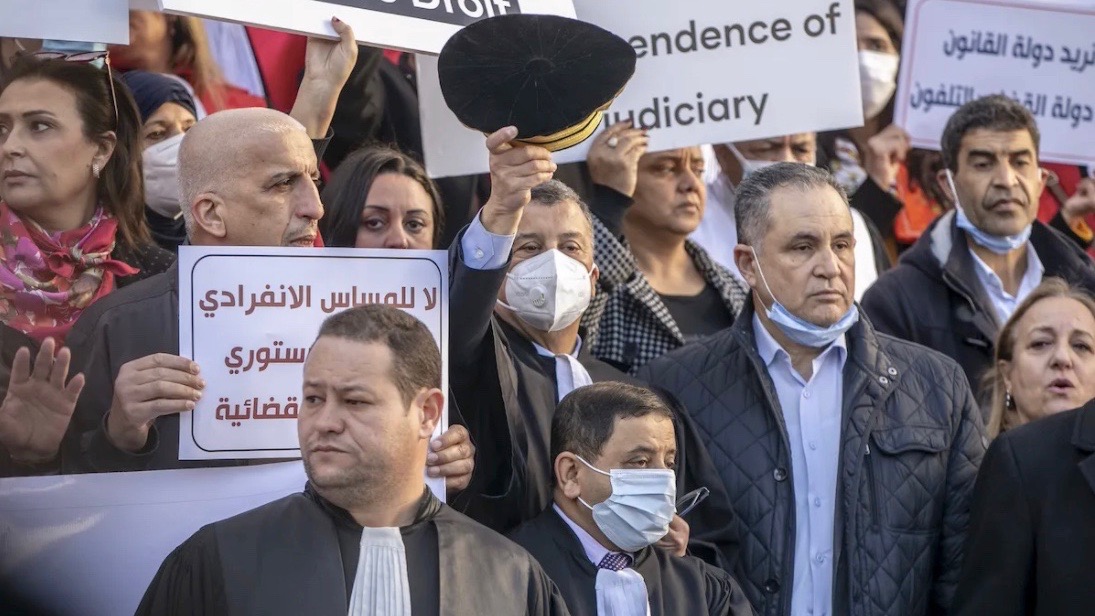 On Sunday, February 13, Tunisian president Kais Saied issued a formal decree creating a new provisional Supreme Judicial Council to replace the one he dissolved last week. This has led to widespread concern over the independence of the judiciary. The decree was published in the country’s gazette in the early hours on Sunday. A statement by a presidential official following the announcement said that “the Supreme Judicial Council (CSM) was dissolved to end impunity and an interim council was brought in place. Fair justice, fair accountability is a sacred duty and one of the legitimate demands of the Tunisian people.”

As per news reports, the president has given himself sweeping powers over the country’s judicial system and can now control the selection, appointment, promotion and transfer of judges. He will also be in charge of disciplining and dismissing judges who “fail to do their professional duties.” The decree further states that “”it is forbidden for judges of all ranks to go on strike or hold any organized collective action that could disturb or delay the normal working of the courts.”

None of the judges who serve as members of the new council, named the “Temporary Supreme Judicial Council,” will be elected, in contravention of international law. Additionally, the decree does not stipulate a fixed term for the new council and gives the president the authority to introduce judicial reforms.

Later in the day, massive popular protests were witnessed on the streets with reports stating that over 2,000 protesters had gathered in capital Tunis. Protesters chanted slogans like “The people want what you don’t want”, “The people want the regime to fall”, and “Shut down the coup… take your hands off the judiciary.” Many were seen holding up the Tunisian flag and banners reading “save our democracy!” and “don’t touch the judiciary”. Members of the country’s biggest party, Ennahda, also joined the protest along with the civil society group ‘Citizens Against the Coup’, formed recently to protest against the president’s takeover of virtually all executive and legislative powers in July last year by dismissing the government and suspending the parliament.

The formation of the new council was also denounced by the Union of Administrative Judges. In a statement, the union said that the decree “represents a flagrant violation of the separation of powers,” adding that “exceptional measures do not justify interfering in the constitutional framework of the judiciary.”

Anas Hamadi, president of the Association of Tunisian Judges, noted that the newly established council will be obedient to executive power. He called it a “blatant and clear overtaking of the judiciary power that goes against democratic principles.”

International condemnation also poured in with the International Commission of Jurists calling the decree “unconstitutional and illegal” and saying on Twitter that the decree “consolidates power in the hands of the President, effectively ending any semblance of judicial independence in the country. It brings Tunisia back to its darkest days, when judges were transferred and dismissed on the basis of executive whim.”

Said Benarbia, regional director of the International Commission of Jurists, also voiced concerns saying that it “gives the president wide-ranging powers to manage the careers of judges, in particular to suspend or remove them. This violates the most basic principles of the rule of law, the separation of powers and judicial independence. If implemented, it would effectively end judicial independence and the separation of powers in Tunisia, and, with it, the democratic experiment in the country.”

The Tunisian president had last week made the controversial announcement of dissolving the Supreme Judicial Council after accusing it of bias and corruption. He claimed that the council was appeasing select political factions in the country like the Ennahda party. He also accused judges of being lackluster in their work, citing delays and failures of the judiciary to resolve cases including many high-profile ones. His announcement was heavily criticized and met with opposition from judges across the country, who observed a two-day nationwide strike in protest. Following this, the government was forced to tone down its words, with the justice minister saying in an interview that the council will not be abolished but reformed. The council, seen by many as the last standing independent institution in the country free from the president’s control and power, was set up following the Tunisian revolution of 2011 which overthrew the regime of former president Zine El Abidine Ben Ali. 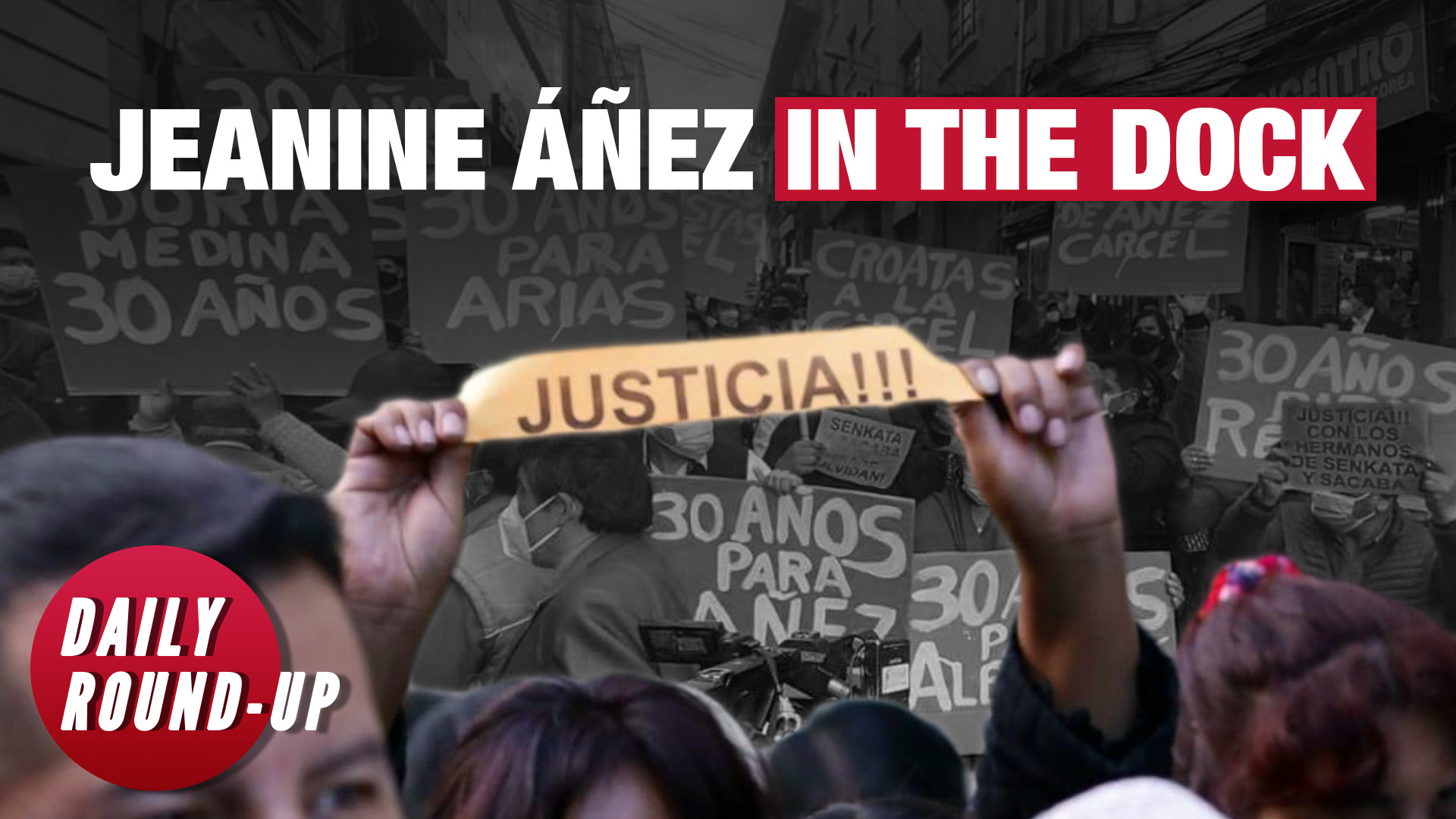 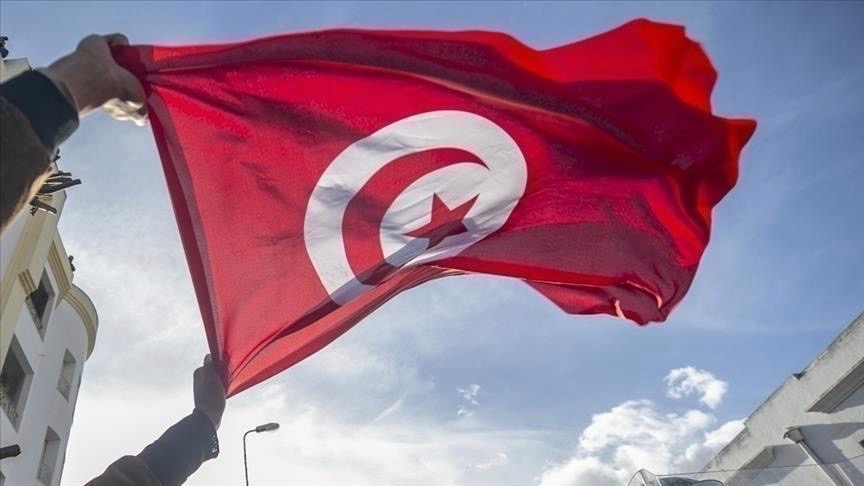