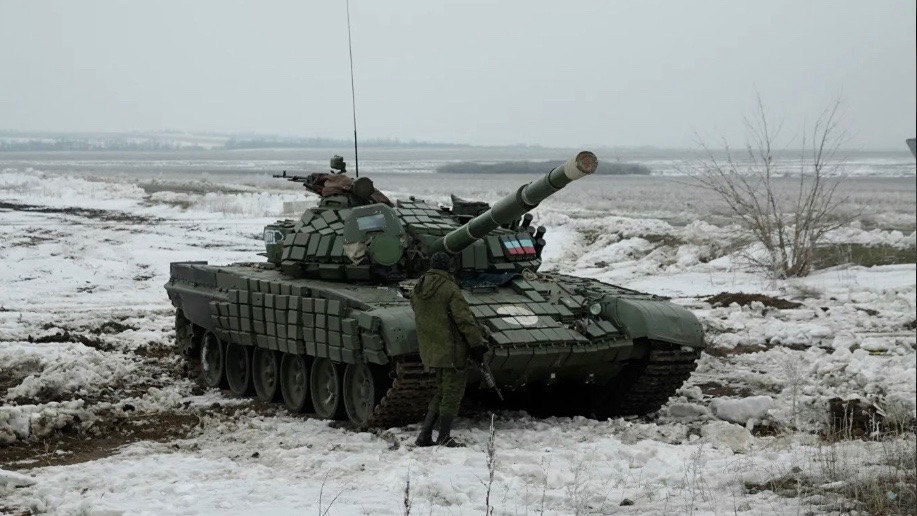 The Russian military claimed to have captured a large part of the territory of the Donbass region from the Ukrainian forces. It also claimed to have neutralized Ukrainian air defense. This was hours after Russian president Vladimir Putin announced a “special operation” in Ukraine on Thursday, February 24.

Russian ground troops entered Ukraine from various points in Donbass and Kharkiv regions following an early morning address on Thursday by president Putin. Putin announced a ground offensive in the Donbass region claiming that the leaders of the breakaway republics of Donetsk and Luhansk have asked for military assistance against Ukrainian aggression.

Hours after the announcement, several explosions were heard inside Ukraine which were later identified as missile strikes on military installations across the country by the Russian military.

Later in the day, Russia’s defense ministry also confirmed that its forces have moved into Ukrainian territory and are advancing beyond the “line of control” from various points. The line of control separates forces of the breakaway republics of Donetsk and Luhansk from Ukrainian forces and serves as a ceasefire line as per the Minsk agreements.

The Russian military also claimed that it has taken down Ukraine’s air defenses completely and is only targeting military installations across the country, Sputnik reported.

An advisor to  Ukrainian president Volodymyr Zelensky said 40 Ukrainaian soldiers had been killed in the fighting.

Zelensky announced martial law in the country and the shutting down of its airspace for civilian aircraft following the Russian strikes and ground offensive. Flights were also suspended by Russia through its western parts.

In a statement issued on Thursday, the EU called the Russian action inside Ukraine a “barbaric act.” Chief of the European Commission, Ursula von der Leyen, said that the EU will hold Putin responsible for “bringing war back to Europe,” Reuters reported.

In the televised address, Putin claimed that the military intervention in Ukraine is not to occupy Ukrainian land but to “embark on a demilitarization and de-nazification” of the country and “handing over to justice those who committed numerous atrocities against civilians” in the Donbass region. Russia and the breakaway republics of Donetsk and Luhansk claim that a large part of their territories have been captured by Ukrainian forces following the war in 2014-15.

On Wednesday, Russia’s foreign ministry also responded to the sanctions imposed by the US and its allies, saying that “there should not be any doubt-there will be a strong response, not necessarily symmetrical, but a calculated one whose impact the US will feel.” It also claimed that despite its futility, the US carries on with its sanctions regime just to hinder Russia’s economic growth.

On Tuesday, a day after Russia announced recognition of the independence of Donetsk and Luhansk people’s republics claiming that Ukraine has failed to act on the Minsk agreement signed in 2015 to give autonomy to these regions, US president Joe Biden announced sanctions against some of Russia’s largest financial institutions and high net worth individuals. Some of its NATO allies also announced similar sanctions.

Biden has announced that there will be further severe sanctions against Russia on Thursday after his meeting with G7 leaders. Biden called the Russian action inside Ukraine an “unprovoked and unjustified attack by Russian military forces.”