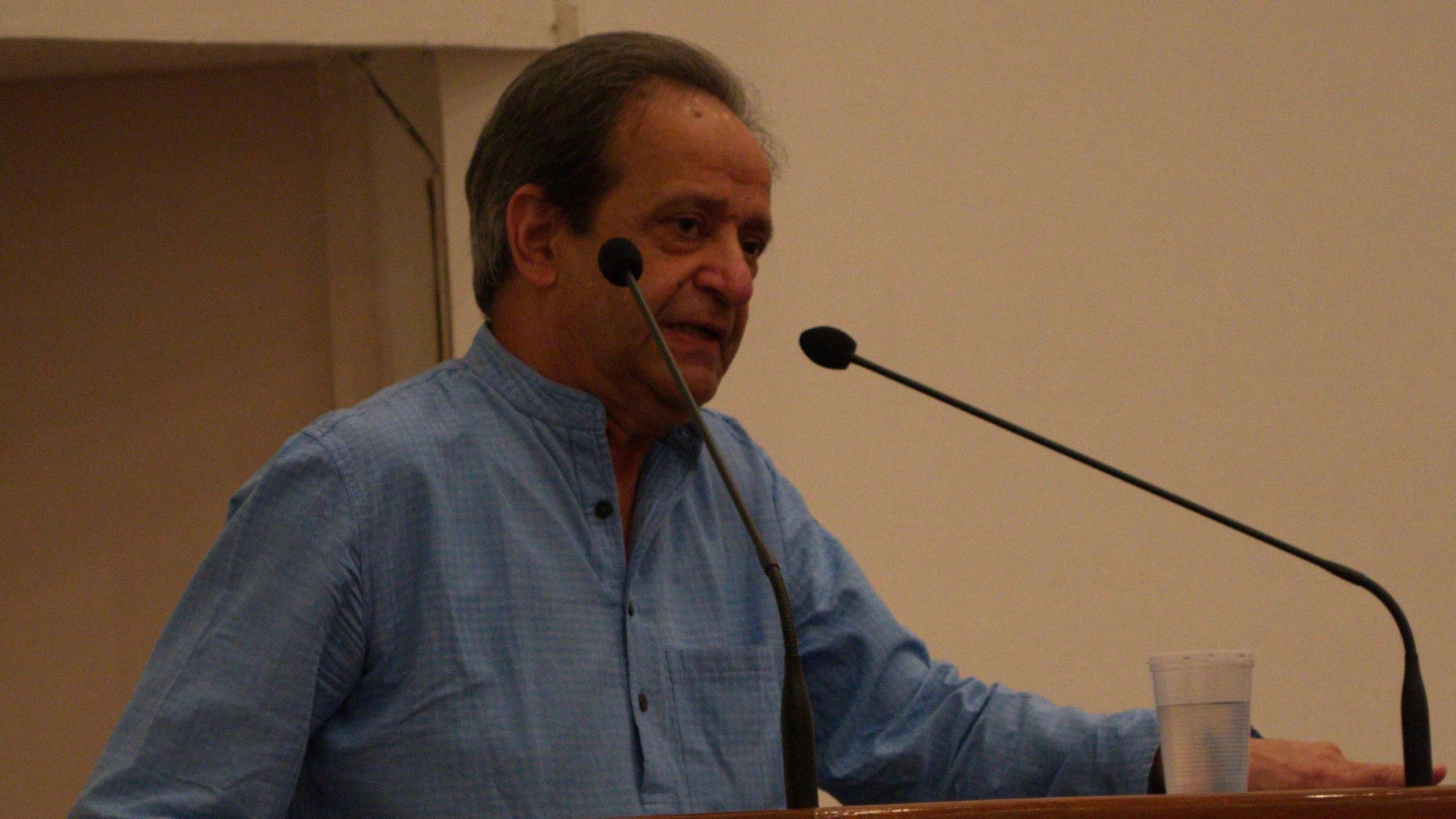 Leading Marxist philosopher and political commentator Aijaz Ahmad died on Wednesday, March 9, at his home in California, US. He was 81 years old and had been undergoing treatment for some time. He was discharged from hospital a few days before his demise.

Born in 1941 in India, Ahmad’s family moved to Pakistan after partition where he completed his education. After completing his Masters in English literature from Lahore, he taught at different universities across the world, including at Jawaharlal Nehru University, New Delhi, and was working with University of California in the US at the time of his death.

Ahmad authored numerous books and articles on Marxist philosophy, imperialism and political events shaping world history. His most popular works include In Theory: Classes, Nations, Literature (1992), Ghazals of Ghalib (1995), Lineages of the present: Ideological and Political Genealogies of Contemporary South Asia (2001), and Iraq, Afghanistan and the Imperialism of our time (2004), among others. A collection of his interviews, Nothing Human is Alien to Me, was published by LeftWord Books last year.

Ahmad’s critical take on the works of Edward Said and Fredric Jameson, in particular, are considered authoritative Marxist positions on some of the most significant theoretical works of the late twentieth century. His extensive commentaries in Frontline during the US-led invasions in Iraq and Afghanistan helped shape the understanding of imperialism in the present times.

Ahmad regularly contributed to various progressive journals and magazines such as Frontline, Socialist Register, The Marxist and Monthly Review, among others. He was a regular commentator on global issues on NewsClick since its inception.

Ahmad started participating in leftist movements from his college days in Lahore. He was also associated with the trade union movements there, and regularly participated in anti-imperialist mobilizations. After he shifted to the US in the early 1970s, he became active in the anti-Vietnam war “Coalition for Peace and Justice.”

Ahmad regularly intervened in public discussions on issues such as imperialist wars in West Asia and Afghanistan, the global rise of the right wing and imperialist interventions. His involvement with socialist movements across the world was an inseparable part of his academic work. After moving back to India in 1985, Ahmad was closely associated with the Communist Party of India (Marxist) and several movements.

Ahmad  was forced to leave the country amid tightening visa restrictions and the coming to power of the right-wing Bharatiya Janata Party (BJP) in 2014. He was a harsh critic of the BJP and other right-wing forces, especially their role in the 2002 Gujarat religious riots.

Several movements and people took to social media to express their grief at the passing of Aijaz Ahmad. They recalled how his interventions helped them shape their own understanding of crucial issues affecting the world. Ahmad’s jargon-free phrases were a cherished way of education in Marxist theory and philosophy for many. “My friend and teacher, my Marxist guru, has left us,” wrote Vijay Prashad on Facebook, who co-authored Nothing Human is Alien to Me.  Sudhanva Desphande, a cultural activist who works with LeftWord Books which published some of Ahmad’s works, called him the “sharpest Marxist mind I ever encountered.”

Aijaz Ahmad, our senior fellow has left us today. He was a leading Marxist philosopher and cultural theorist, author and editor of many books and journals.

The CPI(M), recalling Ahmad’s association with the party, tweeted that “his death is a huge loss to those who believe in and fight for socialism throughout the world.”

CPI(M) expresses its deep sorrow at the passing of the towering Marxist intellectual, theorist and Comrade—Aijaz Ahmad on March 9 in the US. He was closely associated with the CPI(M) and was always willing to give time to address numerous seminars, meetings throughout India.

LeftWord Books issued a statement hailing Ahmad’s contributions: “A highly respected Marxist intellectual, Aijaz helped build LeftWord from its early days in 1999 to the present.” It also announced that it will soon publish a collection of his articles and a book on Marx’s political writings which has an introduction by Ahmad.

Aijaz Ahmad (1941-2022) shaped all we did at LeftWord — he was our first author; on our first editorial board; our friend, guide, critic; our theoretical rudder. Laal salaam, comrade teacher. pic.twitter.com/5PbpT099F7 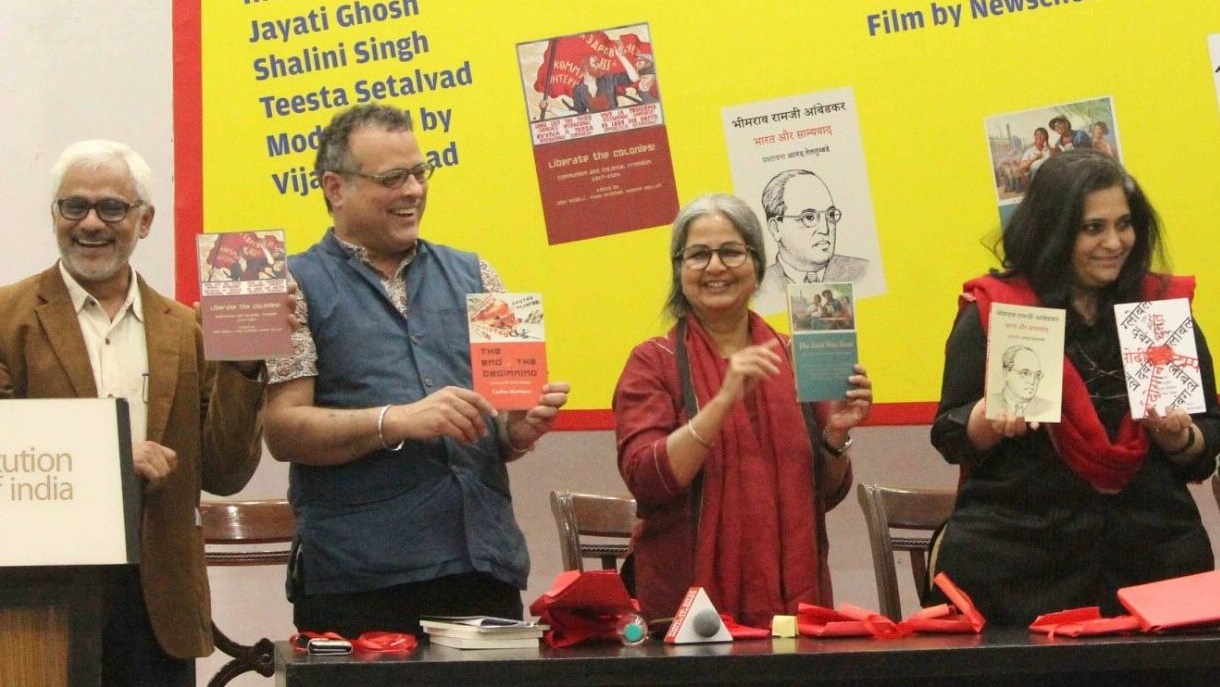