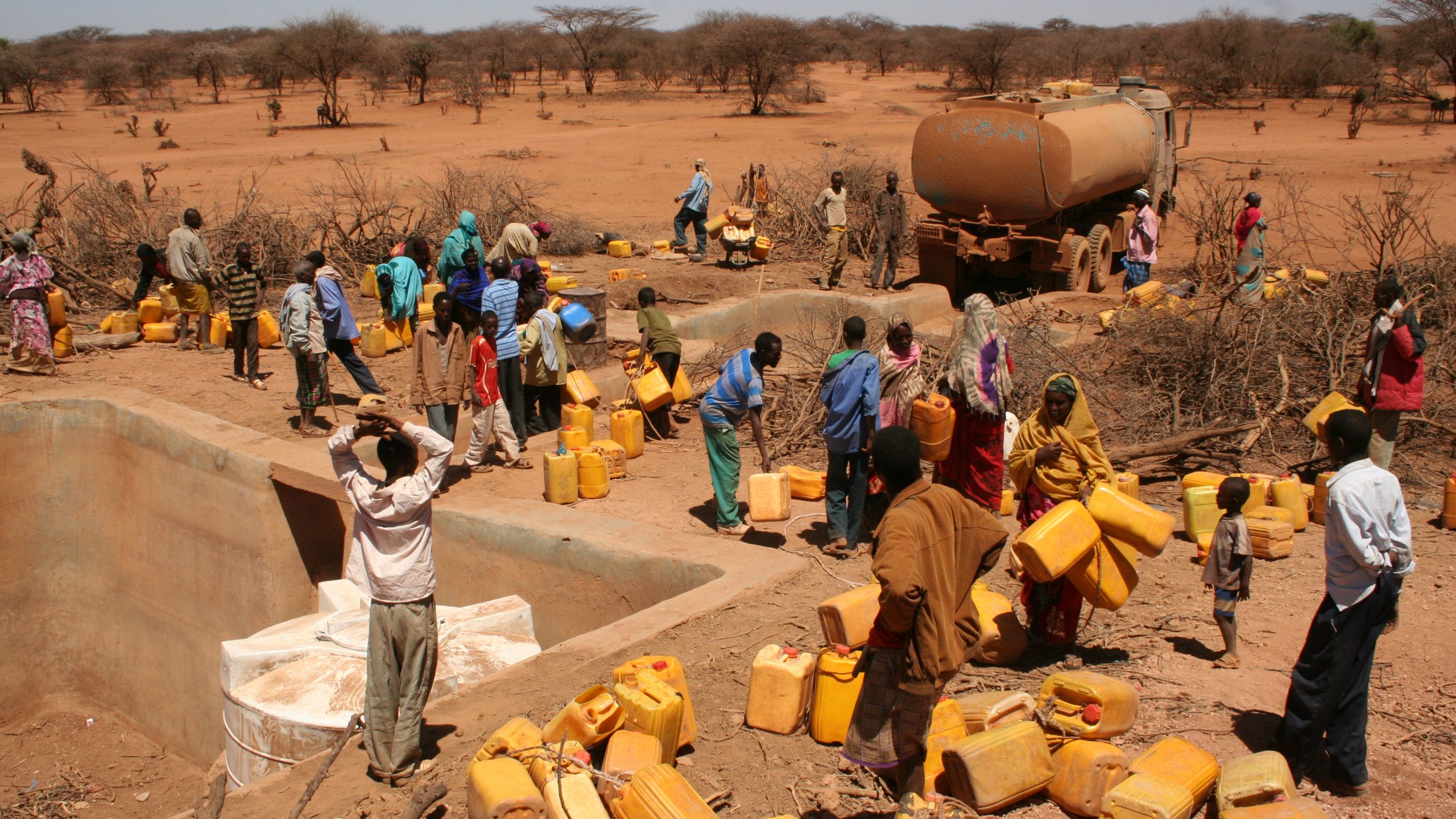 In absence of a massive expansion of public investment, ensuring water, sanitation and hygiene services for all remains a distant dream.

80% of the rural population on the African continent lack safely managed drinking water, 75% lack safely managed sanitation, and 70% lack basic hygiene services, according to a special report of the WHO/UNICEF Joint Monitoring Program for Water Supply, Sanitation and Hygiene (JMP).

This report was launched on Tuesday, March 22, at the 9th World Water Forum on the topic of “Water security for peace and development”. The forum, extending from March 21 to 26, is being hosted for the first time in sub-Saharan Africa, in Senegal’s capital city of Dakar.

Organized every three years by the World Water Council since 1997, this Forum is described on its website as the “world’s largest event on water”, bringing together participants from “all levels…including politics, multilateral institutions, academia, civil society, and the private sector.”

“Universal and equitable access to safe and affordable drinking water for all” and “access to adequate and equitable sanitation and hygiene for all” are among the key targets set by the Sustainable Development Goals (SDGs) for 2030.

Africa is a long way from meeting these targets. The report noted that an estimated 418 million people lacked “even a basic level of drinking water service”. 839 million have no access at all to basic hygiene services. 779 million lack basic sanitation services, 208 million of whom must resort to open defecation.

While the population of Africa increased by 500 million—from 800 million to 1.3 billion —between 2000 and 2020, only 290 million have gained access to basic sanitation services.

“In a time when water scarcity fuels conflicts and water points are targeted, UNICEF calls for urgent actions. We need water, sanitation and hygiene in schools, especially for girls who may miss school because there are no toilets or because they have to fetch water. Women and children need safe access to water,” said Marie-Pierre Poirier, UNICEF’s Regional Director for West and Central Africa.

“As climate change puts additional pressure on resources, we need climate risk-sensitive and resilient water, sanitation, and hygiene services for children and their communities. And we need it now,” she stressed.

Africa is not resource poor. Most countries in Africa have sufficient ground water to sustain the whole population for over 50 years of drought, according to a study presented at the forum on March 21 by British Geological Survey (BGS) and WaterAid.

The exceptions include Rwanda, whose aquifers can supply water for less than five drought years. Burundi and Uganda have ground water to suffice for five to ten years of drought. “Uganda, Rwanda and Burundi are showing up as anomalies as they have large populations residing on relatively low storage aquifers,” its report said.

The “groundwater resources are maybe 20 times the amount of water we have in the rivers and lakes of Africa,” said BGS chief researcher Alan MacDonald.

While such reserves are reassuring, extracting water to supply the rural communities most in need requires infrastructure most African countries lack. Governments have not sufficiently invested in such infrastructure with many being dominated by a neoliberal economic orientation that de-incentivizes investment in the public sphere.

As the report recommends: “Increasing water and sanitation financing for communities who are marginalized from these essential resources through a fixed percentage of annual government budgets and increased international donor and private sector investment.”

However, recommendations to limit government spending and rely on private investment are in line with the very same neoliberal austerity policies which have created the water crisis.

Supplying water, sanitation and hygiene services to the rural population is not a profit-making enterprise, and provides no incentive for private interests.

In absence of a massive expansion of public investment, which is actively discouraged by international agencies and the western governments, ensuring water, sanitation and hygiene services for all remains a distant dream.