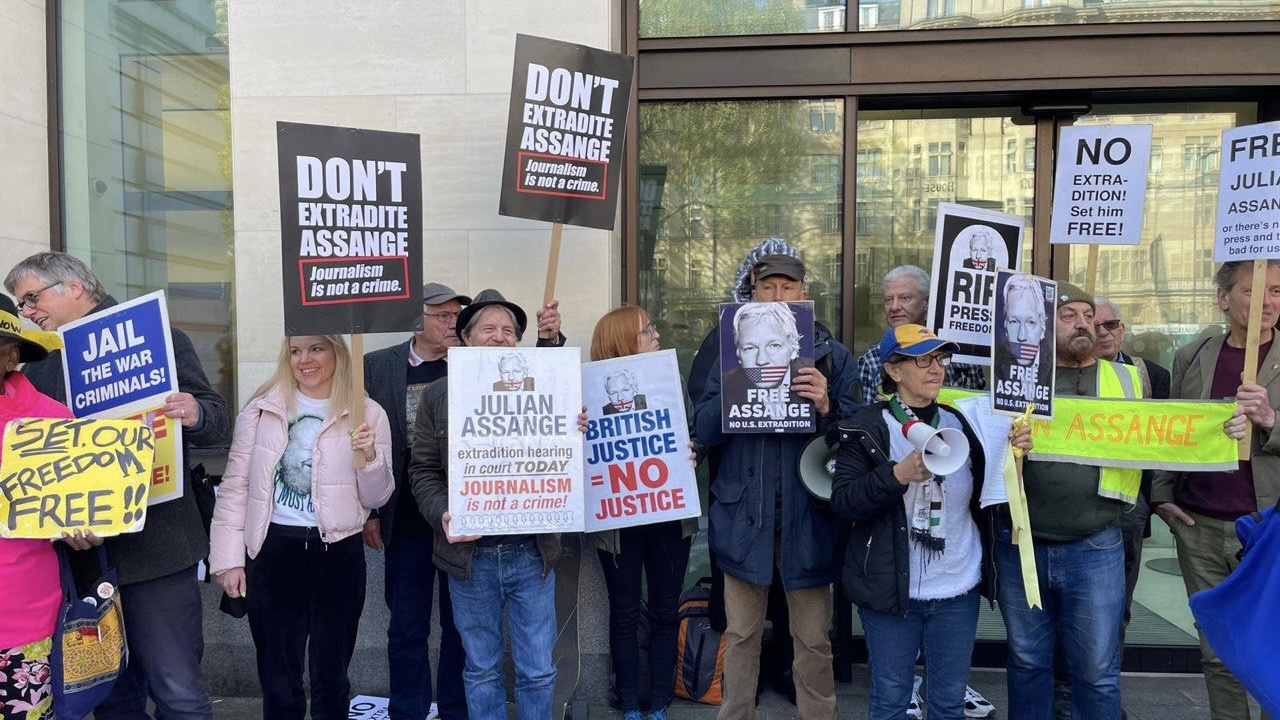 Patel’s decision will not be bound by the same processes that the courts have to abide by when passing a decision, and will be entirely under her or the government’s discretion. As she is a member of the Boris Johnson cabinet and the ruling Conservative Party, Patel’s decision adds political overtones to the final process.

Assange attended the court hearing on Wednesday, via video conferencing from the high security prison complex in Belmarsh, London, where he has spent over three years without charges. The district court’s order was made regarding the implementation of a December 2021 decision by the High Court in London, which overruled an earlier decision by the same court and sanctioned the United States’ extradition request.

If extradited, Assange will stand trial before a federal grand jury for 18 charges, which include 17 under the infamous Espionage Act, that carry a combined maximum prison sentence of 175 years.

The prosecution in the US, initiated under the presidency of Donald Trump and continued under the Joe Biden administration, is based on the publication of leaked classified documents that exposed US war crimes in Afghanistan and Iraq, along with other violations of international laws.

The US government holds that Assange unlawfully conspired with whistleblower Chelsea Manning to access the leaked documents, which Assange and his lawyers have argued is an allegation made without any evidence. Revelations made during the course of the extradition also exposed that the US prosecution is partly based on falsified testimonies and illegal snooping on Assange during his confinement in the Ecuadorian embassy in London.

The highly political nature of the prosecution, and the recently exposed decade-long pursuit by US intelligence and other federal agencies of Assange, has been widely criticized by rights groups and civil liberty advocates as an attack on press freedoms. Assange’s supporters have repeatedly demanded the US and UK governments to drop the cases against him and for his release.

On Wednesday, as the court passed the extradition order, supporters gathered outside the Westminster Magistrates’ Court to protest the continued arrest and persecution. Former UK opposition leader and leader of the Labour Party, Jeremy Corbyn, told the crowd gathered outside the court that secretary Patel “will now have a choice: to stand up for journalism and democracy, or sentence a man to life for exposing the truth about the War on Terror.”

“If (Julian Assange) is extradited to the US… all journalists around the world will have to look over their shoulders… if they publish something the US considers to be classified, they will face the risk of being extradited ,” said Amnesty International Simon Cowther, who was also present at the demonstration outside the court premises.

Supporters and rights groups have also repeatedly pointed to the fact that extradition will also be in contravention to the bilateral extradition treaty signed between the US and UK, which explicitly prevent any extradition for political crimes.

“The UK has no obligation to extradite Julian Assange to the US, in fact it is required by its international obligations to stop this extradition,” said Stella Assange, Assange’s wife and lawyer. “This is a political case..free Julian Assange.”